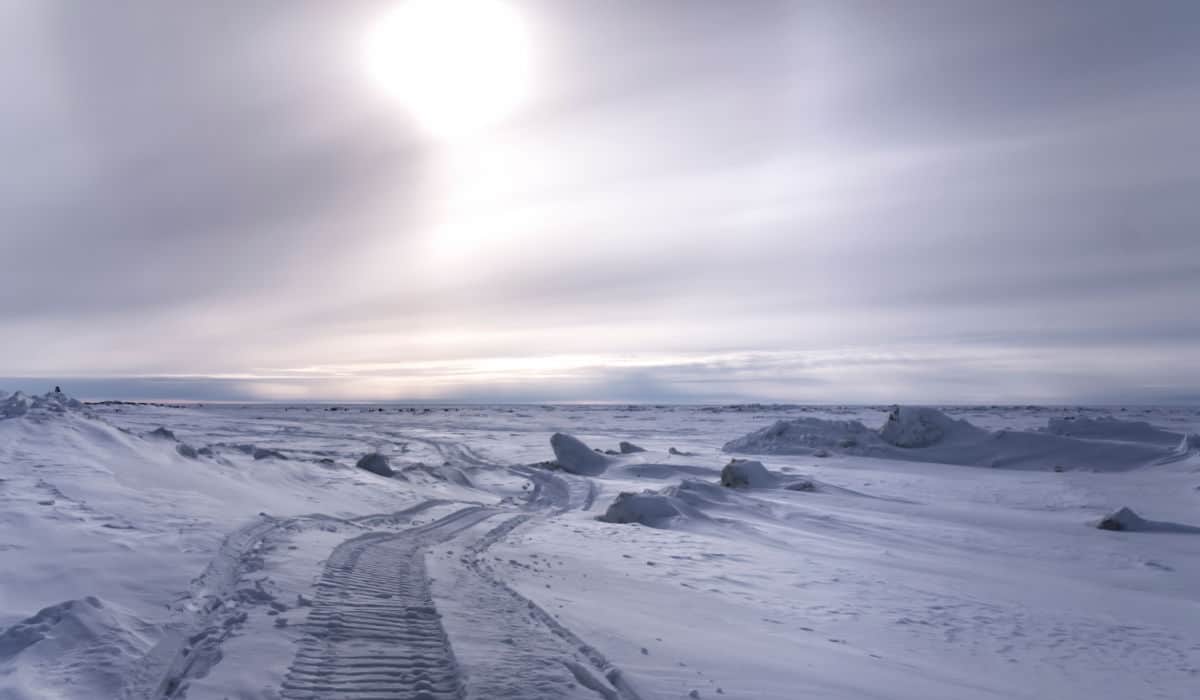 Ever since the movie “30 Days of Night” came out when I was in college, people have been asking me if Alaska really gets six months of darkness and six months of sun.

I don’t really know much about the movie but, as I live in Alaska, I do know a thing or two about the light/dark cycle here. Or, as other people call them, “day and night.”

However, before we get into the subject of Alaska’s “six months of night” here are a few points about the state of Alaska itself that I’d like to get to. Mainly because the question itself belies a misunderstanding about some pretty crucial aspects of Alaskan life.

However, I will say that the idea of a half-year night is neither entirely true nor false.

But here’s the reality:

The Size of Alaska

First, I’d like to point out that Alaska is a very large state. The largest in the union and about 12% larger than Texas, as most Alaskans are happy to remind everyone.

The distance from Utqiagvik (formerly known as Barrow) up north to Ketchikan in the Southeast is a little over 1,300 miles. This is longer than the distance from New York City to Miami.

The large size means that the weather, temperature, and general climate can be very different in different parts of the state.

The Light/Dark Balance In Alaska (By Region)

Having lived in Juneau for 30 years, I can tell you that we don’t get six months of pure darkness and six months of sun every year.

That being said, just because it isn’t literally true doesn’t mean that we don’t feel like it sometimes. I spent years going to work in the dark and coming home in the dark.

It does stay very light in the summer, though. I’ll often go out on evening walks and it’ll be as bright as midday at 10:30 PM.

Since they’re farther north than I am in Juneau, Anchorage in South Central and Fairbanks in the interior have a more extreme day/night differential between summer and winter.

This is the region that gives Alaska its nickname of “Land of the Midnight Sun,” which is also associated with Norway since they also experience multiple days a year without sunset.

There are several overnight sports tournaments held in the region that also use the name “Midnight Sun.”

When I was a kid, it was just softball, but I’m told that they now have soccer and rugby union tournaments as well.

No discussion of Alaska’s sunlight hours by season would be complete without discussing Utqiagvik (formerly known as Barrow), the northernmost city in the state.

The Earth is tilted on its axis by an average of 23.5 degrees, although that number isn’t fixed and sometimes it’s a degree or so on either side.

This tilt creates something called The Arctic Circle, which is defined as the lowest line of latitude where the sun does not set on the Summer Solstice in June or rise on the Winter Solstice in December.

As I understand it, in winter, the Earth’s rotation causes the Arctic Circle to mostly stay in the same position.

Specifically, that position is away from the sun, which is why it stays dark for long periods of time in winter. This phenomenon is called “polar night.”

This is why Utqiagvik experiences the most extreme changes in sunlight between winter and summer compared with the rest of the state (and, of course, most of the rest of the world).

I remember reading an article in some newspaper a year or two ago that was published in the middle of November, just a few days before my birthday.

That article is where I learned that Utqiagvik’s polar night of the year was about to start and would continue for almost two months. There was no sunlight in the city for over two months.

I knew that the “30 Days of Night” thing I referenced earlier was based in reality, but I didn’t know that it went on for two months.

Then, a few months later, I ran into a guy from high school who works in the oil fields up at Prudhoe Bay, about 200 miles from Utqiagvik, but at a slightly lower latitude.

He told me that all the locals up there are used to it by now and it doesn’t seem weird to them at all to not see the sun for two months at a time or to have the sun stay for two months in the summer.

At first, I was confused as to how anyone could ever get used to that, but then I realized I used to live a mile from the Mendenhall Glacier and I wear a jacket every day in summer, so I guess every place has things that seem normal to locals and not others.

The idea that Alaska has six months of darkness and six months of sun is not entirely true, as I suggested at the beginning of this article, but there are elements of truth to it.

It certainly feels that way to a lot of Alaskans, including myself at times. That said, Alaska has an area of over 663,000 square miles, which is larger than France. If Alaska were its own country, it would be the 16th-largest in the world!

However, in our northernmost city of Utqiagvik, they only experience around two months of total darkness in the winter and two months of permanent sunshine every summer.

That said, when I worked indoors and had an office with no windows, I would go a week or more at a time without seeing the sun, because it only came up for a few hours.

I hope this doesn’t scare you from wanting to come and visit us! Alaska is still one of the most beautiful places on Earth and you’ll have plenty of sunlight in the summer to check it out.

You could also come in the winter and see how real Alaskan sourdoughs live, although I would definitely recommend somewhere in the southeast panhandle over Utqiagvik!

No matter when you choose to visit, you’re almost guaranteed to have an amazing time. We can’t wait to see you soon!