Juneau, Alaska is a popular destination for tourists, with roughly 900,000 cruise ship passengers and about 100,000 additional visitors every year.

Due to its location, geography, and other factors, it is truly a unique city, although the same can be said for much of the rest of the state as well.

The City of Juneau also contains the community of Douglas, which is located across a bridge from downtown on its namesake island.

Auke Bay, about 15 miles south of downtown, is occasionally considered by some of its locals to be its own city, although it is unincorporated and legally a neighborhood.

With a population of over 32,000 people, Juneau is Alaska’s third-largest city and by far the largest in Southeast Alaska.

By area, it is the third-largest city in the United States and is bigger than both Rhode Island and Delaware!

The major employers in the city are governments, with nearly half of the workers being employed by the federal, state, or city.

The largest private sector employer is tourism, which makes sense given the large number of visitors Juneau sees every year.

Since most of these jobs are seasonal, a lot of them are held by non-Juneau residents who come up to work for the summer before returning home.

There are many beautiful sights to see in Juneau, the most popular being the Mendenhall Glacier, about 13 miles from downtown. Tour buses and shuttles leave from the cruise ship docks downtown on a regular basis, allowing for easy access.

On the downtown side, the Mount Roberts Tramway is also very popular, where a six-minute ride takes visitors over 3,000 feet up Mount Roberts, giving beautiful views of nature and of the city itself.

There are also several museums downtown, dedicated to both city and state history. Many Alaskan Native artifacts can be seen here, as well as items from Juneau’s mining days.

There are also boat and air excursions available, including a helicopter that lands on the Mendenhall Glacier and allows you to walk around.

There are also several charter fishing boats that will take you to the best spots to catch salmon or halibut, then take them to a processing plant and mail them to your home.

How To Get To Juneau

Despite the fact that Juneau is situated on the Alaskan mainland, there are no roads going in or out of the city. The only way to get here is by plane or by boat.

The most common way for visitors to come to Juneau is by cruise ship, with sometimes as many as five in town at one time.

Others fly here on Alaska or Delta Airlines to Juneau International Airport and rent a car for their journey.

Another popular way is to take the Alaska Marine Highway ferry from Bellingham, Washington, and sail up through the Inside Passage.

Taking a ferry also allows people to bring their own vehicles instead of renting one in town. Drivers can also put their vehicles on the ferry to or from Skagway, which does have road access through Canada.

Where to Stay, Eat, and Shop in Juneau

For those visitors not coming on a cruise ship, your choice of hotel should be determined by whether or not you plan on renting a car.

If you do, there are several great hotels by Juneau International Airport in the Mendenhall Valley a few miles from downtown, including an Extended Stay directly across the street and the Aspen Hotel just a few blocks away.

If you will not be renting a car, you may want to stay downtown, where almost everything you’ll need will be within walking distance. The historic Alaskan Hotel is very near to gift shops and bars on South Franklin Street.

There are many great dining options downtown as well, including the halibut and chips at the Twisted Fish on the cruise ship docks, near the Mt. Roberts Tram.

There are also several food trucks in Pocket Park, located at the corner of South Franklin and Front Streets, including Deckhand Dave’s, which sells fish tacos.

There are many gift shops located on South Franklin Street as well, across the street from the cruise ship docks, with many selling jewelry, souvenirs, Billikens, and much more.

A full-service grocery store called Foodland IGA is located about half a mile down Egan Drive, across the street from the bowling alley.

The Tlingit people have called Juneau their home for many years, which they call Dzántik’i Héeni, “Where The Flounders Gather.”

The Haida came to Juneau and there has long been cooperation between the two groups, with the names “Tlingit and Haida” being used more commonly together than apart in many cases.

There are also some Tsimshian people in Juneau, although they primarily live in Metlakatla or British Columbia.

During the Klondike Gold Rush in the late 1800s, two prospectors came to Southeast Alaska looking for gold, a gentleman from Quebec, Canada, named Joe Juneau, and a man from Ireland named Richard Harris.

They were taken to Douglas Island by the local Tlingit leader, Chief Kowee, who is credited with discovering much of the area.

The town was originally named Harrisburg, after the Irish-born Harris, but was officially named Juneau after a vote took place in the miner’s camp. Juneau received the most votes after allegedly buying drinks for his fellow miners in exchange for their support.

Juneau was officially founded in 1905, four years after Ketchikan was incorporated as Alaska’s first city. The next year, the capital was officially moved to Juneau from Sitka.

Today it remains one of the most popular cities to visit in Southeast Alaska and we can’t wait to see you on your next visit! 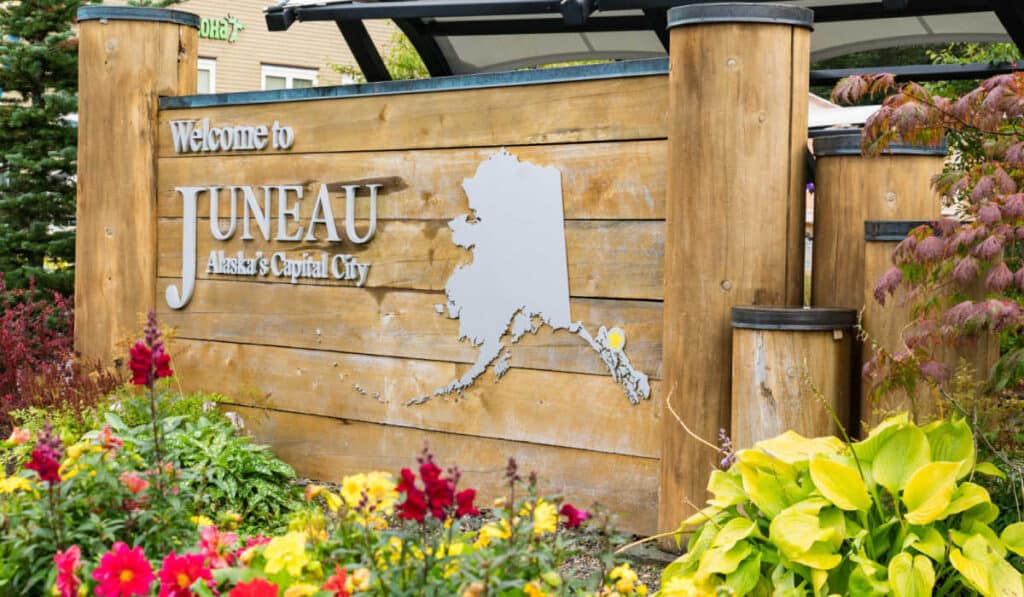 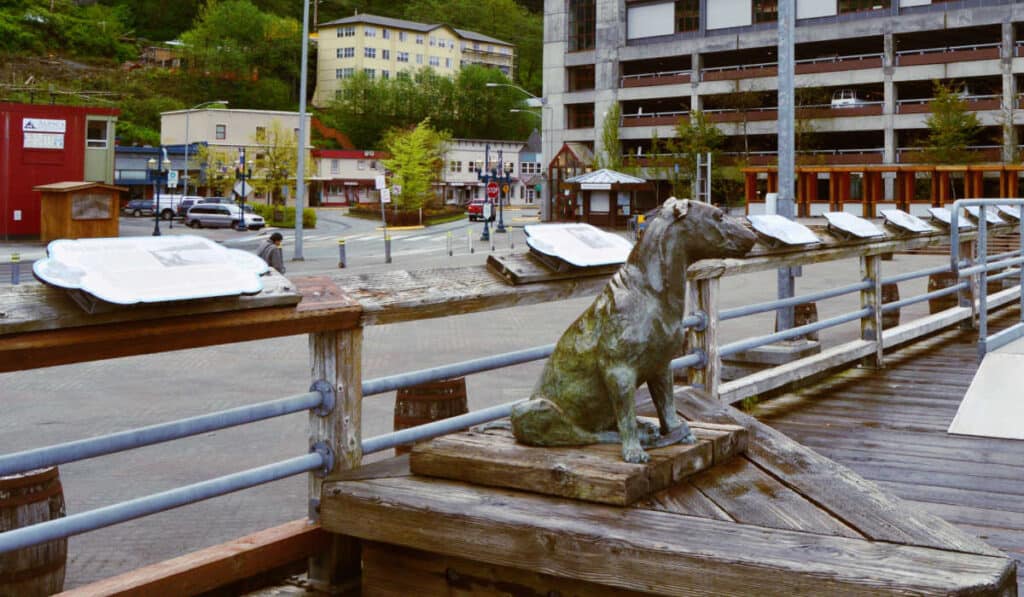 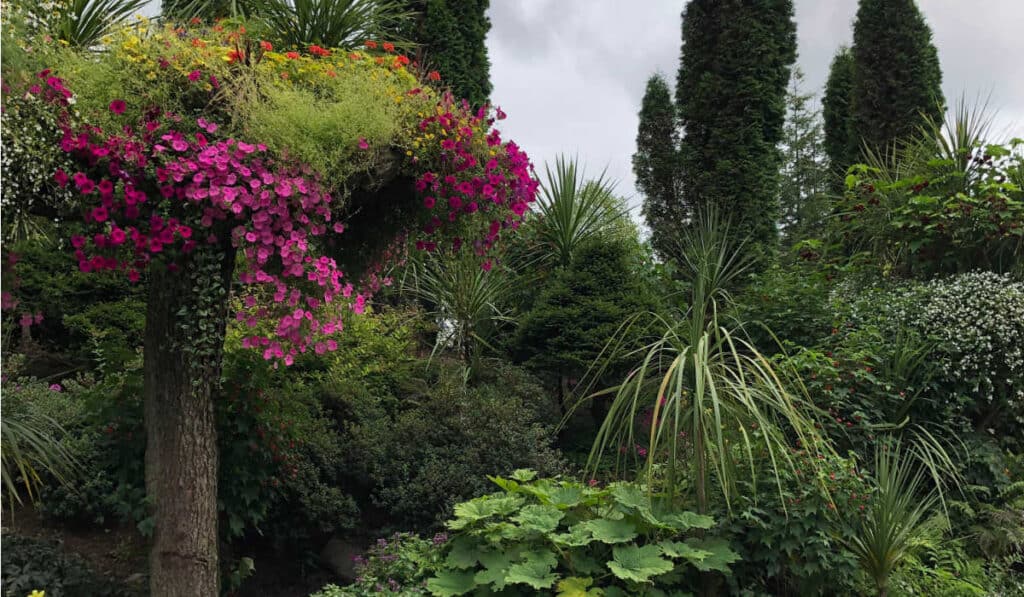 The Strange Story Of Alaska’s Upside Down Trees (Trip Report)

Alaska’s Mendenhall Towers – Everything You Want To Know 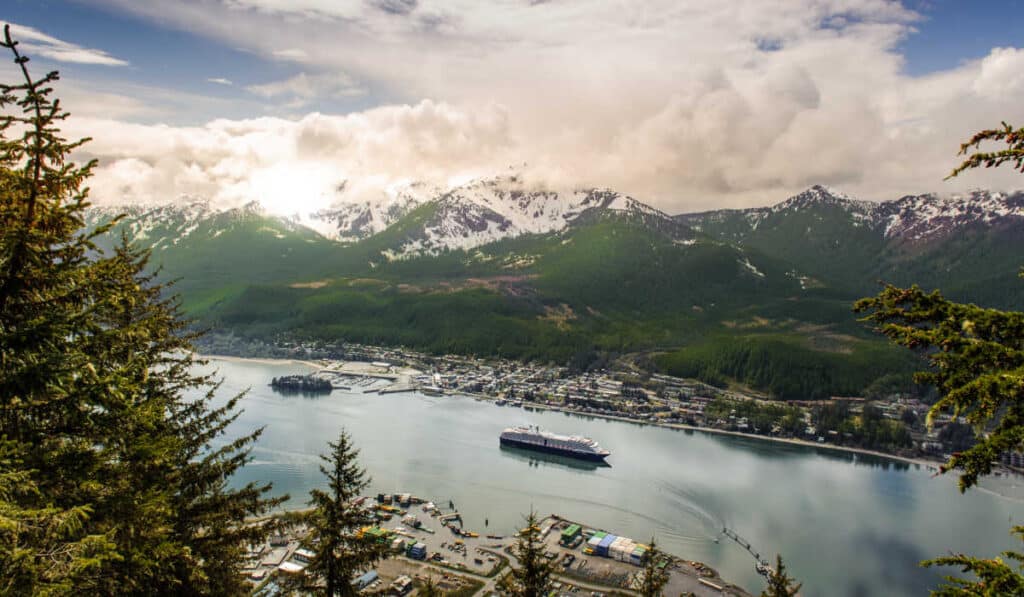 Weather In Juneau Alaska- What To Expect During Your Visit 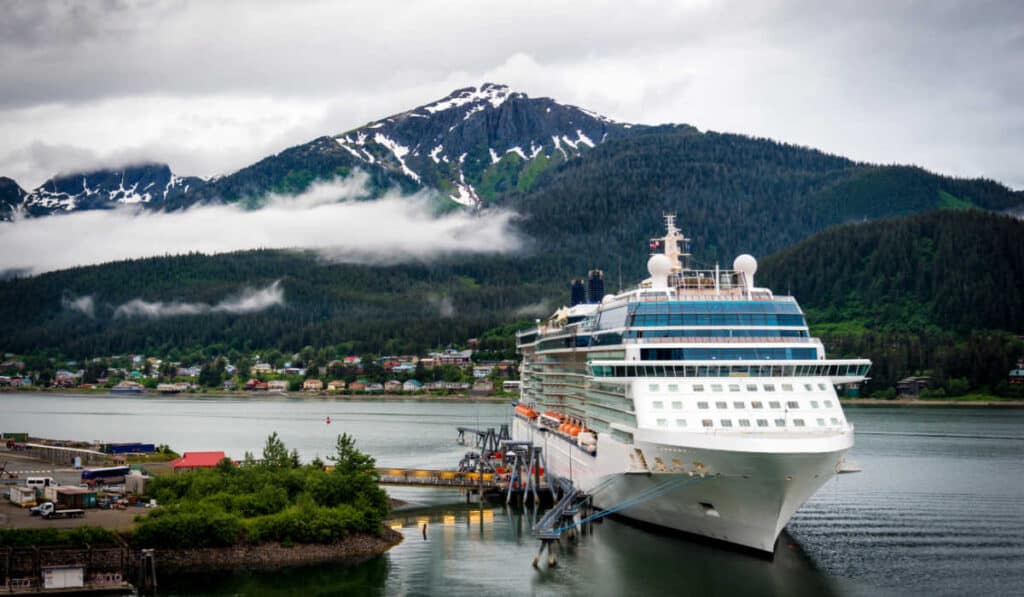 The Perfect One Day Cruise Itinerary For Juneau, Alaska 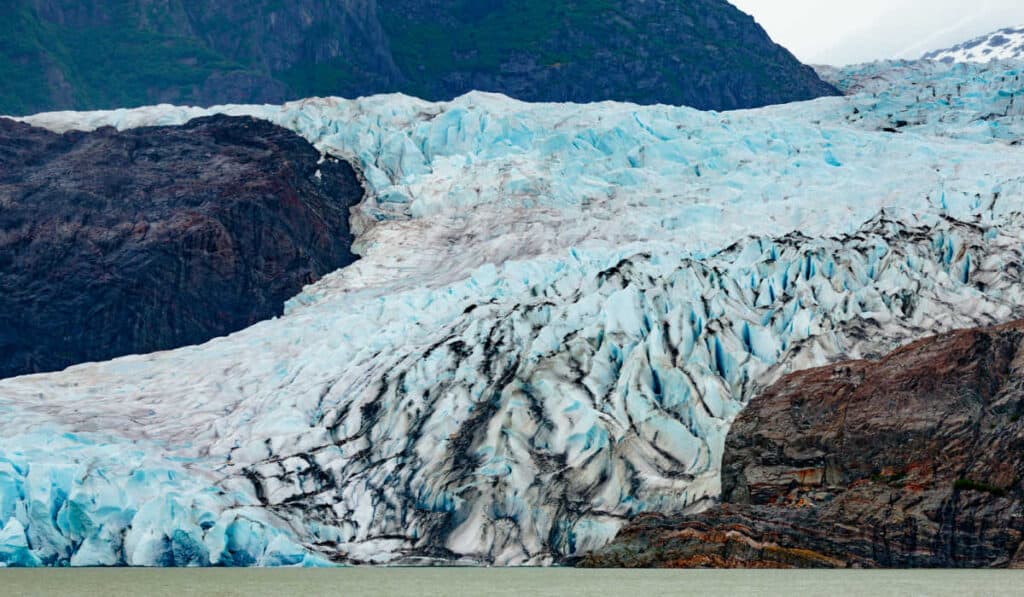 How To Get To Mendenhall Glacier From The Juneau Cruise Port 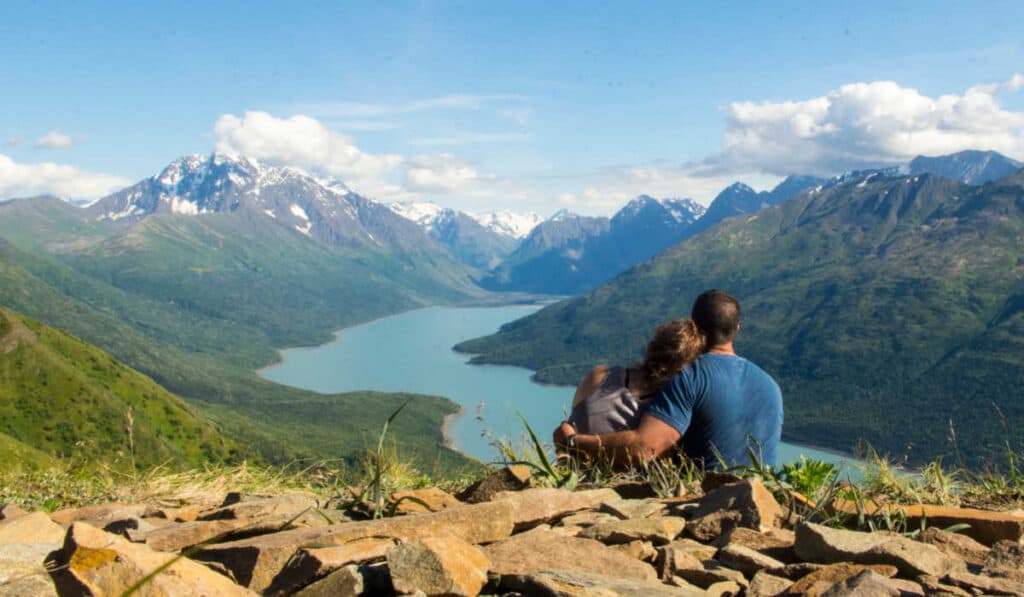 Best Dating Sites (or Apps) For People In Juneau Alaska