Petersburg is a city of just over 3,000 people on Mitkof Island in the Alexander Archipelago in Southeast Alaska.

The main industries in Petersburg are fishing, fish processing, and tourism. Over half of Petersburg’s working population is employed in one of these three fields.

Due to the town’s history, which featured many Scandinavian immigrants, Petersburg is nicknamed “Little Norway.”

It is also uniquely structured in that there is no formal city government. In 2013, the city was incorporated as Alaska’s 19th Borough (the term used in Alaska in place of “county,” similar to Louisiana’s usage of “Parish”).

The Borough of Petersburg now fills the role previously occupied by the city government, although this does not apply to Kupreanof, the other city in the Borough, which retained its previous city government.

It is also home to several festivals, including the Little Norway Festival celebrated the third weekend in May every year.

The festival honors Constitution Day in Norway and is actually two days longer than the official celebration in that country. In its 60th year, it is the longest-still-running festival in the state of Alaska.

Petersburg receives fewer visitors than most other Southeast Alaska towns, with an average of only 50,000 per year. For comparison, Juneau and Skagway receive around one million!

Things to Do in Petersburg

There are many tours available in Petersburg, including kayak tours by Tongass Kayak Adventures, boat tours by Alaska Sea Adventures, and hiking tours by Seek Alaska Tours.

Alaska Passages offers several excursions, including whale watching tours and visits to the LeConte Glacier. Both full-day and half-day adventures are available.

Independent travelers can also charter cruises from Petersburg, as several small cruise ship lines are based in the harbor and will take you around Southeast Alaska.

The Garnet House conducts tours of the nearby Bella Vista Mine, in which tour guests are guaranteed to bring home some gemstones. They also sell pieces of garnet in the gift shop for visitors who don’t have the time to take the full tour.

There are also several other services available to visitors, including a bike sales and repair shop, two electronics stores, and a music shop that sells instruments and gifts.

There is also a Wells Fargo branch in town, one of only eight in Southeast Alaska spread across seven cities, with two being located in Juneau.

You can also check out our article on the 11 Best Things To Do In Petersburg if you have an upcoming trip.

How to Get to Petersburg

Being on an island, Petersburg is only accessible by plane or by boat, like many Southeast Alaska communities.

Only smaller cruise ships visit the town, with just over 100 such ships scheduled to dock in 2022.

The Alaska Marine Highway System (AMHS) stops in Petersburg, although not as frequently as it did before state budget issues and COVID-19 saw a reduction in service.

AMHS ferries in the Inside Passage travel from Bellingham, Washington in the south to Skagway in the north, giving travelers many options for departure ports on the way to Petersburg.

Petersburg James A. Johnson Airport is located about a mile southeast of the main city center and is served by Alaska Airlines, Alaska Seaplanes, and occasionally private aircraft.

The Alaska Airlines flight, known to locals as “the milk run,” leaves Juneau, then stops in Petersburg and Wrangell on its way to Seattle.

There are also several bed and breakfast options in town, as well as a park for travelers who brought RVs on the ferry.

There are also around a dozen food options in town, including sandwiches from The Salty Pantry, Mama Bear’s Pizza, and snacks and coffee available at the Glacier Express Cafe.

The town’s grocery store, Hammer and Wikan, Inc., has operated continuously since 1921 and has a full-service deli with ready-to-eat meals, as well as a bakery.

If you’d like a drink, the Harbor Bar on North Nordic Drive also has an attached liquor store. Kito’s Kave also sells liquor on the historic Sing Lee Alley.

There are several gift shops available downtown as well, including a Native Alaskan gift store called The Cedar Box, a toy store and chocolate shop named Kinder Komfort, and Bloomster Hus, which has Scandinavian-inspired gifts.

Mitkof Island was traditionally used by the Tlingit people of nearby Kupreanof Island as a summer fishing camp.

Carbon dating of fish traps and stone carvings collected from the island show that other Alaska Native groups had used the island over 10,000 years ago.

In 1897, a Norwegian explorer named Peter Buschmann came from Seattle, where he had learned about fish processing and canning.

He realized that the ice of the nearby LeConte Glacier would be perfect for preserving fish and soon built a cannery, docks, and a sawmill. That cannery is now called Icicle Seafoods and has operated continuously since 1899!

Other immigrants from Norway and other Nordic countries soon followed, with the Sons of Norway fraternal organization building a meeting hall, which still stands to this day.

The town was incorporated in 1910 and the population has remained steady over the years, thanks to the fishing industry.

Petersburg is a great destination (or starting point!) for a cruise and can’t wait to welcome you on your next amazing Alaskan voyage! 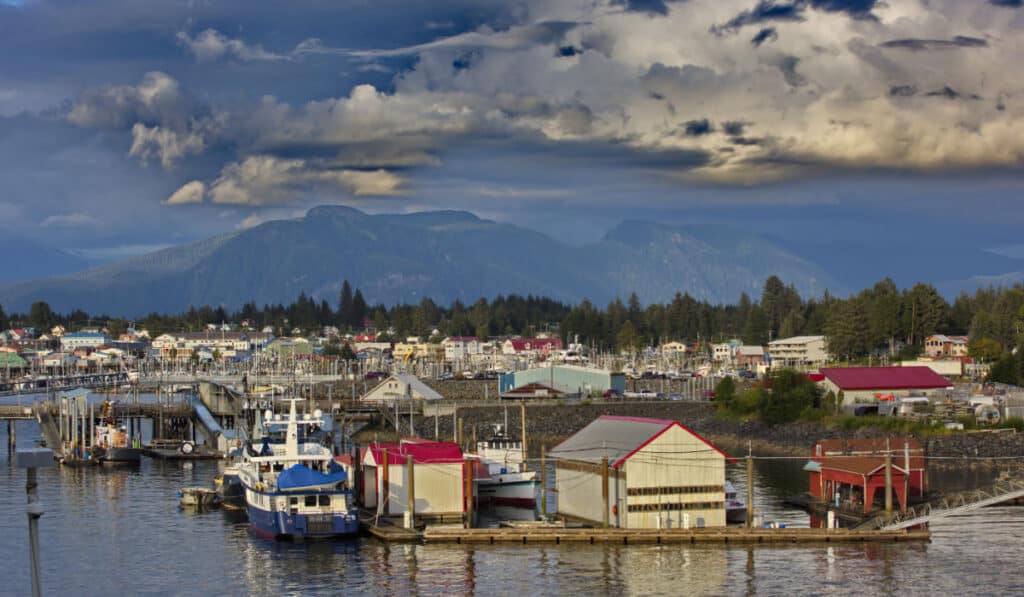 11 Things To Do In Petersburg, Alaska (That Don’t Suck)