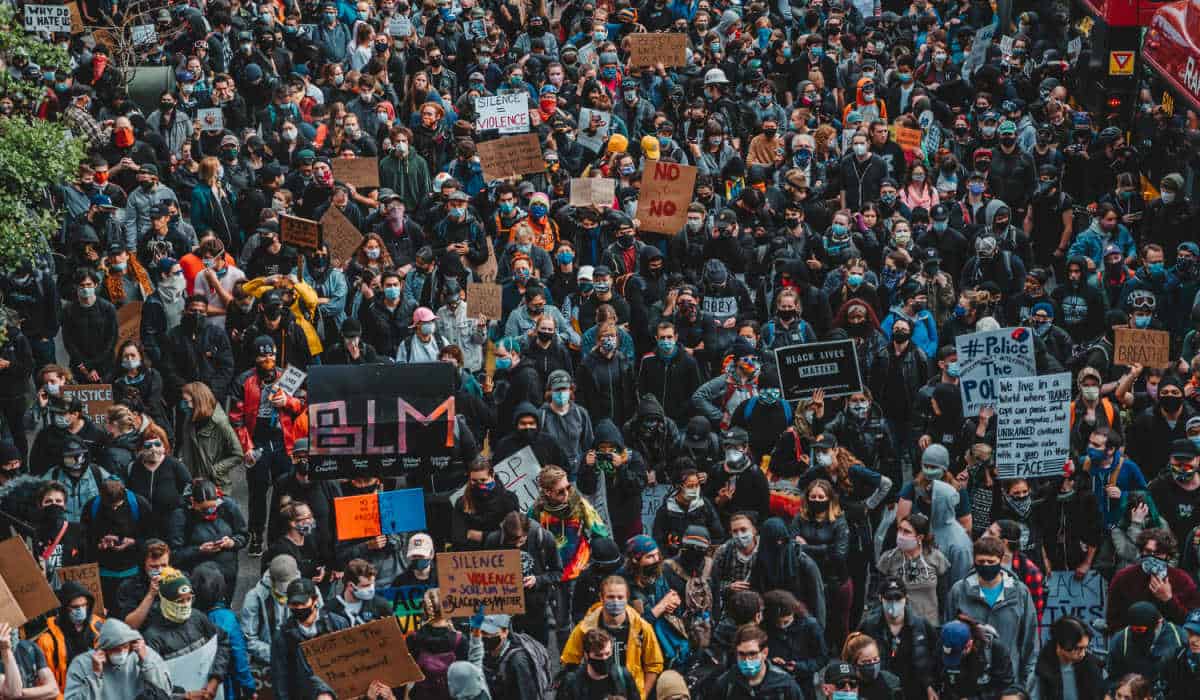 There are two kinds of people at every protest: those who planned to be there and those who had no idea that it was happening and are terrified to find themselves in the thick of things.

No matter which of those camps you fall into, you’d be smart to figure out when protests in Seattle are going to happen if you live in the area or plan on visiting.

In this article, you will find the top avenues to learn about active and upcoming protests in Seattle. Moreover, you will learn everything you need to know if you plan to join or avoid a protest. Let’s get started!

Where To Find Out About Active Protests in Seattle

Are All Protests in Seattle Scheduled?

Not all protests are scheduled in Seattle, though most of them are because of legal requirements.

If you are not planning to block traffic, then your protest can be small and spontaneous. The moment it exceeds over 100 participants, you might get in legal trouble.

Protest organizers in Seattle find it much safer to schedule protests ahead of time and finish the required paperwork in case their protests turn out larger than expected.

Since there is plenty of passion for activism in the Seattle youth, even a spontaneous protest can turn into a large sit-in.

For people who want to avoid protests, checking Google Maps’ traffic page for their regular path is essential even when no protests are scheduled in Seattle.

Individuals who like to protest must approach each protest as if it can be a large gathering.

Do You Have To Have a Permit to Protest in Seattle?

If you consider the potential for even the most minor protests to get out of hand, you might want to know what is required of you to hold a large rally.

It all starts with a permit.

You need to have a permit to protest in Seattle if you plan to march on the road, block traffic or regular business in any way, or gather over 100 people. As a result, most protests in Seattle are scheduled in advance.

Most organizers prefer having the paperwork because if they hold a spontaneous protest and the numbers turn out greater than expected, they may have to prove that they expected a small turnout.

There is not a lot of trust between protestors and police, which is why organizers cover their legal bases and try not to give police any reason to shut down their activities.

Is the CHOP Still in Seattle?

CHOP is no longer in Seattle as the CHAZ area was cleared on July 1, 2020. There are still protests organized by Black Lives Matter and other activist organizations that have demands similar to those of CHOP.

The best way to be involved in civil rights protests in Seattle is to follow Black Lives Seattle on its social media. The organization announces its protests in advance and often solicits support from volunteers.

Are Protests in Seattle Violent?

Generally, protests are not violent in Seattle, but sometimes there can be acts of vandalism and violence when protestors are dealt with force. Before joining a protest, check all the factors, including the subject matter and the history of the organization holding said protest.

Organizations that conduct protests where the police and protestors often clash don’t get the benefit of the doubt whenever they launch a new protest. Police are likely to be quick with force in such cases. There are also protest collectives that have a very peaceful history. They go as far as individually vetting protestors before disclosing the march or sit-in location.

How Do I Get Permission to Protest?

To get permission to protest, you need to apply for a “Special Events” permit from the Special Events Office of the Seattle Government. You have to apply for said permit 90 days in advance and pay a $75 permit fee.

The organizer has to bear general liability insurance unless the special events committee grants an exception. You will most likely get a permit if you position your event as a Free Speech event. The speech content can, then, protest a specific action or policy.

Seattle might have gotten noticed for considerable protests like the CHOP. However, it is not home to daily protests, so you must look up whether active protests are going on or scheduled via the Seattle Protest Network and similar online resources.