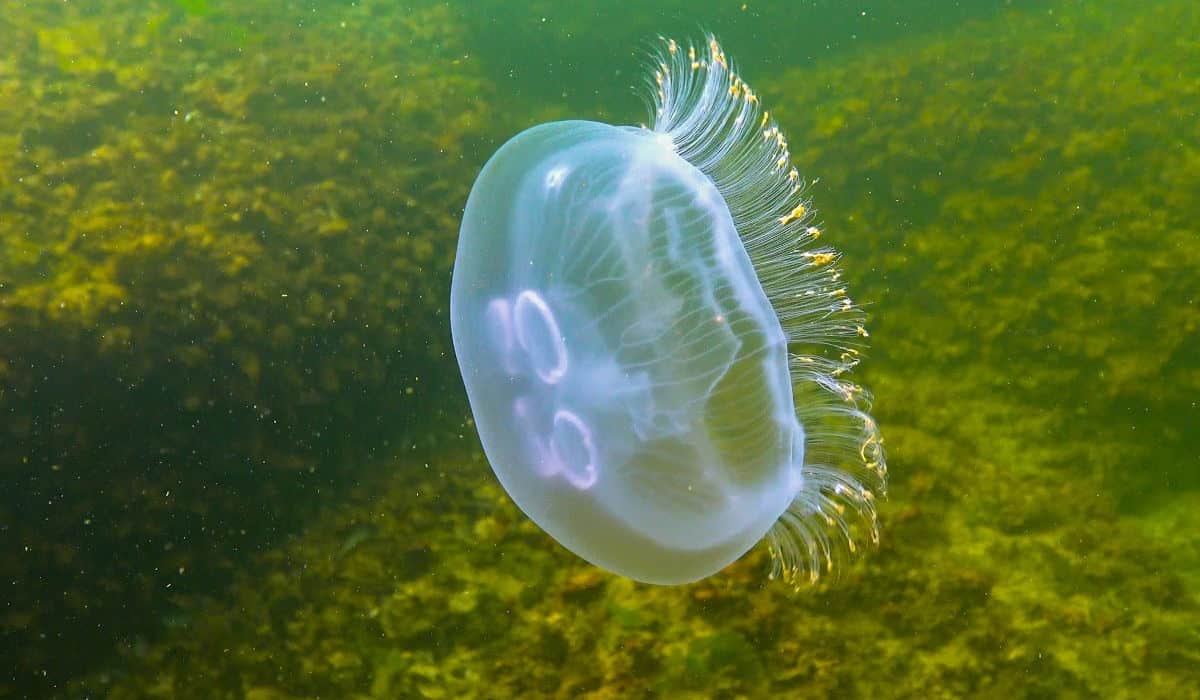 Last week, my entire extended family drove over to Astoria to visit one of the many beautiful beaches. My nieces were there and asked their favorite uncle (that’s me!) to take a walk with them down by the water.

I agreed and we started walking down the beach when suddenly my older niece started running ahead because she saw something. Not wanting her to get too close to the water, I picked up the younger one and ran after her sister.

Seconds later, both of my nieces are pointing at something in the water and asking if I can identify it. I tell them both to stand back and I’ll go check it out. I told them it was a jellyfish, hoping they wouldn’t ask for more information.

Unfortunately for me, they immediately asked me what type it was. I could see it was clear and that was about it.

Luckily, my wife walked up behind us at that exact moment and was able to identify it, saving me from the embarrassment of having to tell my nieces I didn’t know something (they still think I’m a genius…)

What is That Clear Jellyfish on the Oregon Coast?

The clear jellyfish most commonly found on the beaches here is Aurelia aurita, commonly called the moon jellyfish or moon jelly. It is almost entirely translucent, except for its reproductive organs, which are purple.

Although there are more than a dozen types of jellyfish in the Pacific Northwest moon jellies are by far the most common. They are most often found in tropical waters, but have proven to be highly adaptable and can survive in water between 21 degrees and 88 degrees Fahrenheit.

If you’re wondering about the parentheses, there is a big debate about whether they should continue to be called “jellyfish” or have that changed to “jelly” since they aren’t fish at all.

As for me, I’ll probably use both at different times just to mix it up. A rose by any other name would smell just as sweet, right? I’ll still call it “horseradish” even if it isn’t made out of horses or radishes.

Are Moon Jellyfish Dangerous? Can They Be Kept as Pets?

Like most species of jellyfish, moon jellies do have a sting, but it is not considered dangerous for humans. You’ll have a rash for a few hours and it won’t feel great but it isn’t life-threatening.

It is legal to keep moon jellies and most other types of jellyfish as pets. I’d probably get my nieces a goldfish instead, but if you’d like to own a jellyfish, go right ahead!

Moon jellies are the most common type to own as pets, probably because they aren’t hazardous to humans. You’ll need a large tank filled with saltwater and you’ll want to make sure their food isn’t too acidic, but they’re relatively low maintenance.

Under proper conditions, a pet moon jelly can live about a year to 15 months. I’d probably recommend getting one from a reputable store that sells them instead of taking one off the beach, but that’s just my opinion.

Can You Eat Moon Jellyfish?

On the opposite end of the spectrum from owning one as a pet (although I suppose if your pet moon jelly passed away and you could honor its memory by eating it), some people will want to know if they can eat jellyfish.

For moon jellyfish, the answer is yes. Not all species of jellyfish can be eaten, as some of them are toxic to humans, but moon jellyfish are the most common type that is edible.

It’s not very common in the Pacific Northwest, but in China and Japan, it is considered a delicacy. Their bodies are 95% water, so they aren’t particularly nutritious but they are low in calories.

I’ve never had one myself but I’m told they have a salty taste, which would make sense as they live in saltwater.

If you do decide to eat some jellyfish, you’ll want to make sure you clean it thoroughly beforehand. Jellyfish “breathe” by absorbing oxygen from water, which means bacteria getting in is also common.

If you’re at the beach on the Oregon coast and you find a clear jellyfish in the sand or the water, it is very likely to be the moon jellyfish.

You can keep them as pets or eat them (or both!), just as long as you handle them with care and respect. Their sting isn’t dangerous but as for me, I’d rather not deal with a rash for a few hours.

You can see these creatures and many other species of marine wildlife on the numerous beaches along the Oregon coast. We can’t wait to welcome you here on your next exciting Pacific Northwest adventure!