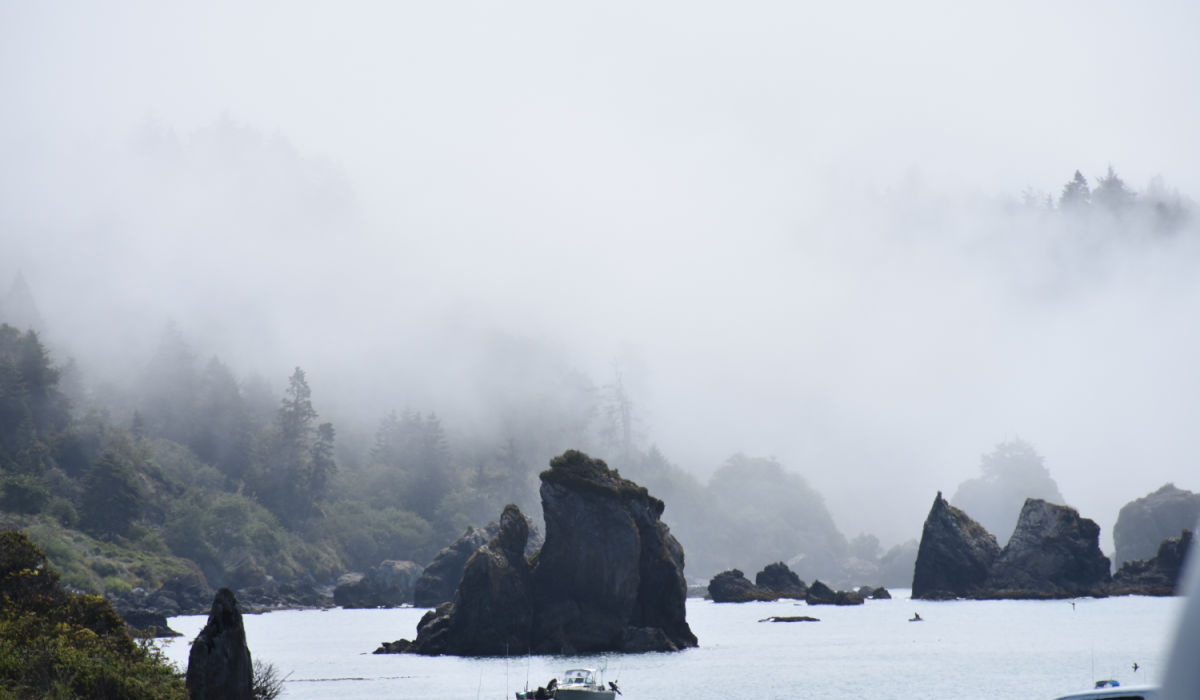 A friend of mine called me recently and told me that he was going to fly into Portland on a business trip soon. He wanted to know if I had some free time to hang out over the weekend since he switched his flight to Friday night instead of Monday morning.

I haven’t seen this guy in years, so I told him that I’d clear my schedule and meet him at the airport when he came into town. I asked him what he wanted to do while he was in town.

Ironically, he planned to not be in town, as he decided he wanted to do some hiking on the Oregon Coast since he’d heard me talk so much about it and he’d never been.

I’m always happy to take a day trip out to the coast, so I agreed and told him I’d come up with a few plans for him to take a look at and he could choose the destination.

First, we’ll talk a little bit about getting there if you don’t have an old friend willing to drive you, then I’ll go into the potential destination options that I gave my friend.

How to Get to the Oregon Coast from Portland

If you have small children or prefer to drive, I’d recommend renting a car at the airport from one of the counters near the baggage claim. That will give you more freedom to drive and to stay as long as you want.

However, if you’d like a cheaper option and don’t mind walking or using public transportation at your destination, I highly recommend taking an Amtrak Thruway Bus from Union Station on NW 6th Avenue.

How Far Is Portland From The Coast?

Portland sits just under 80 miles from the coast. The closest coastal city to Portland (Seaside) is a 90-minute drive.

However, it’s doable as a day trip even if you don’t have your own car.

You could take the bus back to Portland at 5:30 and arrive at 8:45 PM. It’ll take about an hour longer each way, but the round-trip total would be about $36, which is significantly cheaper than just the car rental, not to mention not having to pay for gas.

Union Station is also located one block away from the Portland Transit Mall, which is served by multiple MAX train lines, which means you could easily take public transportation from your hotel and not have to pay for a taxi, Uber, or Lyft.

Most of the trips I’m about to list are accessible by Amtrak Thruway buses, although the farther south you go, the less time you’ll have at your destination if you’re on a day trip.

5 Beach Towns To Daytrip To From Portland

I always associate Astoria with the phrase “The Oregon Coast” because I went to a beach there on a family vacation when I was about 12. Even if you don’t have childhood nostalgia associated with the city, it’s still a great destination.

It’s about a two-hour drive from Portland (depending on traffic) and you can drive over on US Highway 86, then connect to either Oregon Highway 202 or US Highway 101 North.

If you prefer to save a couple of minutes and don’t mind a drive through Washington, you can take I-5 up to Longview and then cut over on US Highway 30 and head west.

There are many great beaches in and around the city, plus a lot of history if you’d like to add some culture to your trip. The city was the first permanent US settlement west of the Rocky Mountains and is now home to many museums.

A little over 70 miles from Portland is the city of Tillamook, named for a local Native American tribe. It lies at the southernmost point of a bay by the same name.

The name is also shared by the beloved producer of dairy products, which are produced locally. In fact, you can take a free, self-guided tour of the factory, which includes free samples of their cheeses!

After the tour, you can also stop by the dining room and enjoy some fresh ice cream, grilled cheese sandwiches, and so much more. My personal favorite has to be the tempura-battered cheese curds. I love cheese curds so much.

Let’s face it: if you’re traveling to the Oregon Coast, you’re probably going to want to visit the beach. Cannon Beach is just a little over an hour away from Portland and is one of the most popular beaches in the state.

There are a lot of walking and hiking trails here to enjoy, as well as the nearby Tillamook Lighthouse. It’s closed (and for sale, if you have $7 million or so lying around!), but you can still see it from the outside.

The Seaside Aquarium is nearby as well, which is one of the oldest on the West Coast and has over 100 species of marine animals.

Haystack Rock and The Needles can also be found here, two of the most recognizable rock formations in the state. It’s also a prime spot for birdwatching, as many rare species make their nests on top of the rocks.

Not related to the more famous beach in New York City, Rockaway Beach on the Oregon Coast is a great place to visit if you’re looking for a straight-up beach day trip from Portland. It is located just under 90 miles from Portland on US Highway 26 West and Oregon Highway 53.

Although it’s a rather popular destination, you should have no problem finding some space of your own, as the beach stretches out for a little over seven miles.

I also like to visit the Hope Chest Thrift Store while I’m here, as I’m a big thrift shop guy and I like the low prices. They’re only open 10-4 Monday through Saturday, however, so you may want to stop by before you head over to the beach.

Roughly 100 miles from Portland is Lincoln City, where you can find Nelscott Reef, the only place for big wave surfing on the Oregon coast. I’m not personally a big surfer, but I enjoy watching other people do it.

Road’s End State Recreation Site is a bit of a hidden gem if you’d like to avoid some crowds and enjoy some beautiful views near the beach.

Speaking of nature, Connie Hansen Garden Conservancy has some of the most beautiful flowers I’ve ever seen and that’s saying something since I live in a city whose nickname is literally “The City of Roses”.

The Jennifer Sears Glass Art Studio is here as well, which is one of my favorite places to take visitors. You can learn about the art of glass-blowing from an expert, then they’ll mail it to your home so you won’t have to worry about it breaking in the car or on the bus.

I highly recommend bringing snacks, as a lot of the highway portions don’t have a lot of restaurants. It also gives me more time at my destination if I don’t have to stop for a few minutes each way to get some food.

Although I’ve mentioned it a few times already, I’ll say again that I almost always take the Amtrak Thruway instead of driving, since it’s significantly less expensive and it gives me a better chance to enjoy the beautiful scenic views.

I also like to book my bus tickets on Amtrak’s website instead of using the kiosk at Union Station. Sometimes, if it’s a spur-of-the-moment trip, I’ll book it from my cell phone on the MAX train on the way over, especially if it’s a weekday and I know there will be room.

There are many great day trips to be had from Portland to the Oregon Coast, most of which are easily accessible by public transportation. If you’re going by yourself, you could easily do it for under $50, especially if you bring your own food.

Whether you want to spend time at the beach, visit a museum, go surfing (or watch others do it if you’re like me!), learn how to blow glass, go hiking, or any other number of other activities, you’re almost guaranteed to have a good time.

The Oregon Coast (and Portland!) can’t wait to welcome you on your next exciting day trip adventure!