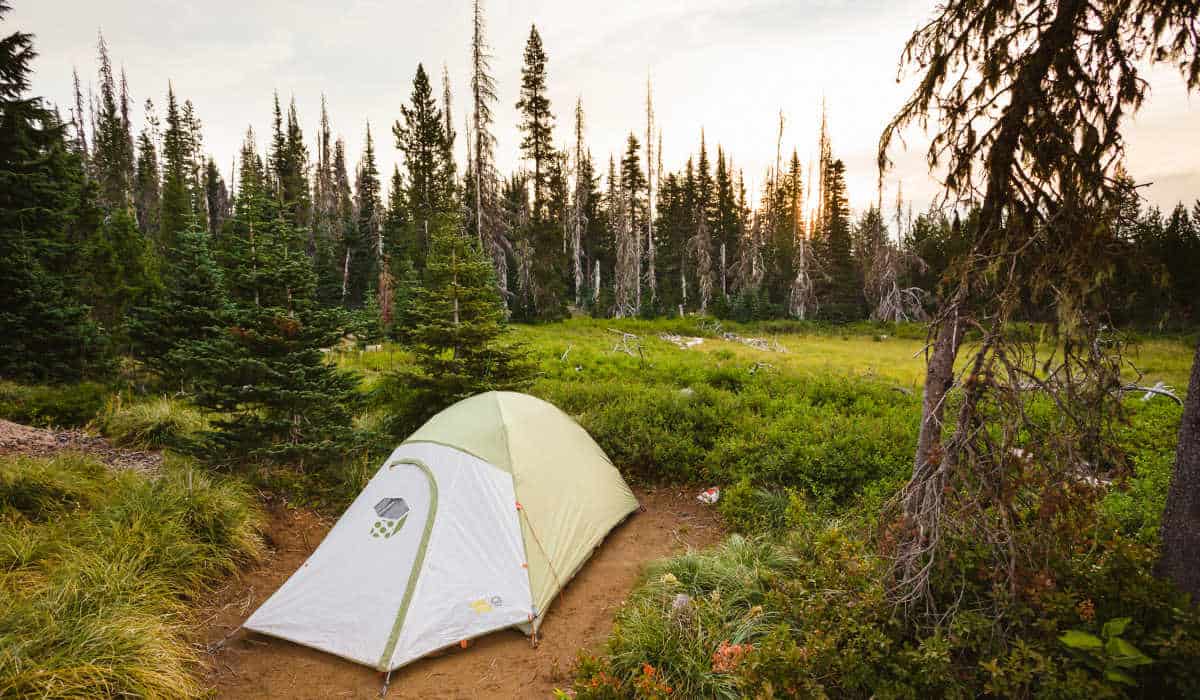 Last week, I was at the grocery store and ran into an old coworker who I hadn’t seen in some time. I was surprised he remembered me since we both left that job almost 10 years ago.

He told me that he had been working at a tech job in Seattle but managed to save a little bit of money from each paycheck (despite how expensive Seattle is!) and moved back to Portland with his new wife.

Then he paused and asked me if I could help him out with something. I agreed and he explained that his wife loves the great outdoors. She’s a big hiker and he estimated that they’d been on a little over 100 trails near Seattle.

I laughed and said, “you must really love her, then?” since I know for a fact he hates going outside and would rather be at home playing video games.

He smiled and told me he wouldn’t go hiking for just any woman. She also wanted to go camping next weekend but she hates campgrounds and would prefer to go out alone. He asked if I knew the laws and some tips about dispersed camping in Oregon.

What is Dispersed Camping and Where Can I Do It in Oregon?

Dispersed camping, free camping, or boondocking are just fancy terms that mean “camping outside of a campground”, like pitching a tent in the middle of the woods.

For me, it’s the purest form of camping if you really want to get out and experience nature. Don’t get me wrong, I love a good campground, but it’s not the same as really going out and roughing it.

Oregon is a great place to do it, too, since there are so many places where dispersed camping is allowed, including most national forests, state forests, places administered by the Bureau of Land Management, and national parks.

Unfortunately, you won’t be able to do it everywhere. State parks have banned the practice, which will make it difficult if you’re looking for a place near the coast, although there are a few national forests in the area where camping is allowed.

For areas owned by the State of Oregon, it’s a good idea to check their website to see if there are any closures and to find locations of designated dispersed camping sites.

I realize that “government-owned forests and BLM land” aren’t very specific, so here is a list of my favorite spots to camp.

The Tillamook State Forest is your best bet if you want to get close to the coast since most of the rest of the coastline is dominated by state parks where dispersed camping is outlawed.

If you’d like a mountain view during your stay, the Mount Hood National Forest is another great option. You could combine it with a skiing or snowboarding trip as well, which will be easier if you’re renting equipment on the mountain.

Most of the state’s southeast corner is run by the Bureau of Land Management and makes a great camping spot. Despite the fact that “Malheur” is the French word for disappointment, the forest of the same name is anything but!

There are many other great spots as well. If you want to know where you can and cannot camp specifically, check to see if it’s state land or federal land, then contact either the appropriate Forest Service station or the Oregon Department of Forestry.

Rules and Tips from the United States Forest Service

As most of the land where dispersed camping is allowed in Oregon is federal, let’s take a look at what the US Forest Service has to say about how to have a safe and legal time that helps preserve the natural beauty of the local environment.

One of the most important decisions you’ll want to make right off the bat is where you’re going to pitch your tent once you arrive.

Since camping can lead to soil erosion and kill plant life, you’ll want to find an old campsite that someone else has used or pick a spot of your own that has no vegetation on it. You can’t kill what isn’t there, right?

For bathing or going to the bathroom, you’ll want to do so at least 200 feet from any water source in order to avoid contamination.

One of the beautiful things about dispersed camping on federal lands is that no permits are required. However, if you camp for more than 14 days in the same spot within the same 30-day period, you may be asked to leave so that others can enjoy the area.

Finally, you’ll want to make sure to follow the “leave no trace” policy and make sure that, when your trip is over, you’ve left no signs that you were ever there at all.

Fire safety is an important part of the camping experience and one small mistake could end in tragedy. Here are some important tips that will help prevent you from accidentally causing a forest fire.

The first thing you’ll want to do is to have a bucket of water ready to extinguish the fire, either at the end of the night or if it starts to get too wild. It should be big enough to put out the entire fire but not so big that it’s difficult to lift.

You’ll also want to make sure that you never leave the fire unattended, even for a minute. Several major wildfires have started because someone left the burn pit to get something from their car and they returned to see the fire had spread.

The Forest Service asks that you use firewood purchased in the local area or if you need to gather more, use wood that has fallen on the ground instead of cutting branches from a live tree.

Finally, when it’s time to extinguish the fire, you’ll want to use the bucket and pour it slowly over the fire, making sure that it’s completely out. People are often tempted to bury the fire but the coals can still reignite, making it a bad idea.

Finally, you’ll want to be aware of all the different kinds of wildlife in the area where you’ll be camping, so you’ll know what to do in case you encounter one.

The most common type, especially for forest campers, will be the black bear, of which it is estimated that the state has between 25,000 and 30,000. They tend to live in forests near rivers or other sources of water, which means there’s a good chance you’ll see one.

First, you’ll want to hang all of your food from a tree branch, ideally at least 15 from the ground. The “bear bag” as it’s called should be at least 100 feet from your campsite.

If a bear sees you, don’t make any sudden moves or anything that might startle it, as black bears can get spooked very easily. Avoid making eye contact and turn around slowly, then walk in a different direction.

I’ve never had to use bear spray, so I don’t know how effective it is. Some people say it works well and others say it only upsets the bear, making them more likely to attack. I have no idea which one is correct.

Oregon also has wolves but they are only located in certain areas. You’ll want to check the map on the Department of Fish and Wildlife website to see if wolf activity has been spotted near where you’re planning to camp.

To sum up, dispersed camping is legal in many parts of Oregon, generally, as long as it is not part of a state park or within a town’s city limits. If you want to know if you can camp in a specific place, check with the state or federal park rangers.

The three most important things to keep in mind while camping are fire safety, bear safety, and making sure that you leave no trace of your camping adventure, to help keep nature pristine and beautiful for everyone.

As long as you keep safety and respect for the environment at the top of your list, you’ll have a great time camping in the many public lands throughout the state of Oregon. Have a great time and we can’t wait to see you soon!