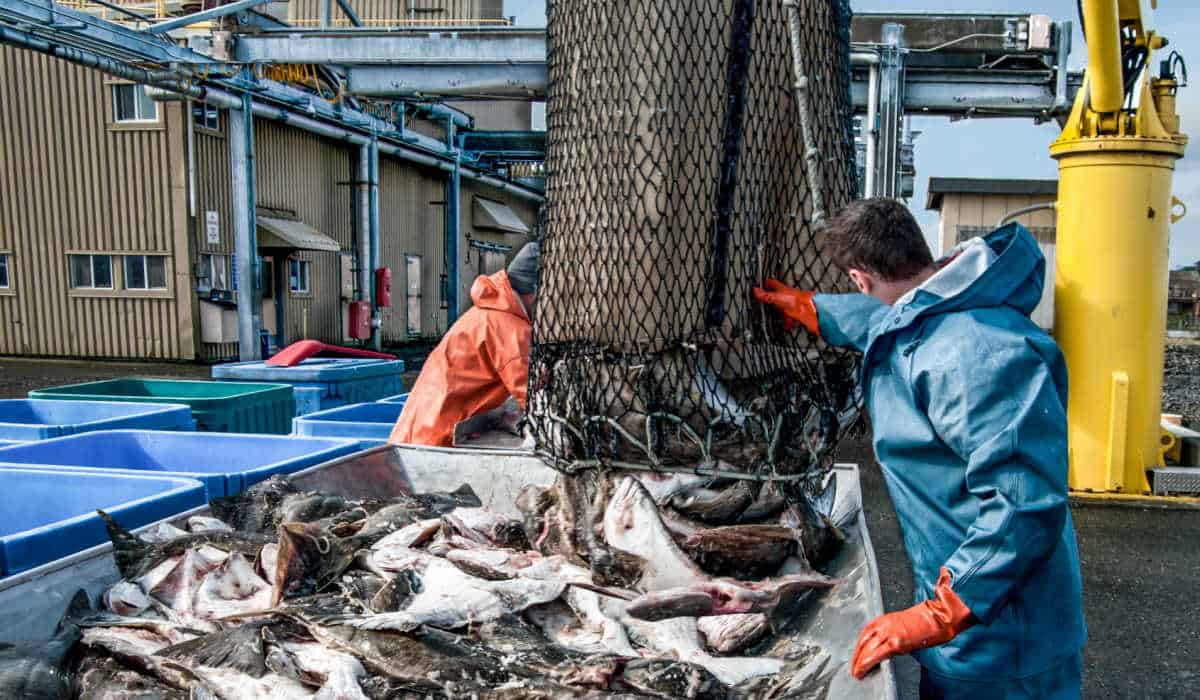 One of the most common questions I get from non-Alaskans is “how do you guys make money up there?”

It’s a valid question, really. With the success of shows like “Deadliest Catch” and Alaskan Bush People,” people in other states have grown increasingly interested in our state and our sometimes unconventional way of life.

Before I go any further, I’m going to briefly explain that the “Alaskan Bush People” are not looked upon too kindly here.

I’ll just summarize it by saying that Alaskans don’t like the idea of a family coming from out of state and making us look foolish on worldwide TV. That is the polite version – if you want the full version, go to any bar in Alaska at midnight and ask around.

Anyway, the point is that the show is wildly inaccurate and nothing they do is remotely similar to life up here. The show isn’t even filmed here anymore.

That’s a rant for another day, though. Let’s take a look at some of the most common ways to make a living up here.

Getting A Traditional Job In Alaska

The first way to make a living is the simplest, which is traditional employment. Jobs like retail employees, the hospitality industry, or fixing cars. The kinds of jobs that you can get anywhere, really.

“Retail Salesperson/Clerk” is the most common job title in Alaska, which I imagine is true for most places. Alaskan town function much the same way as every other town and is supported by the same (albeit smaller) job market.

So, if you’re thinking of moving to Alaska, most of the traditional jobs are available.

However, most people thinking about moving to Alaska are not traditional and don’t necessarily want a traditional job. At least at first.

So now that I’ve covered the obvious, let’s get into some other ways that Alaskans can make a living.

This is a very popular one among people between the ages of 25 and 55, particularly men, who make up 91% of the industry. Alaskan fishing ships take in all types of fish but the most popular catches are halibut and Alaska’s five types of salmon.

It’s a very physically strenuous job, but it can be very rewarding. On most ships, you serve three or four months around summertime, but you’re on the water for almost the entire time.

The ships do make port every now and again, usually to sell the fish that have been caught and to purchase more supplies, although mostly in smaller coastal towns where everything is expensive.

The trade-off, however, is that the money from selling the fish is divided among the captain and the crew. The Captain takes the largest cut, naturally, since he assumes most of the risk and has to pay for repairs on the boat.

Many commercial fishermen make enough money in those three or four months that, if they don’t a family and live modestly, they don’t need to work the other eight months of the year.

The only drawback to this, however, is that families whose income relies on commercial fishing money have a more difficult time securing loans or mortgages since the money isn’t guaranteed.

If an accident should befall the ship, the fish storage breaks, or any other type of disaster hits, an entire fishing crew could come home empty-handed.

From what I’ve been told by friends who have gone out, it’s a very dangerous and risky occupation, but that paycheck at the end is pretty amazing.

For those not interested in getting on a boat, there are hatcheries and fish processing plants all over the state that hire seasonal employees during the summer months.

Working at the mines is another popular occupation in Alaska. There are currently six mines operating in Alaska, with eight more potentially on the way.

Each of these mines produces one or more of the following: gold, silver, zinc, and coal.

Mine workers typically work one or two weeks on, followed by one week off. During that week or two of work, shifts are typically 12 hours a day, seven days a week.

Since there’s nothing to do in a remote mining area and typically no cell phone service, workers typically become pretty close with each other.

The pay is very good and the added bonus is that, much like commercial fishermen, unless you’re gambling with coworkers or buying their extra supplies because you forgot yours at home, there’s nothing out there to spend money on.

For thousands of years, Alaska Native tribes maintained a subsistence lifestyle. That is, they lived entirely off the land.

They would pick berries, hunt bears, caribou, or deer, and catch fish from rivers and streams to eat.

In many of the smaller bush communities today, subsistence is still a way of life. Not only as a matter of tradition but practicality as well.

If you live in a small community off of the road system or in a village on the Aleutian Chain, it would be exceedingly difficult to go into a distant city or town in order to buy food.

Many of these communities only receive mail, shipments, or prepackaged food via small aircraft or float planes. When visibility is low and the weather is bad, these communities can go days or weeks without a plane in.

For that reason, it’s much easier to subsist in these small villages. The ocean will never run out of fish and the deer will always run.

In Southeast Alaska in particular, but most of the rest of the state as well, tourism is one of the biggest industries.

In order to serve the over two million tourists who visit the state each year, thousands of year-round and seasonal workers are employed.

A lot of teenagers start out working at gift shops aimed at tourists since the labor is relatively easy and they can work three or four-hour shifts after school.

These are just some of the ways that Alaskans earn a living. I’m sure I’ve missed quite a few, but these are the most common things done by people who live in Alaska and want to eat.

The beauty of Alaska is evident in many different ways, but the top two are its beauty (scenery and wildlife that is unmatched by over 90% of the rest of the world) and its uniqueness.

Alaska is home to many people with unique skill sets and no matter what your strengths are, there’s a way for you to make a living here.