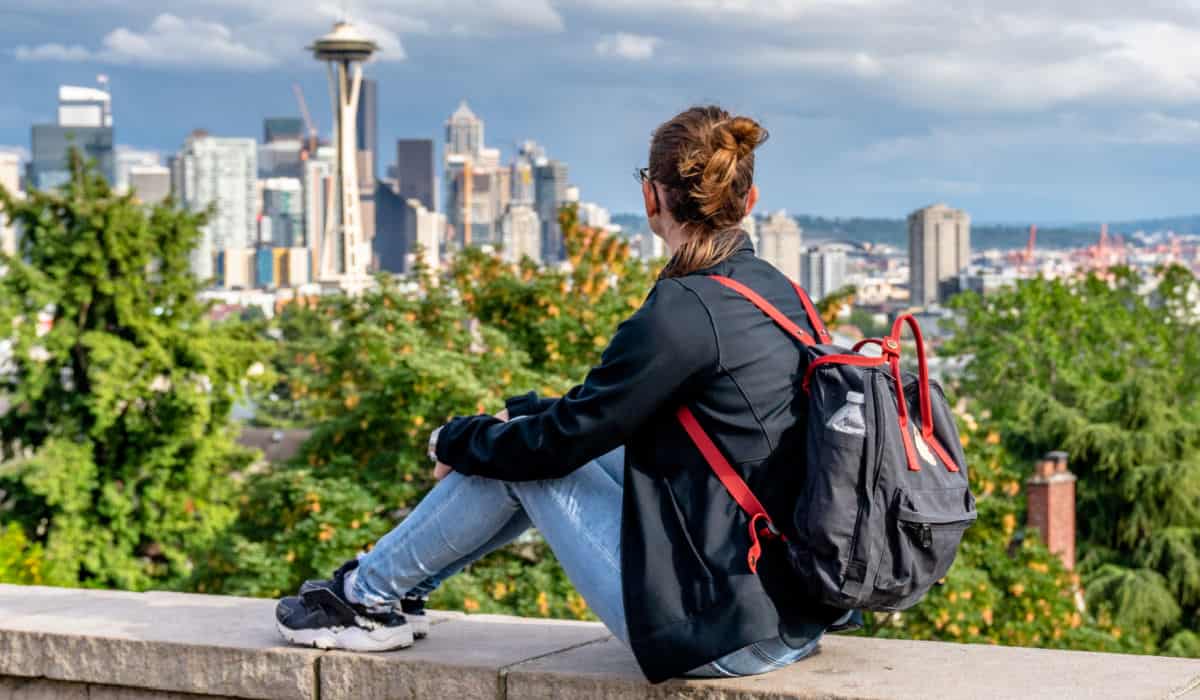 A couple of days ago, I was on a work phone call with someone who lives over in Kentucky. She asked me what my address was and as soon as I said, “Seattle,” I heard her ears kind of perk up.

After I gave her the zip code, she said, “I’ve always wanted to go to Seattle, but I hear it’s pretty expensive, a lot more than the midwest. What’s the cost of living like there?”

I’m pretty used to the question at this point since it’s pretty much the first thing people ask me that isn’t about the Mariners, the Seahawks, or Mount Rainier.

So how expensive is it to live in Seattle? Is the cost of living there higher than in most other places? How do people in Seattle make enough money to afford it? Well, here’s the long version of what I told her.

What Do You Mean by “Cost of Living?”

This is actually a good question because people use the phrase “cost of living” all the time, but most articles assume the reader already knows what it means or has a good enough idea already, but I prefer to assume nothing.

The cost of living refers to the amount of money a person needs to earn or have in order to maintain a basic lifestyle.

The specific factors that make it up depend on who you ask, but normally include the costs of housing, food, healthcare, and taxes.

How High is Seattle’s Cost of Living?

The cost of living in Seattle is one of the highest in the United States, according to most indices.

BestPlaces.net, one of the more popular trackers, gives Seattle an overall score of 167.8, with 100 being the national average. That makes Seattle 67.8% higher than the median US city.

It definitely feels like it, too. I’m always excited to take a trip out of town. I know that no matter where I’m headed, I’m going to eat and live like a king because my dollar will go so much farther.

Let’s look at a few specific areas to really put into perspective how much more expensive Seattle is than the average city.

The average rent for a studio apartment in the city is $1,572 per month, although if you live in certain parts of the metro area instead of directly in the city, you can save a little bit and only pay $1,468 every month.

For the sake of comparison, the national average for a studio is $949 per month. The most basic independent living arrangement is $600 more per month here.

These costs will go down if you live in certain suburbs but not others. Bellevue and most of the nearby islands are actually even more expensive than Seattle!

One thing we do have going for us is that we live in Washington, which is one of the few members of the Union that doesn’t have a state income tax.

Property taxes are charged by King County and not the city of Seattle but they are also higher than most other places and certainly the highest in Washington.

The average percentage is only 0.88%, which is low, but because of the high property values, the median property tax bill in King County is $4,611 per year.

Seattle also ranks about 20% higher in transportation costs than the average American city.

A gallon of gas in Seattle is typically between 80 cents and $1.50 higher than the national average, depending on which part of town you happen to be in.

Luckily, the public transportation is pretty excellent. For a little over $100 per month, you can buy an ORCA (One Regional Card for All) card that works not only in Seattle and King County but in nearby Kitsap and Pierce Counties as well.

The card works for light rails, buses, Washington State Ferries, the Seattle Monorail, and the Seattle Streetcar, among other things.

Is Anything Less Expensive in Seattle?

Despite all of this, there are actually two areas in which Seattle is less expensive than the national average.

The cost of healthcare is actually less expensive, due to the competition from the high number of hospitals in the area. That’s cool, I guess, but personally, I like not being in the hospital and this one doesn’t affect me very much.

The other one is the cost of public utilities. Water, electricity, and other things like that are actually around 10% lower than the national average.

That’s pretty much it, really. Everything else around here is so expensive that it hardly cancels out.

How Do People Afford to Live Here?

The answer here is really a conglomerate of three issues:

Currently, the minimum wage for Seattle is currently $17.27 an hour for most jobs, although that number is set to increase next year to $18.69.

After taxes, that’s maybe $2,500 a month, which will barely cover rent and utilities. That’s why most single people making that rate have roommates or live with family.

Subsidized housing is also huge in Seattle with many Section 8 apartments available (although not enough to meet demand).

However, for most people here, especially newer residents to Seattle and the metro area, the answer is that they work in technology-related fields.

From what I’ve been told, the average Microsoft employee makes $81,000 per year. Granted, their headquarters is a few miles away in Redmond and not Seattle proper, but still, that’s just an example of the kind of money the tech industry pays.

The average Amazon employee gets around $50,000 a year, which is still enough for a studio apartment in town.

However, not everyone can afford it, which is why the US Census Bureau estimated in 2014 that roughly 100,000 people move away from the Seattle metro area every year.

I don’t have more recent figures in front of me but from my own personal experience, I can tell you that a good number of people still move away every year.

Most of these people remain in the state, however, with eight of the top ten destinations being within Washington. The two exceptions, interestingly enough, are Los Angeles and the Phoenix metro area.

Yes, Seattle is extremely expensive to live in, with a cost of living well above the national average. This applies to the entire metropolitan area, as well.

Most people afford it by working in the lucrative technology industry or by simply already being wealthy when they move to town. I wish I had thought of that one!

Most of this only applies to residents, however. If you’re coming to Seattle for a visit, you might pay a little bit more for food than you might normally. You also might pay more for gas if you choose to bring a vehicle here or rent one.

That said, with public transportation as good as it is, I wouldn’t recommend getting stuck in traffic unless you have a specific need to drive.

Other than that, it shouldn’t be too much more expensive than what you’re used to and I hope you have a wonderful time visiting our beautiful city!