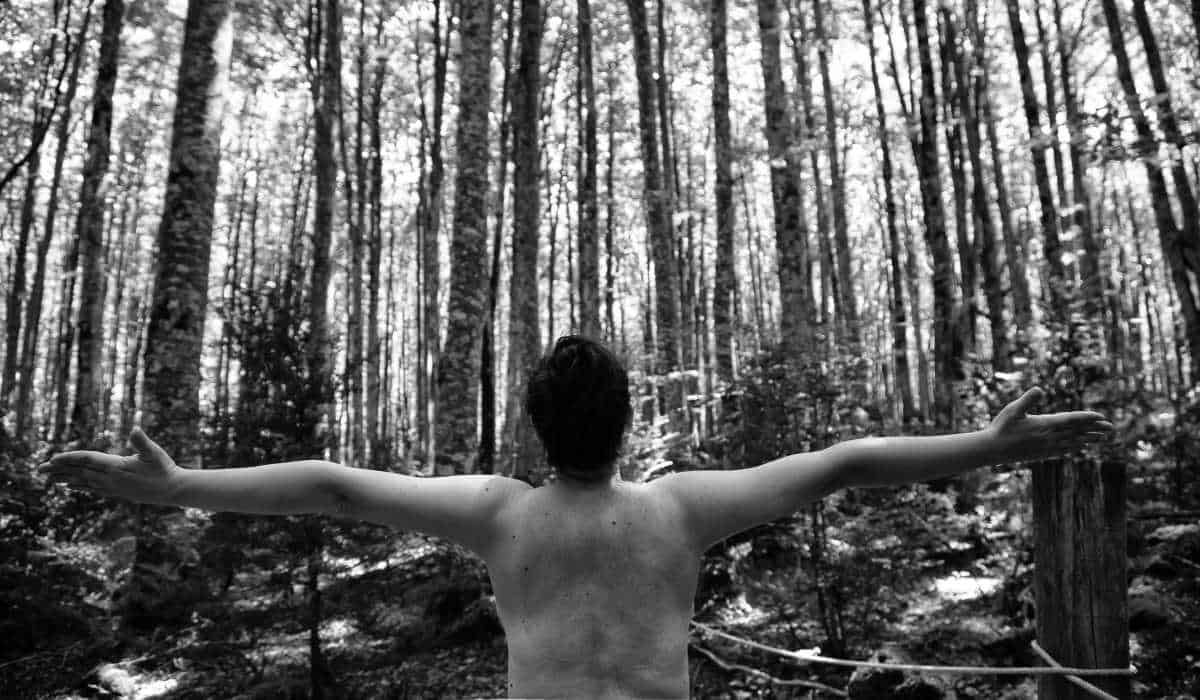 I like to go hiking a lot, so my friends often call me up when they have a hiking-related question. Last week, I received a call from a friend of mine on the topic and his question was not one that I was expecting.

He told me that he was in Europe a week ago and some of the other people at the hostel were talking about a hike they had taken earlier that day. As the conversation went on, they explained that they were nude hikers who enjoyed the freedom it allowed.

My friend said he was briefly taken aback by this revelation but managed not to reveal that fact to them. He said that, after thinking about it, he would consider it. He then asked me if it was legal in the Pacific Northwest.

I told him that I didn’t know offhand but I remember reading somewhere that June 21st is International Naked Hiking Day, so I assumed it wasn’t uncommon. I told him I would do some research into it and call him back in a few days. Here’s what I found out.

Is Nude Hiking Legal in the Pacific Northwest?

It depends on the location. First, we should differentiate between federal lands such as National Parks, state lands, and properties run by the US Forest Service (USFS) or the Bureau of Land Management (BLM). Let’s start with state laws.

Despite their federal administration, USFS and BLM properties are governed by state and local laws, so the legality will depend on which part of the Pacific Northwest you’re interested in taking a hike without any clothing.

Every state in the region has an indecent exposure law that would cover nude hiking on state lands, with varying degrees of punishment. For example, in Washington, a conviction will result in a fine of a couple of hundred dollars.

In Alaska, however, simply the act of public nudity in front of unsuspecting people is a class B misdemeanor which is punishable by up to 90 days in jail or a $2,000 fine. Given the climate and average temperature, I wouldn’t recommend it even if it were legal!

Oregon actually has pretty relaxed nudity laws, only prohibiting nudity if it is “intended to cause arousal” in others. As long as you’re just hiking and not doing anything suspicious, it shouldn’t be much of a problem.

What About Federal Land?

Strictly speaking, there is no federal law that prohibits nudity on federal lands, including National Parks.

However, just because it isn’t banned by the letter of the law, it doesn’t necessarily mean you’re good to go.

Those laws are written pretty vaguely to allow forest rangers and other personnel a fair amount of leeway when deciding whether to take action or not. It’s pretty much the same as federal law requiring you to do everything the flight attendant on a plane says.

You may have noticed earlier that I gave examples of laws in Washington, Oregon, and Alaska, but did not mention California (remember, the northern part counts as PNW!). In their state parks, they have their own rule, commonly called “The Cahill Policy“.

The Cahill Policy simply states that public nudity outside of the view of other people in the state of California is not a crime and no action will be taken, unless a member of the public complains. Rangers cannot initiate any action on their own.

If a complaint has been made, the ranger will ask the person to get dressed. If they do so and remain dressed for the rest of the day, that’s the end of it. An arrest or eviction from the park would only take place on a repeat offense or refusal to dress.

The rule was first enacted in 1979 and has been upheld on at least one occasion by the state’s Supreme Court, most recently in 1998.

Although it is not the rule of law in other places, a similar practice is used by some other rangers on state and federal lands throughout the rest of the region. In many places, if the only person who sees you is a ranger, they may simply keep walking.

However, that’s not guaranteed to be the case. If you’re planning a nude hike on public lands, I recommend calling the local rangers’ office and asking them what their policy is.

They say “it’s easier to request forgiveness than to ask permission” but with legal matters like this, I find the opposite is true.

As far as I can tell, there are no designated nude hiking trails in the Pacific Northwest, so you’ll want to use your best judgment in finding a place that’s secluded enough.

Private property is a great option, provided you get permission from the owners. I wouldn’t recommend adding a trespassing charge to your list of potential offenses.

In Alaska, it’s completely banned, but if you happen to be on one of the lesser-known trails away from town early in the morning, I don’t suspect you’d see anyone. Again, though, it’s very cold.

In the rest of the Pacific Northwest (especially Washington, Oregon, and Northern California), as long as you’re far enough away from other people, you should be fine. National Forests, BLM land, and National Parks are the safest choices.

For National Parks, as long as you avoid the heavily-trafficked tourist areas and “must-see” sites, you’ll have a good chance at success. Traveling a few extra miles to avoid unwanted attention is definitely worth the trip.

If you’re planning a nude hike, you’ll want to find somewhere secluded or on a designated trail that allows it. It’s definitely worth it to ask a park ranger if you’re unsure about a specific area as it’s better to hear “no” than to be arrested.

On trails where it is allowed, you may still run into clothed hikers, particularly families, who might be uncomfortable. Carrying a bandana or another piece of cloth to cover up sensitive areas might be a good idea.

Hiking with groups is preferred, as people tend to be a bit more accepting of a group of people walking around nude as opposed to a single person walking alone. There are many nude hiking clubs all over that would love to have you on their next outing.

One idea I read involves having a clothed hiker walking a little bit ahead of the party, so they’ll have time to warn anyone walking towards you and then warn the group so that appropriate measures can be taken to avoid a potential incident.

This is particularly important on hikes where children may be present. Besides the obvious reasons, exposing yourself to a minor (even if it is accidental) is a felony in every state.

It’ll be easier to park the car while clothed, walk a fair distance on the trail, and then undress while you’re out there. If a park ranger asks you to get dressed and you say you’ve left your clothes in the car, it might lead to a negative response.

I probably don’t need to say this, but please don’t break the law. Crimes committed while nude hiking (or even non-crimes like refusing to dress when asked) reflects negatively on all nude hikers and could lead to the practice being banned.

This also probably goes without saying but you’ll want a lot of suntan lotion. I once had a particularly bad sunburn on my forehead a few years ago, which was painful enough. I can think of several places to get sunburned that would be a lot worse!

Above all, remember to be courteous to your fellow hikers and especially to any rangers you say. A simple and polite “I’m sorry, I’ll get dressed” to the man with the badge will go a lot farther than arguing about your rights.

Although nude hiking might not be for everyone (I don’t think I’ll be out there anytime soon!), it can be an enjoyable activity, as long as it is practiced safely and outside of the view of anyone who might be offended by it.

For the Pacific Northwest, your best bets will be BLM land, National Parks, and National Forests in Oregon or state parks in California, which have more relaxed laws on public nudity than Washington, Idaho, and especially Alaska.

Always remember to be courteous to your fellow hikers, especially those with children or who might otherwise be uncomfortable. Don’t be afraid to ask permission from a Forest Service employee or another official before you go, either.

As long as you keep these tips in mind, you’re sure to have a great time on your next nude hiking expedition in the Pacific Northwest!