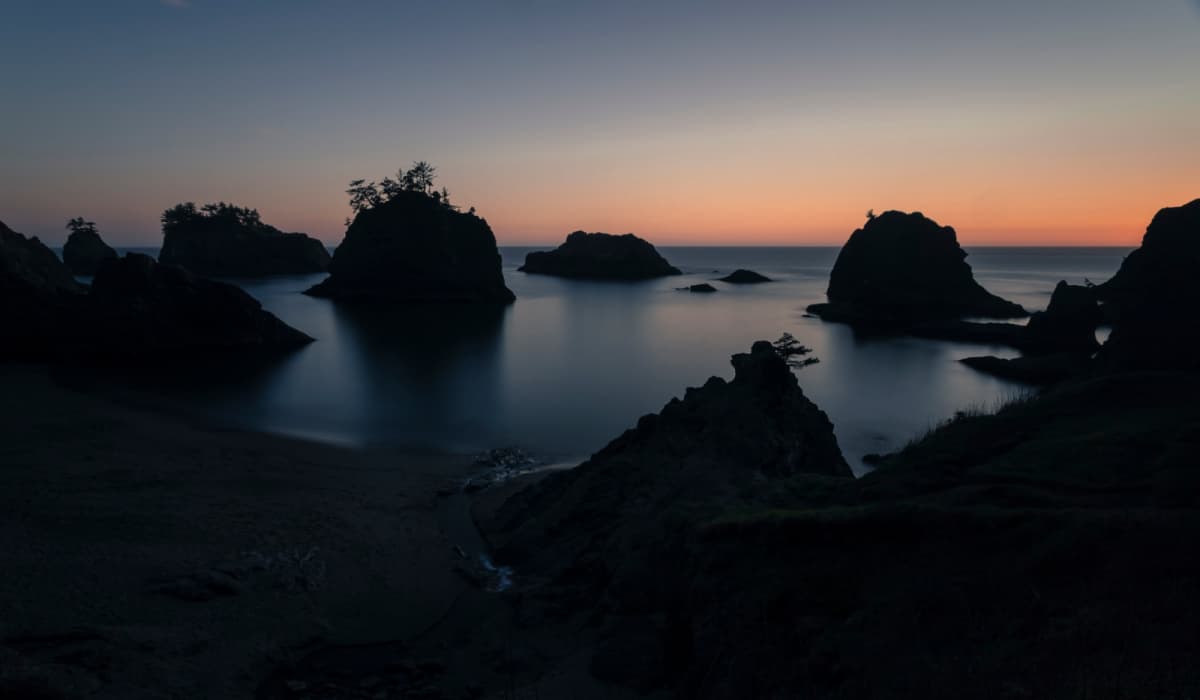 Some friends of mine from college are planning to come and visit me in a couple of weeks and we’ve decided to head over to the Oregon coast. Since one of our friends lives out there and has a boat, they wanted to know if there were any islands off the coast.

One of them is an amateur photographer who just got a very expensive new DSLR lens for her camera and told me she wanted to visit every island off the coast while she’s here.

I told her that might be a little ambitious because she’s only here three days and the Oregon Islands National Wildlife Refuge consists of over 1,800 islands, rocks, and reefs!

She had no idea there were so many and, after the initial shock wore off, asked if I could make a list of a few that would offer the best views for taking pictures.

I told her that I haven’t been to all of them, of course, as nearly all of the islands don’t allow visitors to protect the wildlife but I do know a few good places out there that could be photographed from a boat or the shore.

I should say, before we get to my list, that the islands off the Oregon Coast aren’t like those in Washington. There isn’t much in the way of large islands with beaches (like the San Juans) or sizable residential islands (such as Mercer Island). Oregon’s islands are of the rocky-outcropping variety but they are still beautiful in their own way and fun to visit/photograph.

So, without further ado, ere is my list of the most beautiful islands off the coast of Oregon!

Most Beautiful Islands Off The Coast Of Oregon

Proposal Rock absolutely has to be at the top of the list because of its history. Around 1900, as the story goes, a local sea captain named Charley Gage took his beloved, a woman named Della, out to the island so he could ask for her hand in marriage.

Her mother Sarah named it “Proposal Rock” and the name has stuck ever since. Even if you aren’t going out to the island to get engaged, it still has some of the most amazing views in the area and is an easy walk to the top.

People argue whether it counts as an island because you can walk across the creek at the beach in Neskowin during low tide to get there, but it definitely counts.

As with most of the rest of the islands I’m about to cover, you won’t actually be able to land at Three Arch Rocks because there are many protected species of birds and marine life in the area, so boats are asked to stay 500 feet from the shore.

Still, though, 500 feet is close enough to take some awesome pictures! Tufted puffins and Stellar sea lions make their home here and you may be able to see one if you bring some binoculars!

It’s only about a half-mile from the beach in Oceanside, so you can still see Shag Rock, Finley Rock, and Storm Rock even if you don’t have access to a boat.

Haystack Rock is one of the few on this list that can be visited at low tide, but be careful! The Coast Guard and the city authority have had to rescue people in the past who have been stuck on the island after high tide makes the walk back impossible.

It is 235 feet tall, which makes it one of the most recognizable landmarks on the Oregon coast. I’m told it was famously featured in the first scene of The Goonies, although I will admit I’ve never seen the film. I probably should; I hear it’s great.

It is part of the Tolovana Beach State Recreation Site, about a mile and a half south of the city of Cannon Beach. There are a few smaller rocks nearby that are collectively known as “The Needles.”

Climbing the rock is prohibited, however, because there are a few protected bird species that make their nests on the top and having human visitors would disturb their habitat.

Near the city of Newport, Orford Reef offers one of the most unique experiences you will ever have, courtesy of the Oregon Coast Aquarium.

Keiko, the whale from the movie Free Willy (which I’ve also never seen but probably should!), lived in Newport for about two and a half years, before she was moved to Iceland.

Her former tank has been converted into an underwater tunnel that allows visitors to get an up close and personal view of many species of marine life, including sharks, rockfish, and rays.

From the surface, only a portion of Orford Reef is visible. The tunnels offer an incredible view of the underwater portions. This amazing experience has to be seen to be believed. I really can’t tell you enough about how amazing it is.

Formerly known as Grand Island, it was renamed after a Dutchman named Folker Van Dor Zwagg, an Oregon pioneer and hermit who lived on the island in the late 1800s with his dog, Sniff.

It is also part of the protected wilderness and you won’t be able to visit the island, but you can get close! It is located near Mill Beach in Brookings and there’s a small path that leads to the island at low tide.

Like most of the other islands on this list, there are many species of seabird and marine life that can be seen here. It is definitely worth a visit if you’re in the southern part of the state.

Castle Rock is the third of the three big sights in or near the city of Cannon Beach. Haystack Rock is one and the other is nearby Indian Beach, which was a filming location for several movies, including the climactic scene of Point Break with Patrick Swayze.

Castle Rock got its name because it looks like one of the turrets you’d find on the wall of a castle.

Locals also refer to it as Queen Vic Rock or Queen Victoria Rock, because the western face is said to resemble that of the second-longest reigning monarch in English history.

Interestingly enough, there are several other rock formations in the United States that are nicknamed after the queen. Personally, I wouldn’t find it flattering if someone compared my face to a giant rock but maybe that’s just me.

Tillamook Head is home to the famous Tillamook Lighthouse, which is no longer in use, is privately owned, and is closed to the public but can still be viewed from several places on the shore, including Ecola State Park.

Sea lions, sea birds, and seals can be seen here, which is only accessible with the permission of the owners. It was put up for sale earlier this year as well, so if you have a spare $6.5 million, it could be yours! (Or, you can check out the lighthouses in the PNW where you can rent a room for the night…)

The lighthouse was nicknamed “Tilly” or “Terrible Tilly” because of the terrible conditions endured by workers. A particularly awful storm once wiped away their tools and provisions, stranding them on the island for two weeks until they could be rescued.

There are thousands of islands off the coast of Oregon and many others found in rivers and lakes across the state, but these are just a few that I think are the most beautiful and provide the best opportunities for taking pictures.

When you hear the word “island,” you might think of sandy beaches in a tropical climate, but large rocks also count as islands, so please do not get mad at me for putting rock formations on this list. I think they can be just as beautiful.

Even though you can’t physically visit most of the islands off the coast of Oregon, their amazing beauty and incredible sights can still be enjoyed, either by water or by land.

The Oregon Coast (and the rest of the state!) is excited to welcome you on your next amazing adventure to the Pacific Northwest!