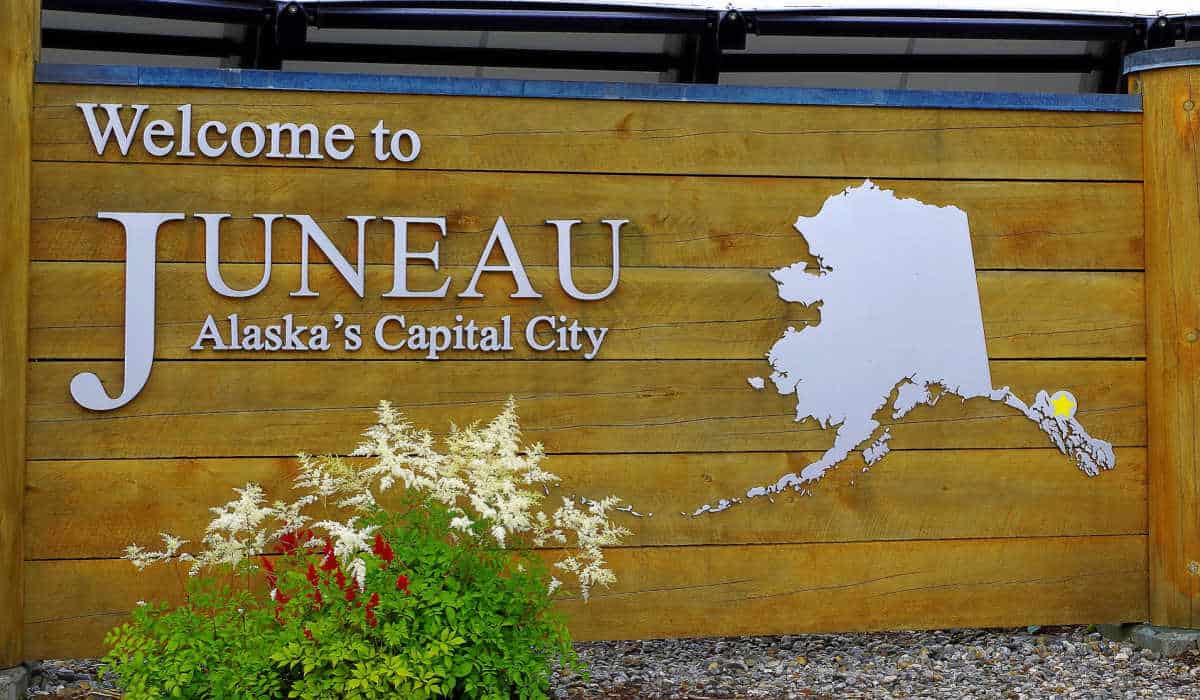 Welcome to Juneau, Alaska! If you’re looking for great food, you have come to the right place.

A lot of restaurants downtown, especially the popular ones, can get very busy during tourist season, especially on days when we have five cruise ships in town.

If you’re in a hurry, if you’ve been here before and want something new, or if you just prefer out-of-the-way restaurants, here’s a list of some of my favorite lesser-known places to eat in Juneau.

A block up Franklin Street Hill, just down the street from the Baranof Hotel, you’ll find Devil’s Club.

On Wednesday nights, Devil’s Club sells some of the best pizza from scratch you’ll ever taste.

Every other night, you can get a variety of sandwiches and other foods with or without a beer.

The Cubano sandwich is amazing, but if you’re in the mood for something smaller or something to share, don’t sleep on the pretzel with beer cheese.

Not only can food be ordered online in advance and picked up at the restaurant, but four packs of their own bottled beers can also be ordered to-go as well.

As for the beer, which is brewed on-site, I recommend the Grapefruit IPA, Signature IPA, or the Table Sour.

Beloved by many locals, but not frequented by tourists, Pelmeni is a small restaurant inside the Merchant’s Wharf (the big blue building by the cruise ship dock).

It is peculiar in that the establishment is cash-only and there is only one item of food on the menu: Pelmeni.

Pelmeni is a Slavic dumpling that consists of a small, round ball of beef (or potato, for the vegetarians) that is placed inside of a pasta-style noodle and frozen.

The dumplings are then boiled for several minutes before it is placed in a small, clamshell styrofoam container.

After being topped with sriracha sauce and cilantro, a slice of bread is placed in the container, which is then closed and handed to the customer. The dumplings can be dipped in the provided sour cream or eaten as-is.

The Imperial Grill is inside the Imperial Saloon, the oldest bar in Alaska that was established in 1891.

Most of the menu is standard bar food, like burgers, tacos, and chicken baskets. However, they also have one of my favorite snacks in Juneau: The After-School Special.

It is bacon, jalapeño, and mozzarella cheese that has been combined inside of an eggroll wrapper and then fried. It is served with sriracha ranch, although I sometimes eat it plain.

If you want a burger and a beer (and want to avoid crowds!), going to a restaurant inside of a bar on a weekday might not be a bad idea.

This restaurant is actually located in the Mendenhall Mall, about ten miles away from downtown.

The fried pork ribs and pancit noodles are some of the best restaurant food I’ve ever had. Don’t forget the desserts!

Chan’s Thai Kitchen is located in Auke Bay, about 13 miles from downtown Juneau. As the name suggests, they sell Thai food.

The most important thing to remember about Chan’s is that they have very specific hours; they’re only open a few hours a day for lunch and dinner.

If you manage to make it on time, though, you’re in for a treat. Some of the best food in town can be had here, especially the beef with oyster sauce and the yellow curry.

This restaurant is located on Seward Street in downtown Juneau, about two blocks up the hill, near the Wells Fargo location.

Black Moon is a creation of Aims Villanueva-Alf, a graduate of Juneau-Douglas High School.

The non-traditional atmosphere inside the restaurant can be shocking at first, but many locals have come to love Aims’ cooking, which consists mostly of foods made from scratch and with locally-sourced ingredients.

The words “diet” and “healthy eating” are not used here, although the health benefits of the foods sold are numerous.

Instead, Aims likes to emphasize “sustainability” and “intentional eating,” words which she much prefers as part of her emphasis on positive language.

The croissants and the bubble tea are among the highlights at the Black Moon Koven, but the ever-changing menu is full of hidden gems that you may have eaten before, but never as good as you will here.

The Sandpiper is located several blocks from the cruise ship docks, on Willoughby Avenue, near the bowling alley and the Salvation Army retail store.

The post-COVID hours are still a little short at the Sandpiper, as they’re only open from 7 AM to 2 PM Thursday through Sunday.

That being said, if you can get there early enough, this is one of the best breakfasts you’ll ever have.

I know people who go to the Sandpiper for breakfast at least once a week, just because they love the smoked salmon omelet so much.

I agree, it is quite good, but for me, nothing beats the ribeye steak with two eggs over easy on the side.

These are just a few of my favorite places to eat in Juneau, Alaska. In a busy tourist city that can sometimes have as many as five cruise ships in town per day, it’s a good idea to have a plan for where to eat!

All of these restaurants have great food and excellent customer service but can serve different needs. If you want a quick bite downtown, consider the Imperial or Pelmeni.

If you want a beer with your meal, I’d suggest Devil’s Club or the Imperial.

If you have the time, transportation to Auke Bay, and they’re open, Chan’s Thai Kitchen is an excellent choice.

No matter where you choose to eat in Juneau, you’re in for a treat!