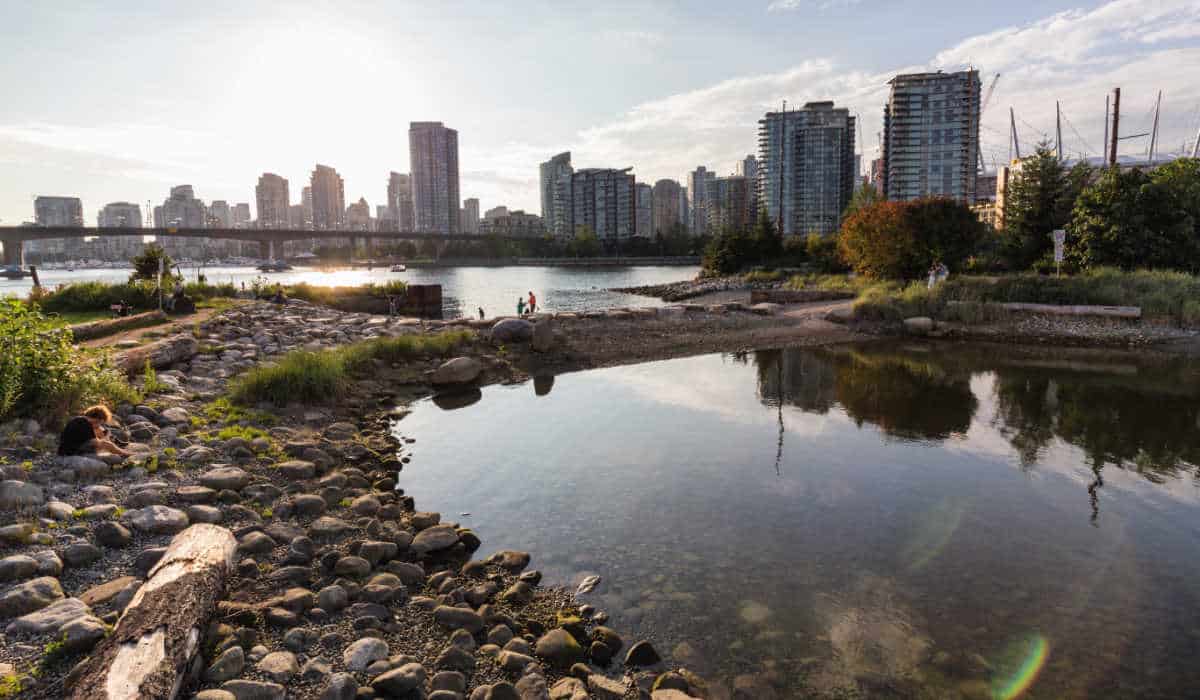 I recently went on a trip to New York for a friend’s wedding and while I was there, I ended up in a conversation with some members of the bride’s family.

One of her brothers asked me where I lived and I told him that I currently live in Portland, but previously, I’d spent a few summers in Alaska and a lot of time in the Seattle Metro area when I was growing up.

Her dad laughed and said, “Wow, you must really love the Pacific Northwest! I’ve always thought about moving there after I retire but I’ve heard some things that give me pause. Is it really all that it’s cracked up to be?”

I paused for a second to think about it and then gave him my response. Let’s start by exploring some of the reasons people might like or dislike living here, then I’ll get into my personal answer to the question.

Pros and Cons Of Living In The PNW

One of the things the Pacific Northwest is best known for is the amazing bits of nature that can be seen all throughout the region.

We have tall mountain peaks like Mt. Rainier, Mt. St. Helens, and Mt. St. Elias, as well as lowlands, islands of all sizes, and everything in between. There are hiking, biking, and walking trails of all sizes, ranging from a half-mile or less to several thousand.

No matter what outdoor activity you enjoy, you’re almost guaranteed to find it here at least seasonally. If you want to go skiing in July, for example, Mt. Hood offers the nation’s only year-round lift-operated ski resort.

This is one of the biggest complaints about living in the Pacific Northwest and it’s definitely a valid one. It gets cold here a lot, especially the farther north that you live.

It can rain a fair amount, too, depending on which part of the area. Seattle and Portland both receive more rain per year than the national average of 38 inches per year and Juneau, Alaska, receives about twice that amount.

That said, the summers aren’t too bad and I’d certainly choose Seattle’s average high of 78 degrees in July over Phoenix, Arizona’s average of 107!

Over the past few years, the Pacific Northwest has become one of the premiere destinations for employees in the technology industry – and not just Seattle or Portland, either. It is also one of the fastest-growing industries in Idaho.

In Washington State, the most common job title is “software developer”, which makes sense considering the over 8,600 tech companies operating within the state. Of that number, over 90% of those companies employ 20 or fewer people.

The area surrounding Portland has been given the nickname “Silicon Forest” due to the large number of tech companies, typically developing hardware rather than software, that are found in the area.

Don’t get me wrong, I have no problem with people employed by technology companies and I respect them for the vital work that they accomplish. Without them, I wouldn’t be writing this and you wouldn’t be reading it!

That said, they have a well-earned reputation for not being the most friendly or outgoing people, with many of them preferring the warm glow of a computer screen over in-person interactions, particularly those involving strangers.

The abundance of tech workers in northwest Washington is one of the main causes of the so-called “Seattle Freeze” which refers to icy relations between newcomers and Seattleites who have lived in or near the city for years and even hang their own slang-filled accent.

The phenomenon can be seen in a lot of other places in the Pacific Northwest as well, although it’s usually not as pronounced as it is in the area surrounding Mount Rainier.

Despite the reputation that Washington and Oregon have of being full of liberal weirdos, there is actually a huge amount of political diversity in both states. Sure, Seattle and Portland are full of people on the fringe of life but there are also “normal” people who fall in liberal and conservative camps, just like everywhere in the U.S.

Most of the political situations you deal with will be influenced by the exact town you live in so you’ll want to take a look at the Pacific Northwest’s most politically extreme cities before deciding where to visit or settle down.

Con: Dealing With Everyone Else

Now, you’re probably going to be able to find a group in the PNW that closely aligns with your personal political beliefs. The problem, then, is that you’ll have to deal with everyone else.

For an area that is as politically diverse as the PNW there really isn’t a great deal of tolerance. Seattle, for example, is a hotbed of political unrest which is annoying for people on both sides of the fence. Needing to check and see if there are protests in Seattle is an annoying part of my schedule when I’m there visiting the city.

The ever-climbing minimum wage is well-known to many parts of the country and has encouraged many people to move to the PNW.

In addition to a higher minimum wage, there is money flowing all over the place in Washington, Oregon, and even Alaska. Start-ups and tech jobs have created tons of opportunities for people with the right degree.

However, even when making $15 an hour people find that living in large cities such as Seattle just isn’t possible.

The cost of living in Washington is higher than in Oregon and Oregon is already higher than the majority of the United States.

This, coupled with high sales tax, has meant that many people are priced out of places where their families have been living for generations.

The west coast is considered quite progressive in general and the PNW has an extra concentrated dose.

There are tons of programs that aim to improve the lives of those who are marginalized or who struggle in some way.

While this is a boon for many people, it has had some unintended repercussions.

Thanks to Seattle and Portland’s efforts to help the homeless, they are now rated as some of the best cities in which to be homeless in the nation.

This, along with the cities’ alternative vibes, has attracted tons of homeless people, drug addicts, buskers, vagabonds, and everything in between.

Many people who love the PNW refuse to spend any time in the larger cities as they are no longer the quaint and quirky places they used to be but feel downright dangerous.

These are just a few of the many pros and cons of living here but what do they actually mean? Is living here good or bad?

The answer to that question, of course, depends on what you’re looking for in the city or town where you’re planning to move. However, the equation becomes easier when dealing with the Pacific Northwest for one simple reason – diversity.

I don’t mean in the sense of race or political ideologies, although both of those apply as well. Specifically, the Pacific Northwest has a rich diversity of resources, jobs, city sizes, and much more.

Because of this, whatever your top five factors in choosing a place to live are, I almost guarantee that you will find at least three cities in our corner of the world that satisfy at least four of them.

I say four out of five because nowhere on Earth is perfect, at least not that I’ve found. If you like mountains, you can live near the Cascades. If you prefer the coast, Astoria or Port Angeles might be more your speed.

If you want to live in a large city, we have plenty of those. If you prefer a more isolated experience and are either independently wealthy or work from home, Southeast Alaska has several options where you can go an entire week without seeing another person.

If you can’t find it here, it might not exist. If you’d like a city that leans Republican and has a population of over 300,000, you probably won’t find that anywhere in the United States. If you want a liberal town of fewer than 1,000 people, best of luck to you!

Is Living in the Pacific Northwest All It’s Cracked Up To Be?

Obviously, the answer will vary from person to person and I can only answer for myself, but as far as I’m concerned, absolutely. There is nowhere in the world that I would prefer to live in more than the Pacific Northwest.

The area has everything I could ever want in a home. Sure, I love taking vacations to other states and seeing what the rest of the country has to offer. One of my favorite memories was a trip to Disney World in Florida with my family.

Should I Move to the Pacific Northwest?

Moving here can be a difficult transition at first. I know a lot of people who live here for a few months, decide they don’t like it as much as where they came from, and then decide to move back.

Most people who live here for a year end up staying for life. That’s just my experience, of course, I don’t have any data to back that up. It’s not for everyone but it might be perfect for you!

I would recommend researching the various cities in the region (perhaps using the guides on this very site!) to help you decide which community is best for you and most fits your needs.

A friend of mine lives on a houseboat in Southeast Alaska and calls me once a week when he sails to town for supplies to let me know that he’s safe, since the only time he has cell phone service.

You couldn’t pay him to live in an apartment in Seattle or Portland, but he loves the amazing nature and picturesque scenery of the Pacific Northwest and he’d never even consider moving.

Another friend I went to high school with can’t stand being alone because he loves socializing so much. He moved to southeast Portland the day he graduated and has never lived more than a mile from his apartment.

What do both of these men have in common? Despite having completely opposite interests and never really getting along when we went to school together, both of them love the Pacific Northwest and never plan on leaving.

For me and many people I know who live in the region, the Pacific Northwest is an amazing place to live. It’s certainly not perfect, because no place on Earth ever will be, but as far as I’m concerned, I love every second of it.

No matter what your interests are, what you’re looking for in a city or town, or which industry you work in (or if you’re retired!), you’re almost guaranteed to find something that you like in the Pacific Northwest.

If you’re considering moving here, I would recommend taking a trip and spending a few days in the community that you think interests you the most. You’ll want at least three days to really get a feel for it.

Whether you’re just in the Pacific Northwest for a vacation or if you’ve decided to take that step and call it your home, we proudly welcome all visitors and we can’t wait to meet our potential new neighbors!