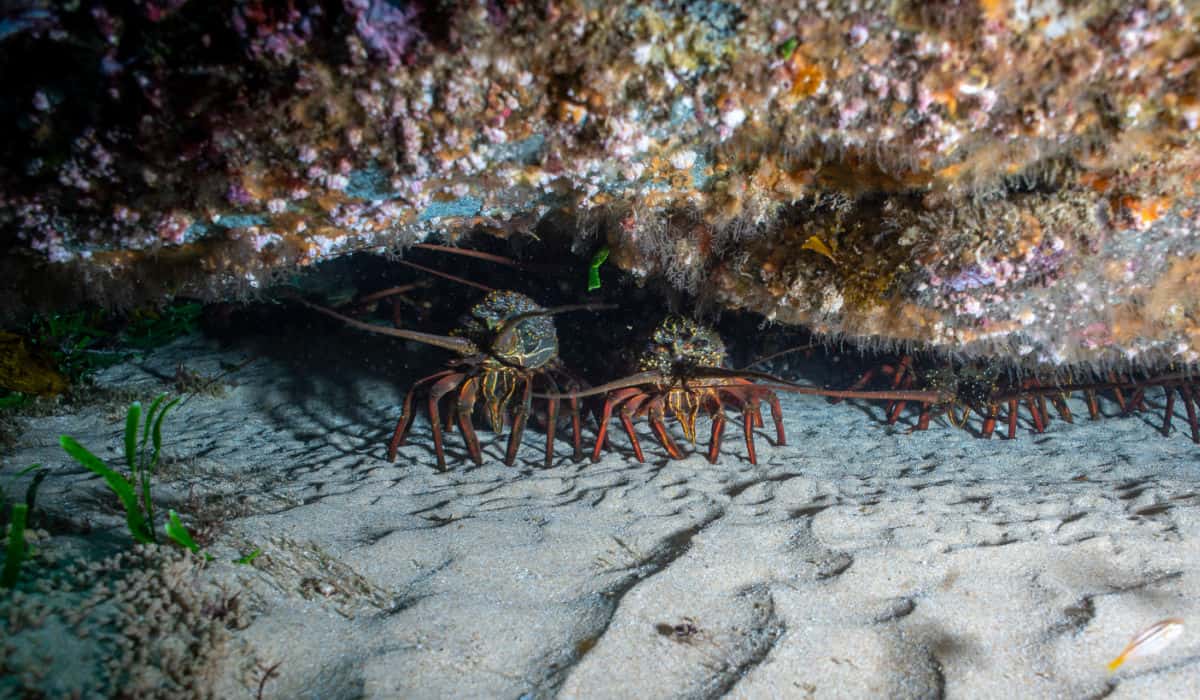 I was babysitting my nieces the other day and their current favorite cartoon (which seems to change every few weeks!) is Garfield and Friends from the late 80s, which is very convenient for me because the first season is free on YouTube.

We watched the episode where Jon is gifted a live lobster from Maine, but he, Garfield, and Odie decide they can’t eat “Thermie,” so they get on a plane to take him back to the Atlantic Ocean.

Later that day, my nieces asked my brother-in-law to drive them over to Astoria and get a pet lobster from one of the beaches. He said he didn’t think it would be a good idea and he wasn’t sure if there even were any lobsters there.

Lobsters prefer to live on the ocean floor in rocky habitats where they can hide amongst the plant life. The Pacific Ocean has all of these things, so why wouldn’t they live here?

Are There Lobsters on the Oregon Coast?

The short answer is “no,” there are no wild lobsters that live near Oregon and the closest any species can be found is in Monterey Bay, California, about 75 miles south of San Francisco.

There are several reasons for this and the biggest is that the waters here are just a little too cold for them to be able to live comfortably.

The Atlantic Ocean is a few degrees warmer on average than the Pacific Ocean. This is due to a warm ocean current called the Gulf Stream which helps keep the lobsters at the right temperature.

However, this only explains why they don’t live here naturally. Species are relocated and introduced into new areas all the time, so why hasn’t it been done?

From the early 1900s up to the 1960s, scientists throughout the region attempted to introduce populations of lobsters from the Atlantic Ocean into the waters of the Pacific Ocean.

At least 11 of these introductions took place in British Columbia, where just under 5,000 adult lobsters were placed in suitable habitats along the coastline. Many more were conducted in the United States portion of the Pacific Northwest.

Despite the slightly colder waters, the lobsters were seemingly able to survive. However, they were not able to reproduce in sufficient numbers to maintain the population and the attempts all eventually failed.

The exact reasons for the failure are unknown but it is theorized that the lobsters were unable to thrive in these waters is that they are filled with Dungeness crabs, which are a natural predator for lobsters.

In addition to eating adult lobsters, Dungeness and other predators will also eat lobster eggs, which made it incredibly difficult for the population to survive for any length of time.

This is also the reason why the California spiny crab (which isn’t a true crab, strictly speaking) and other similar species live in the Pacific Ocean but only as far north as Monterey Bay, California.

Those species are at a particular disadvantage because, as they are not true crabs, they do not have claws, which makes it even more difficult to fight back against the many predators that live in our waters.

There have been scattered reports of Atlantic Ocean lobsters being caught by fishermen in the Pacific Northwest over the past few decades but these are generally believed to be caused by animal enthusiasts buying live lobsters and setting them free.

Although the Pacific Northwest does have many potential habitats for lobsters, they do not naturally live in the waters as they find them too cold, and the abundance of natural predators here has made relocation exceedingly difficult.

Even though we don’t have lobsters, there are still many amazing sea creatures in the waters of the Oregon coast and we can’t wait to welcome you on your next exciting Pacific Northwest adventure!