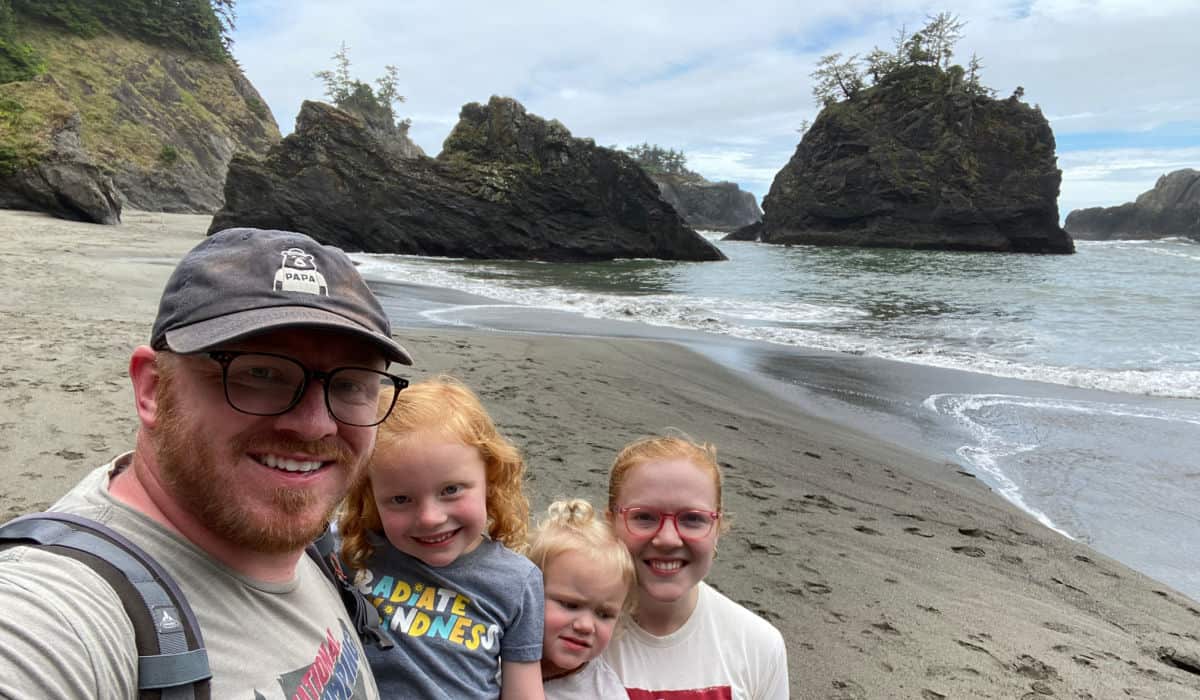 On Thanksgiving, I had lunch with my extended family and I ended up having a conversation afterward with one of my younger cousins, who is looking at colleges in the area during their visit.

I don’t really know much about him as his part of the family lives on the East Coast but as soon as I mentioned hiking, his eyes lit up. He’s a huge hiking enthusiast, it turns out.

He said that if he does end up transferring to a university in the area, he’d want to go out hiking as often as he could and he wanted to know a few of the most iconic. He wants to do the most popular first before going into the deep cuts.

I grabbed a pen and then wrote down the top ten most iconic hikes in the Pacific Northwest, in no particular order. Here is the list I gave him in greater detail than I could write on the back of a napkin on the way to my traditional post-Thanksgiving nap.

As far as iconic hikes in Washington state go, Mount Rainier absolutely has to be at the top of the list. The mountain is inextricably linked with the Seattle area and the Pacific Northwest in general.

If you aren’t a professional mountain climber and don’t want to hike the 14,417 feet tall peak, there are 270 miles of trails in Mount Rainier National Park, so hikers of all kinds will be able to find one that suits their needs.

The classic trail here is the Skyline Trail in the park’s Paradise hiking area, which starts at the visitor’s center and is 5.5 miles long. The trail is wider than most and offers some of the most amazing scenery in the entire Pacific Northwest.

One of the longest trails in the United States, the 2,653-mile Pacific Crest Trail is part of the Great Western Loop and, along with the Appalachian and the Continental Divide Trails, is considered part of the Triple Crown of Hiking.

The trail runs from the entire length of the western United States, from the Canadian border in Washington (or, unofficially, Manning Park in British Columbia) all the way down to the California side of the Mexican border.

Most people only walk part of the trail, although several thousand people hike from one end to the other every year, which is a journey of about three to five months.

Just a few miles from Skagway, Alaska is where you’ll find the ghost town of Dyea, which was a major part of the Klondike Gold Rush before the residents abandoned the village in favor of its larger neighbor.

The Chilkoot Trail, named for the Chilkoot Tlingit who originally used it as a trading route, is 33 miles long and ends across the Canadian border in Lake Bennett, British Columbia.

Over 10,000 visitors come to Alaska every year to enjoy the scenic views on the mountain trail, as well as some of the relics left by miners on their way from Canada to come to seek gold in Alaska.

This is another Southeast Alaska hike, found in the capital city of Juneau. The mountain is most famous for the tramway that takes visitors 1,800 feet up to the visitor’s center for some of the most amazing views the state has to offer.

The tram offers one-way tickets from the top of the mountain for only $10, so hikers can take one of two trails up the mountain and get a ride back down. The trailhead on Basin and 8th is easier and less steep than the one on South Franklin Street.

The Upper Priest Lake Trail, just outside Nordman, Idaho, is one of the best hiking spots you’ll ever visit. It’s a rather easy route and, at 18.9 miles, makes the perfect day hike. It’s shorter than the others on this list but I wanted to include one from Idaho.

One of the key attractions here (other than the amazing scenery, of course!) is an abandoned mine shaft that can be seen from the trail. Dogs are welcome on the trail as well, as long as they’re on a leash.

It is also a prime viewing spot for caribou, although there are also bears in the area, so it’s best to be prepared and use caution in case of an encounter.

Inside British Columbia’s Pacific Rim National Park on Vancouver Island, the West Coast Trail has 47 miles of postcard-worthy views, ranging from the rainforest to sandy beaches.

It can be a bit of a slower hike, as there are over 100 wooden ladders that must be climbed and several rivers to cross, a few of which include cable cars to help transport you from one side to the other.

If 47 miles isn’t enough and you’d like a little bit of an extra adventure, the 25.5-mile Juan de Fuca Trail (named for the Spanish explorer) connects to the West Coast Trail’s southern entrance.

Just be aware that reservations are required for the West Coast Trail so you’ll want to be thinking a year ahead if you want to cross this one off of your bucket list.

The Oregon Coast Trail is actually a few miles longer than the actual coast itself, coming in at about 425 miles in total.

Ten individual segments combine to make up this trail, with some of them being on beaches, some along the roadside, and the rest on the traditional dirt paths you’d picture when you think of a trail.

If you’d like to avoid the paved road portions, there are several private ferry companies that will offer passage between beaches, which also provides amazing views of the Pacific Ocean.

The Olympic Discovery Trail is a 130-mile route that is not yet 100% complete but with a little bit of road travel, the entirety of the planned path can be enjoyed.

Olympic refers to the area around Olympia, Washington, and not to any worldwide sports competitions. The path goes from beaches to the Olympic Mountains and provides some of the best views of the Juan de Fuca Strait.

The route is divided into four segments (East End, East Central, West Central, and West End) and a large portion of the trail is dedicated to non-motorized travel.

No discussion of iconic trails in the region would be complete without the Pacific Northwest National Scenic Trail, a 1,200-mile adventure that provides an excellent sampling of all the scenery we have to offer.

The trail goes from Cape Alava on the Washington coast all the way to Glacier National Park in Montana, which provides hikers with the ability to see large portions of both states, as well as the Idaho panhandle.

It is entirely on the United States side of the Canadian border but it would be very easy for hikers who want to see British Columbia to make a small detour and explore the rich beauty of the Pacific Northwest from the Canadian side.

If you’re a fan of forested trails, this is an excellent choice, as it offers a trip through one of the most diverse coniferous temperate forests in the world. 32 different species of conifers can be seen along the trail.

I don’t recommend it for the casual hiker, however, as a majority of the route takes place over the Klamath Mountains and is very strenuous.

These are just a few of the most iconic hikes in the Pacific Northwest, spanning every state (and British Columbia!) in the region. They showcase the amazing natural beauty of our corner of the world and I hope you enjoy hiking at least parts of them.

With most (if not all) of the trails on this list, if you’re hiking for any length of time, you’ll want to keep some basic safety tips in mind, particularly for dealing with bears, snakes, and other wildlife that live nearby.

Above all, remember to have a charged cell phone and to tell someone where you’re going and how long you expect to be gone.

I once knew a guy who spent a week on the Pacific Crest Trail and didn’t tell anyone. He came back okay but his friends and family were not happy with him and were afraid that something terrible had happened when they couldn’t get ahold of him.

No matter which of these trails you choose to hike or for how long, you’ll be guaranteed to enjoy some of the most amazing views the Pacific Northwest has to offer and we can’t wait to welcome you on your next hiking adventure!