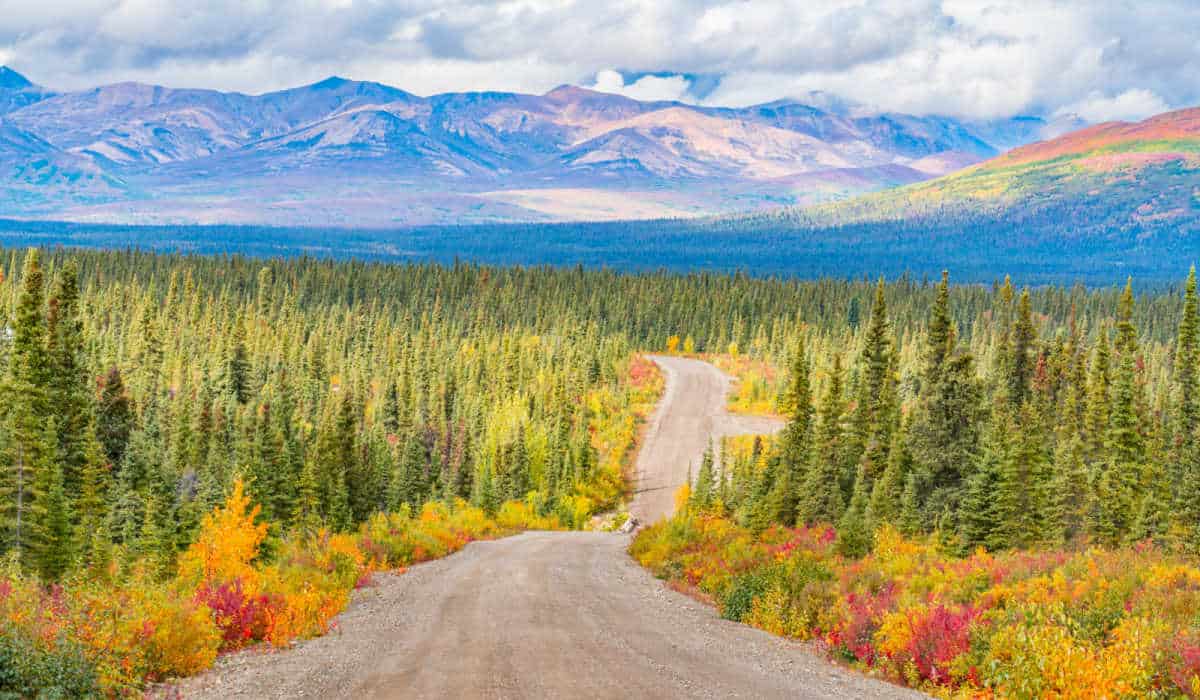 Some of the most beautiful sights you’ll ever see can be found in National Parks across the country. Another great place for amazing scenery and activities is the Pacific Northwest.

From this, we can assume that some of the greatest sights in the entire country can be found at National Parks in the Pacific Northwest. It’s a great assumption because it has the benefit of being true.

Do you know how many National Parks there are in the region and what their names are? Here is the complete list of all 11, starting at its northernmost point in Southeast Alaska and then working our way south.

At 13.2 million acres, Wrangell-St. Elias National Park is the largest in the United States. In fact, it is larger than the combined sizes of Yellowstone, Yosemite, and the entire country of Switzerland!

Only part of the park counts as the Pacific Northwest, however. A majority of it is located in Alaska’s interior but there is a sizable portion in the southeast panhandle near Yakutat, so it counts for our purposes.

Major attractions here include one of the largest mountains in both Alaska and Canada (Mount Saint Elias), multiple glaciers (including the Malaspina, the Hubbard, and the Nabesna), and the Begley Icefield.

Just to the south of Wrangell-St. Elias is Glacier Bay National Park, near the city of Gustavus. The park is just under 5,000 square miles and is named after the over 1,000 named glaciers it contains.

As the park resides on lands that once belonged to the local Native Americans, the National Park Service agreed in 1994 that the management of the area would be shared with the Tlingit people of Hoonah and Yakutat.

Many of the park’s visitors never step foot on land, although camping is permitted in parts of the park. Generally, people see the area’s natural beauty and awesome wonders from cruise ships or tour boats that depart a short drive from the town of Gustavus.

The smallest National Park on this list, Mount Revelstoke in British Columbia’s Selkirk Mountains is only 100 square miles but manages to pack a lot of scenery and adventures into that space.

The Meadows in the Sky Parkway is a 26-mile paved road that takes visitors nearly to the mountain’s summit and only a short walk is required. It is Canada’s only National Park that offers this unique experience.

Skiing is popular here, although it is considered a difficult mountain. It features the longest vertical drop in North America, at 5,680 feet. Discounts on multi-day passes are available to western Canadians, as well as visitors from Washington, Oregon, and Idaho.

Not to be confused with the one in Montana (which is too far east to be part of this list), Glacier National Park is adjacent to Mount Revelstoke. It is quite a bit larger, at 521 square miles.

It is home to the 3.7-mile Nakimu Caves, the largest system in Canada. They are generally not accessible to the public, unfortunately, in order to preserve both the caves themselves and the populations of endangered bats that live inside.

The park gets its name from the 131 currently-identified glaciers that can be found within. Visitors will also not want to miss the amazing waterfalls located throughout the site as well.

Kootenay National Park is slightly larger than nearby Glacier, coming in at 543 square miles. Its main features include valleys, canyons, and grasslands.

The primary point of interest for visitors is Radium Hot Springs, whose hot pool is open every day of the year, including on national holidays. There is a cool pool as well, although it is only open from Friday to Sunday.

Hiking is another popular activity here, probably because a dip in the hot springs after a long hike sounds great! There are over 125 miles of trails in the park.

Immediately north of Kootenay is the 507-mile Yoho National Park. It is known for its massive ice fields and tall mountain peaks, which are some of the highest in the Canadian Rockies.

The second largest waterfall in Canada, Takakkaw Falls, is found here. Its total height is 1,224 feet and the main drop is 833 feet, which definitely makes it a sight to behold.

One of the popular attractions here is the guided tour of the Burgess Shale, a fossil deposit estimated to be over 508 million years old. The fossils extend through Kootenay National Park and can be seen there as well.

Up next in Washington, we have Mount Rainier National Park, home to the 14,410-foot mountain of the same name. It is one of the tallest active volcanos in the United States.

There are dozens of trails in the park, ranging from 2.5 miles to 93, giving visitors the opportunity to choose the trail length that suits them best.

Visitors to the park can also go backcountry skiing or snowboarding on the mountain between mid-December and mid-April.

Near the Canadian border in Washington is one of the most fascinating National Parks in the United States, North Cascades National Park. It contains over 500,000 acres of mountains, glaciers, and the forest with the highest biodiversity in the world.

Because of environmental protections set in place in 1968 that designated the area as wilderness, there are very few roads or buildings in the park. It is one of the few places left to enjoy nature in its purest form.

It is one of the more difficult National Parks to visit in winter because of the high levels of snowfall that put the area at high-risk for avalanches. The main road, State Route 20, is often closed in winter due to excessive snowfall.

Olympic National Park near Washington’s Pacific Coast is the home of Mt. Olympus and sits on over 900,000 acres of land. It is well-known for its diversity, as it has three separate ecosystems. These include meadowlands, the Pacific coast, and rainforests.

It is also home to the Hoh Rainforest, which receives about 100 inches of rain and over two feet of snow in a given year. The forest is mainly made up of western hemlock and Sitka spruce trees, although there are several other species found here as well.

There are a lot of winter activities here, including snow tubing and snowboarding, although one of the primary attractions during the summer is the mineral pool baths at the hot springs.

Oregon’s only National Park, Crater Lake is 1,949 feet deep at its lowest point, making it the deepest lake in North America and ninth-deepest in the entire world! It was formed by the eruption of Mount Mazama over 7,500 years ago.

One of the most popular hiking trails here is Garfield Peak, which is not named after either the former president or the beloved orange cat as many believe. It is actually named for the president’s son, who was Interior Secretary for Teddy Roosevelt.

A popular activity here is the boat trip to Wizard Island on the western end of the lake, which is a piece of the volcanic cinder cone that forms an island. It is also an excellent location for bird-watching and backcountry camping.

Since we consider parts of northern California to be in the Pacific Northwest, I’m including Redwood National Park near the Oregon border on this list. It is 138,999 acres in total, which makes me wish they would add one more just for the even number.

In addition to the massive trees themselves, there is a wide variety of wildlife that can be seen here, including bald eagles, green sea anemones, banana slugs, and many more.

During the summer, the NPS offers kayaking tours of the Smith River, which runs through the park. It is also very popular with traditional campers, backcountry campers, hikers, cyclists, and horseback riders.

Our final count gives us two in Alaska, four in British Columbia, three in Washington, one in Oregon, and one in northern California. Alaska and California have more parks, of course, but those are outside of the confines of the Pacific Northwest.

I had also considered including Yellowstone National Park but ultimately decided against it since only 3% is in Idaho and 1% in Montana. Also, they’re a bit south of what I consider the Pacific Northwest.

Whether you visit just one of these parks or all 11, you’re sure to have an amazing time viewing nature and enjoying wonderful outdoor activities. Book your trip today!