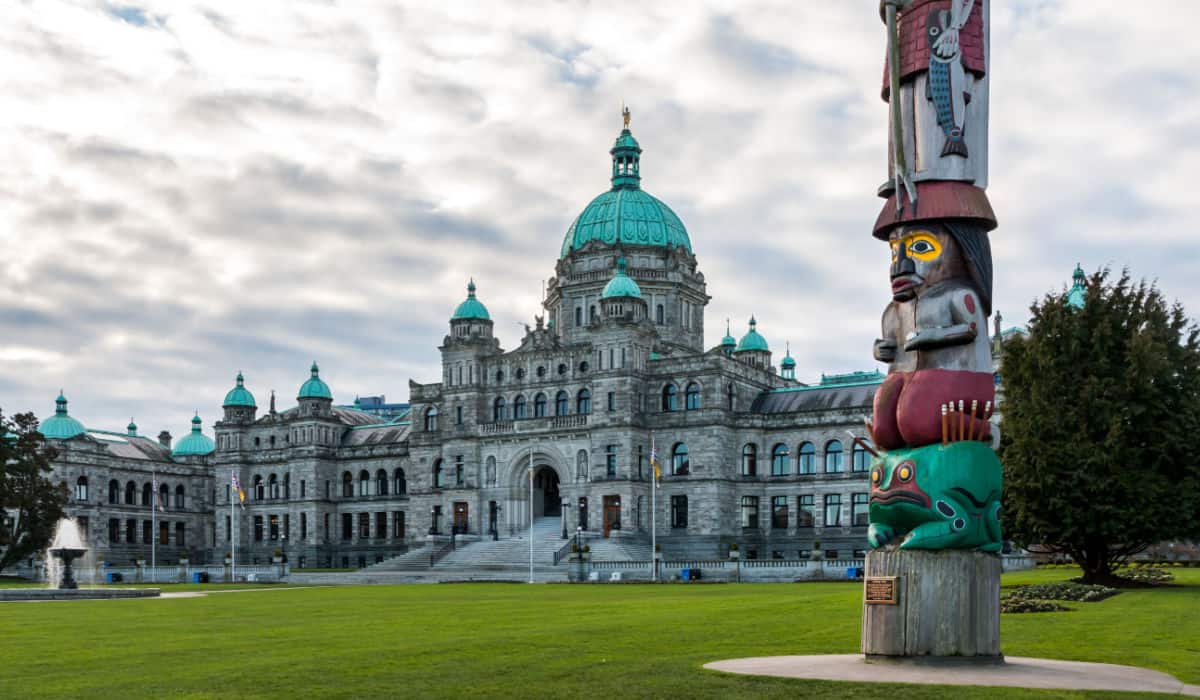 An important part of the rich history of the Pacific Northwest is the many Native American tribes who have inhabited these lands for thousands of years.

There are many different groups of Native Americans in the region, which is one of the preferred terms, as “America” in this context refers to North America and not the United States of America.

“Indigenous”, “Native Americans”, “Alaska Natives”, and “First Nations are the most commonly accepted terms for these people. In my experience at least, as long as you’re respectful and don’t say “American Indians” or “Aboriginal”, you should be fine.

There are many things they all have in common, including their traditional subsistence lifestyles that some still adhere to today, conflicts in the 1800s with the American military, and the use of totem poles to tell stories or relate history.

However, there are many important differences between the tribes and their people as well, both culturally and historically. Here are some facts about each of the tribes that live in the Pacific Northwest, starting in Alaska and moving south.

It should be noted that this is an incomplete list, as there are many other tribes whose histories and cultures have been lost to time.

The Tlingit People primarily live in Southeast Alaska and are the most populous tribe found in the area, although they do also have a presence in British Columbia, the Yukon Territory, and the Puget Sound area of Washington.

Today there are 14,000 Tlingit living in Alaska and about 2,100 live in the Yukon Territory and British Columbia.

The three main types are the Chilkoot, the Chilkat, and the Taku, all of whom inhabited different sections of Southeast Alaska. All of these are divided into two moieties, the Raven and the Eagle.

Marriage within one’s own moiety is a cultural taboo, with many potential romances ending before they began when both find out they’re both Eagle or Raven.

There are many museums and cultural sites in Southeast Alaska to learn more about the Tlingit people, including Juneau, although for the best experience, you may want to visit a smaller, traditional village like Angoon or Kake.

The Haida people are the original inhabitants of the islands off the coast of British Columbia, where they have lived for 13,000 years.

As of the most recent counts, there are just under 5,000 Haida living in Canada and just under 6,000 living in the United States.

The Haida Gwaii Islands were formerly known as the Queen Charlotte Islands, but the name was recently changed to honor the Haida people and as a move of reconciliation from the Canadian government, who mistreated the Haida for hundreds of years.

There are also many Haida who live in Southeast Alaska, particularly Prince of Wales Island, where they hold a special relationship with the Tlingit people.

After a group of Tlingit warriors accidentally killed a Haida chief, the Tlingit gave lands to the Haida and now, the two tribes work closely together to advance the interests of both people.

The best place to learn more about them is the Haida Gwaii Museum on the islands of the same name, just a quick flight or boat trip from Vancouver.

The Tsimshian People have traditionally made their homes on the coasts of British Columbia, where eight of their nine tribes now reside. There are a total of about 8,000 Tshmishian people today, with two-thirds living in Canada.

The ninth tribe lives in Southeast Alaska, in a village on Annette Island near Ketchikan called Metlakatla, named after the city they left in British Columbia after following the American missionary William Duncan to Alaska.

Duncan is a controversial figure among both the Canadian and Alaskan Tsimshian. Some believe he was a good man who brought Christianity and assistance to their people, while others see him as a symbol of American colonialism and the destruction of their culture.

Metlakatla is unique in Alaska, as it is the only federally recognized Native American reservation in the state.

The other Alaska Native groups are part of the Alaska Native Claims Settlement Act (ANCSA), which authorized the creation of corporations that control each group’s lands and take care of tribal citizens.

There are day trips available from Ketchikan to tour the city of Metlakatla and learn more about the Tsimshian culture and its history.

The Suquamish People of Washington are one of the state’s largest groups of Native Americans and have inhabited the Puget Sound area for thousands of years. There are about 6,500 Suquamish today, most of whom still live in Washington.

Perhaps one of the most famous Native Americans was the Suquamish Chief Seattle, after whom the city was later named.

His famous speech, which advocated for respecting the environment and the protection of Native American land rights, has lived on for over 150 years since his death.

The Suquamish are closely related to the Duwamish people, as Chief Seattle was a leader of both nations. The Duwamish are not federally recognized as a separate tribe at this time, but as many Duwamish are also Suquamish, they do receive federal protection.

The Suquamish Tribe operates a museum in the city of the same name where you can learn more about their culture, including an exhibit about Native Americans who served in the Armed Forces. Chief Seattle’s grave site is only a five-minute walk away.

The Snoqualmie People are a smaller tribe of about 1,500 people that also live in the state of Washington, mostly on a reservation near the same-named town, which is a short bus ride away from Seattle.

They are considered a Salish tribe along with the Suquamish and the Duwamish, as all three peoples had traditional homelands near the Salish River.

The Snoqualmie Valley Historical Museum features many artifacts from the tribe, as well as other pieces of history from the surrounding area.

Umpqua is actually an umbrella term that describes several Native American tribes living in Oregon’s Umpqua Valley. These four are the Upper Umpqua, the Lower Umpqua, the Cow Creek Band, and the Southern Molalla.

There are about 1,400 members of the Cow Creek Band, the largest of the remaining groups. For 8,000 years before European settlers arrived, the Umpqua people spoke multiple languages, several of which are now extinct.

The Cow Creek Band was one of the first Native American groups to secure a treaty with the United States, although the signers did not fully understand the terms and, as a result, were forced to sell their land to the government.

Today, they remain focused on reclaiming their ancestral lands and healing from harmful government intervention at both the state and local levels that have negatively impacted the tribe for over 150 years.

The Umpqua Discovery Center in Reedsport has many artifacts and exhibits related to the history of the land and its people.

The Nimiipuu are commonly called Nez Percé, a name given by French settlers that translates as “pierced nose” in French, although it is inaccurate because the Nimiipuu did not pierce their noses.

There are approximately 3,500 Nimiipuu living today, mostly in the lower section of the Idaho panhandle.

Perhaps the most famous Native American of his day was the Nimiipuu leader Chief Joseph, who surrendered to the United States government in a legendary speech that contained the famous line, “I will fight no more forever.”

They are also known for the Nez Perce horse, a species that was created when tribal members began crossbreeding in an attempt to reclaim the horse culture that was taken from them. It is well-known for its great speeds.

The Nez Perce National Historical Park about ten miles from Lewiston, Idaho, features a museum with many artifacts about their history, culture, Chief Joseph, and their fight against the American government.

The Kutenai People live in southern British Columbia, northern Idaho, and western Montana, after having migrated from their ancestral homes in Alberta and Saskatchewan.

They are divided primarily into two groups, the Upper and the Lower Kutenai, based on which part of the Kootenay River the groups called home. Both groups were famous for their bison hunting, which was their primary source of food for hundreds of years.

Today they primarily live on the Flathead Indian Reservation in western Montana, which is over 1,900 square miles. As of a few years ago, there were just over 1,500 members of the Kutenai tribe.

There are many historical sites on the reservation that detail the long and rich history of the Kutenai people.

These are just a few of the larger Alaska Native and Native American tribes that live in the Pacific Northwest. It is just a brief overview, as it would take thousands of pages to give a complete history of each tribe and its cultural history.

To learn more about these tribes and their people, you can visit the many dedicated museums and historical sites all across the Pacific Northwest.

No matter where you go or how long you stay, you’ll have a wonderful opportunity to experience the amazing Native American cultures that have existed in the region for 10,000 years!