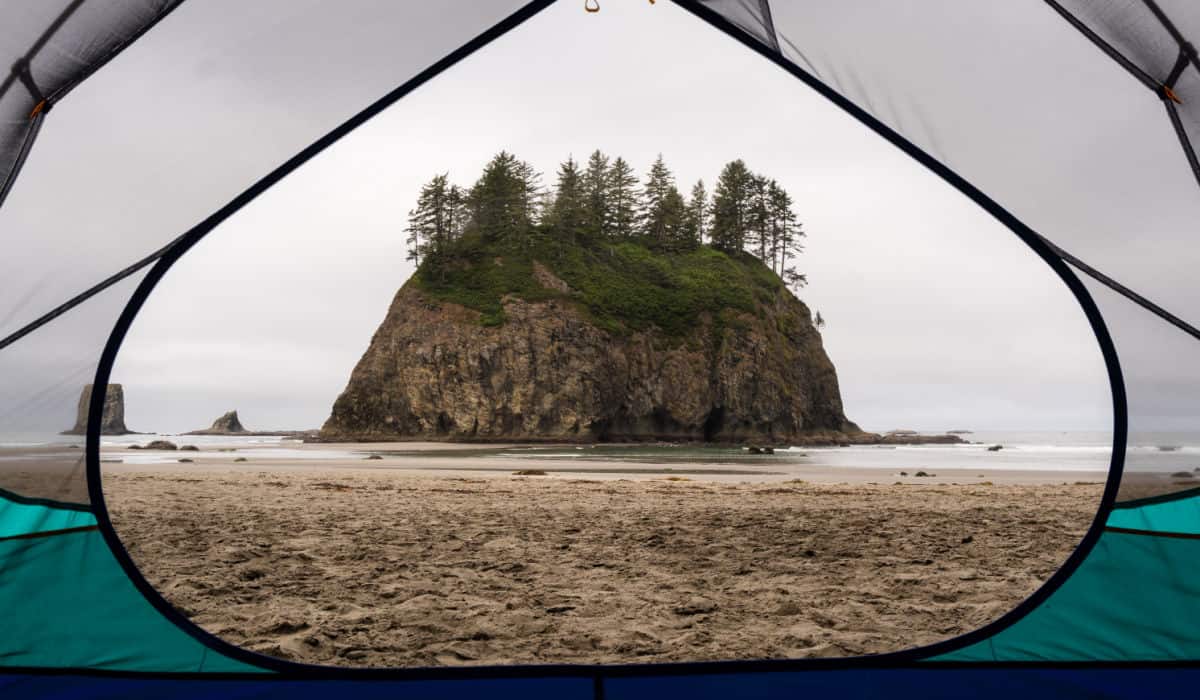 A few weeks ago, I was hanging out in Portland with a few friends of mine, talking about what we were going to do over the next few days.

Most of us said we were going to stay home and watch football or do chores around the house until one of the guys said that he was thinking about going camping with his family on the coast.

The conversation stopped immediately and everyone turned to look at him since he’s never been the outdoors type, at least as far as we knew. He never goes hiking with us and once took an Uber six blocks to a MAX Station because he didn’t want to walk.

As we had all surmised, it was his wife’s idea. I’ve done far sillier things for love, so I can’t really fault him! I asked him where they were going and he said they hadn’t decided yet.

Since I was one of the only ones who didn’t make fun of him, he took me aside afterward and asked if I knew about the camping laws on the coast. Could they just go to any beach and pitch a tent? Lucky for him, I knew all about it. Here’s what I told him.

Can You Camp on Any Beach in Oregon?

The answer to that question is a little more complicated than you might expect, as it lies within the Oregon Beach Bill of 1967.

The year before, the owner of a hotel near Cannon Beach put up a fence around a section of the sand and declared it to be a private area, only for use by hotel guests. Many local citizens protested, leading to a new piece of legislation.

Under the Beach Act, the entire coast (listed as 16 feet above the low tide marker) belongs to the State of Oregon. Although some sandy areas are privately owned, they’re still open to the public.

Since all the beaches on the coast are public property, the law itself would seem to make camping on beaches legal. However, the situation is more complicated, as there are a lot of state and local restrictions on where you can and cannot camp.

It is illegal to free camp (i.e., not in an established campground) in or near any state park or on any beach that is part of a city. That rules out a vast majority of the coast.

Will I Get Arrested for Camping on a Beach? Is it Safe?

For the most part, no, in a ridiculously implausible scenario where you had to camp on a beach because you were prevented from leaving by the weather or some other extreme cause, it’s highly unlikely that would you be arrested.

However, the legal issue isn’t the main reason why you shouldn’t camp on the beach. The bigger concern is the reason why it’s illegal in most places, which is that camping on a beach is inherently unsafe.

High tides can be unpredictable and even if you’re above the marker, you could wake up underwater or worse. It doesn’t matter how good your tent stakes are, they won’t be useful for very long in wet sand.

The other major concern is the wind coming off of the water, which can hit a bonfire and catch the vegetation above the sand line on fire.

It also leads to other issues like potentially running out of drinking water or finding a place to go to the bathroom at 2 AM. Even if camping on the sand were legal, I wouldn’t recommend it at all.

What’s the Punishment for Illegal Camping?

I’m not revealing any secrets here by saying that some hikers do camp illegally along the coast. It’s been widely publicized in newspapers, in official statements from government officials, and in many corners of the internet.

The punishment varies, of course, between various cities, and on state land, although it is generally a fine and doesn’t involve jail time.

Cannon Beach, for example, takes a hard line against it, citing both the pubic nuisance aspect and the fact that, economically, it’s harder for hotel owners to stay in business if people can legally sleep in cars or on the beach.

Illegal camping in Seaside/the Cannon Beach area is a class B misdemeanor that carries a $260 fine, which can go up or down slightly, depending on the decision of the local magistrate.

Realistically, though, the odds are pretty good that, at most, a forest ranger, local police officer, or a similar person will politely ask you to leave and, if you do so, that’s probably the end of it.

If you really want to camp on an Oregon beach you can find a spot to do it without getting caught.

So, Where Can I Camp?

If you want to go camping near the beach, there are many state parks with designated campgrounds that will be much safer and more pleasant than trying to get comfortable on uneven sand.

According to the State Park Service website, there are 16 campgrounds with cabins or yurts that are available for rent, from Astoria all the way down to Brookings. From all of these, it’s just a short walk down the beach.

If you still want to camp in a tent on or near a beach, there are a few options available to you that aren’t in state parks or within the city limits of a town.

However, the drawback here is none of these beaches allow overnight parking, which means you’ll have to hike a few miles to the campsite.

Camping on the Oregon Coast Trail

The Oregon Coast Trail is officially 382 miles long (although it can be a little longer depending on which route you take) and every year, thousands of people hike the entirety of it, or at least a few segments.

You may be wondering where people camp while they’re hiking if most of the trails go through beaches and the vast majority of them are in places where camping is illegal. It’s a very good question.

The answer is that it depends on the hiker. Some people meticulously plan out every detail based on how many miles they’re willing to walk in a day and then book campsites, hotels, cabins, or another type of accommodation before they leave their house.

However, other hikers prefer a day-by-day approach and don’t want to commit to hiking 20 miles to make their next hotel room on a day when they wake up and decide they’d like to take it easy.

Some of these adventure-seekers find themselves too tired to keep going and will often camp in forested areas or near beaches. They’re just looking for the closest place they can find.

There is a chance that camping restrictions may soon be relaxed on parts of the Oregon Coast, although it is not guaranteed.

In 2018, the Ninth Circuit Court of Appeals (which has jurisdiction over the Pacific Northwest and a couple of neighboring states) ruled in a case called Martin vs Boise that cities that don’t have adequate homeless shelter beds can’t enforce anti-camping laws.

However, the ruling specifically says that it doesn’t mean cities can’t ban camping on public grounds. It was appealed to the Supreme Court, which declined to hear the case and let the ruling stand.

Although the current anti-camping laws in Oregon were allowed to stand under that ruling, there has been a recent push in state government to reduce restrictions in some areas, although whether or not it ends up happening or if beaches are affected is unknown.

At the present time, it is illegal in the state of Oregon to camp in or near state parks, within city limits, along roadsides, or anywhere within view of a private residence.

There are many campgrounds on the coast, including a few free ones, that are available, however, in addition to rental cabins, yurts, hotels, AirB&Bs, and other similar establishments.

Setting up a tent on sand is not safe or comfortable, either, so even if it were legal, you’d probably be better off finding an established campground or rental cabin close to the beach.

There is a movement right now in the state legislature to relax some of these restrictions, although the extent of those changes and whether or not they ever actually end up happening is unknown at this time.

Oregon is proud to welcome campers, hikers, nature enthusiasts, and beachgoers from all around the world and we can’t wait to see you on your next visit!