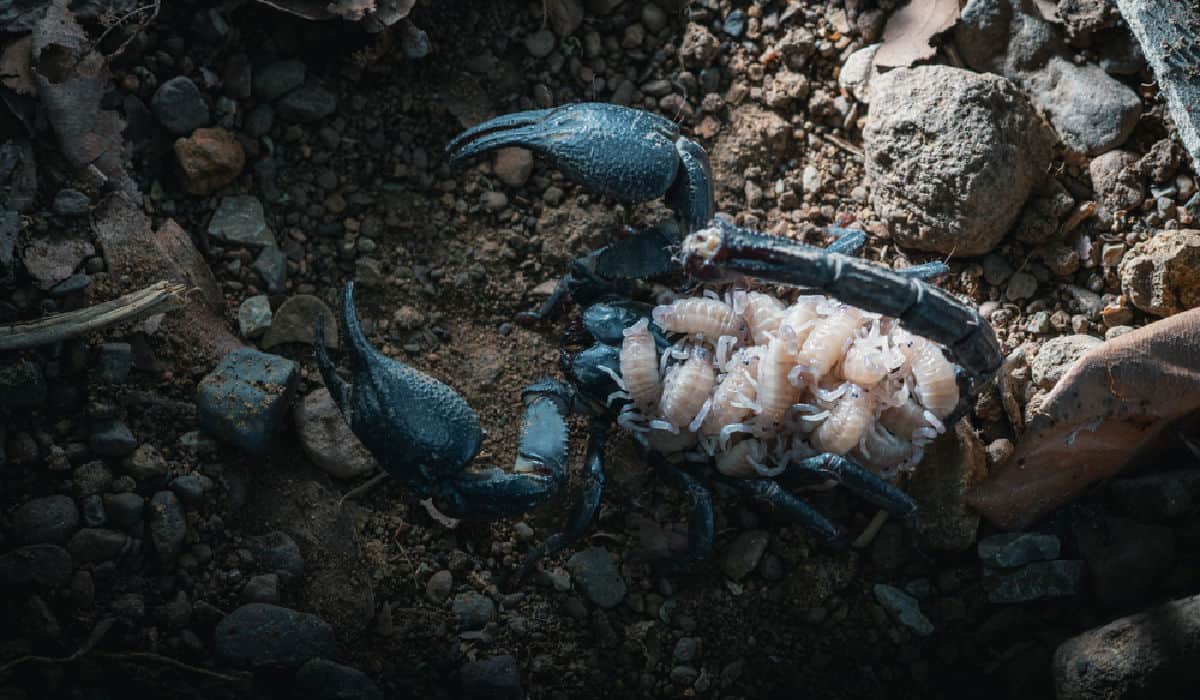 A friend of mine is coming down to visit me in Oregon next month and she asked me the other day if I had ever seen a scorpion while living down here or if we even have them at all.

I told her that there are many species of insects and wildlife in the Pacific Northwest. They’re part of the ecosystem that gives the region its natural beauty.

Some of them are pretty cool, like the many species of butterflies, ladybeetles, and other small creatures that live here. Some of them are less inviting, however, and some can even be dangerous.

Of course, I said this because I was stalling for time so I could send a text message to another friend who has lived here longer than me and is studying entomology. It turns out I was right all along but I don’t like being wrong.

Does Oregon Have Scorpions?

The answer is yes, there are actually three different types of scorpions that live natively in Oregon, although there have been scattered reports of other types being seen throughout the state.

They are pretty rare, however, as many Oregon residents go their entire lives without ever seeing one or at least without being aware that they’ve seen one. Some of them can be very small and hard to find.

There are three main types of scorpions that live in Oregon natively but there have also been scattered reports of other types being found here as well.

The 3 Types Of Scorpions In Oregon

Vejovis boreus, commonly called the northern scorpion, is the most common type found in Oregon. It can also be found in other parts of the Pacific Northwest and as far south as Arizona and New Mexico.

The adults are only about 30 to 40 millimeters long, which can make them very difficult to spot while out in the wild. They are also nocturnal, like most scorpions, which means you won’t be likely to see one during the day.

Female northern scorpions are generally a bit larger than the males but tend to move around much less than the males. Studies have shown that a male of the species will move around six times as much as the females.

They generally do not bite humans and if they do, it is usually not considered serious, although as with any insect or arachnid bite, there is always the possibility of an allergic reaction.

They prefer what’s known as “the Goldilocks Zone” for their climate, one that is not too hot or not too cold. They are often found hibernating in warm places, like under rocks, during the late fall and winter seasons.

Uroctonus mordax, commonly called the forest scorpion or the northwest forest scorpion, is found almost exclusively in the forests of Northern California near the San Francisco Bay area, but can occasionally be found in Oregon as well.

They are a midsized variety, reaching about five inches or so in length. They have a lifespan of about seven or eight years in the wild. They’re usually dark brown or black and have two large claws in front of their mouths.

Like most types of scorpions, they will glow if you put them under ultraviolet lighting, which makes them easy to spot at night if you happen to have a portable UV light.

Unlike most other types of scorpions, they prefer a damper climate and are most often found in logs, dead trees, and under rocks.

Pseudoscorpions, as their name suggests, are not strictly speaking actual scorpions, but are arachnids that share many of the same features.

They’re very small, usually ranging from about one-tenth to one-third of an inch (two to eight millimeters). They are often mistaken for other insects but are recognizable due to the very long pincers on their faces.

Pseudoscorpions also have a lower average lifespan than the other types in the state, only living about two or three years once they reach adulthood. They also come out in the warmer months and will hibernate in cocoons during the winter.

They are not inherently dangerous to humans because of their small size. They don’t bite or sting but can present a problem because their presence will attract larger insects looking for a meal.

Where Do They Live?

Scorpions in Oregon are pretty well localized to the low deserts near the Columbia River basin and are very rarely seen in places like Portland, Eugene, or Salem.

If you’re camping in those low deserts, you’ll want to be careful when picking firewood, putting your clothes and shoes on, or moving rocks, since they tend to stick to the shadows to avoid overheating or to hibernate when temperatures start to drop.

Most of the people I know in the Portland area have lived here for years and we’ve never seen one. Of course, we’re not big camping enthusiasts either, so maybe don’t go by us.

Are These Scorpions Dangerous?

Scorpions certainly can be dangerous, but they don’t have to be. They’re a lot like skunks in that they’re pretty passive most of the time and just want to be left alone, but their venom can be dangerous when provoked.

If someone in your party has been bitten by a scorpion, you should immediately head to the emergency room to be given Centruroides antivenom. Even if you don’t think the bite was venomous or serious, it’s better to be safe than sorry.

Nine times out of ten, though, it shouldn’t come to that. Scorpions really only bite when they’re threatened and like to avoid confrontation just as much as we do.

Are There Any Benefits to Scorpions?

Scorpions are also a lot like skunks in that they do a great job of getting rid of pests that can be more irritating to humans.

Depending on their size and the nearby food options, of course, a scorpion’s main diet consists of snakes, mice, arachnids like spiders, lizards, centipedes, and other creatures that pose a far greater threat.

There are also people who eat scorpions, although I personally have a bit of a sensitive palate and I don’t think I would ever do it myself. If you do decide you’d like to try one, just don’t leave the stinger on if you’re cooking it.

You should remove the stinger and venom glands first. Then, you can roast, fry, or steam them. You’ll want to order them from a reputable dealer, of course, as wild ones can transmit diseases harmful to humans, like Rocky Mountain Spotted Fever.

They do have some health benefits, as they contain many vitamins and minerals, as well as boost the immune response. As for me, I’m just fine with Taco Bell, it’s questionable enough already.

Do People Keep Scorpions as Pets? Is That Legal?

There are a lot of people who keep scorpions as pets, although most people prefer the larger ones and not the varieties we have here in Oregon.

If you own a garden, having scorpions outside can be very beneficial. Their bodies can’t digest plants, so the only things they’ll eat while they’re out there are other insects or mice that could disturb your fruits and vegetables.

It is legal in all 50 states to own a scorpion as long as you take good care of it. Many states have anti-cruelty laws that would theoretically extend to scorpions as well as cats and dogs, although I’m not sure anyone has been prosecuted over it yet.

To sum up, there are indeed three types of scorpions that live in the state of Oregon, although they’re almost entirely in the low desert areas and not the more populated locales.

If you encounter one, don’t panic. If you leave it to its business and don’t try to pick it up or kill it, it’s very likely to leave you alone and let you carry on about your day.

If you do get bit, seek medical attention right away, even if you don’t think it’s serious, since there is always the risk of an allergic reaction and most people don’t know if they were allergic to scorpion venom or not.

Either way, now you know more about the scorpions that inhabit parts of Oregon and you’ll be prepared to either encounter or avoid them on your next vacation to our corner of the beautiful Pacific Northwest!