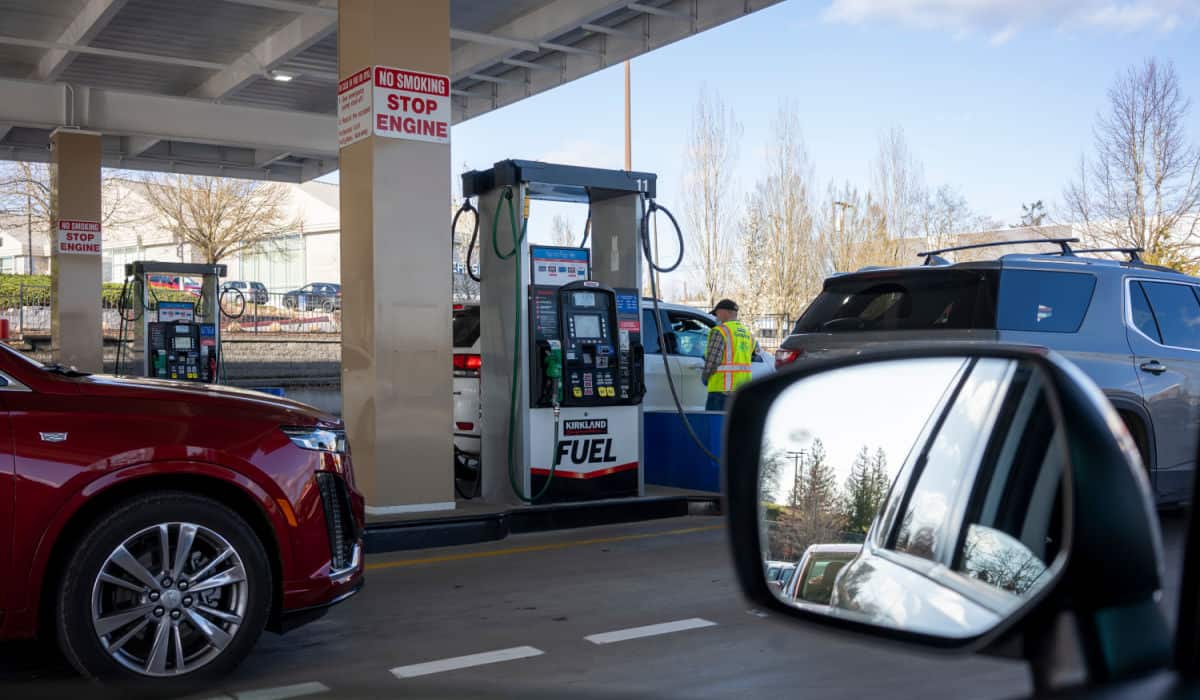 A friend of mine from Alaska came to visit me in Portland last week and we decided to go on a drive to see our friend down in Medford. Naturally, we decided to stop for gas.

She’s very kind, so she offered to get out of the car and pump the gas for me, so I could stay inside with the air conditioning. As soon as she said it, I chuckled to myself and remembered she’s never been to Oregon.

I explained to her that we don’t pump our own gas in Oregon and it’s actually illegal to do so. She was shocked, as I was when I first moved here.

She then started looking through her purse and asked, “Are we supposed to tip this guy? I only have quarters.” I’ll tell you what I told her, then I’ll explain the usual process for you if you’re just passing through the state and have never bought gas here.

Do You Tip Gas Pump Attendants in Oregon?

The answer is no, we Oregonians generally do not tip gas station attendants, because it is not required or expected of us. It’s a lot different than going to a restaurant and not tipping your waiter.

First, the average hourly pay for a gas pump attendant is about $14 an hour, give or take depending on the business. Everyone tips waiters because they sometimes make $4 or $5 an hour and the rest of their wages are expected to be covered by tips.

Secondly, it’s much less work than a waiter or a waitress who has to walk back and forth constantly, make sure your meal is fine, remember everyone’s name and order, and a whole host of other things. Gas pump attendants mostly hang out and pump gas.

Not to be disrespectful towards people in the profession, mind you. I know most of them are good people and hard workers; I’m just saying that waiting tables at a busy restaurant is more difficult.

How Does Getting Gas in Oregon Work?

Getting gas in Oregon might seem weird at first but eventually, you’ll get used to it. When I visit friends in other states, I often sit at the pump for a minute or two before I remember where I am!

When it’s time to fill up, you pull up next to the pump as you normally would. If the gas tank gate has a switch inside of the car as most newer ones do, you should open it at this point.

The attendant will walk over to your car and then he or she will ask what type of gas you’d like, if you’re paying with cash or card, then if you’d like them to fill up the tank or just a certain dollar amount.

If you’re paying with a card, they’ll ask for your zip code, swipe it, hand it back to you, then start pumping the gas.

While your car is filling up, they might go over to the next car (if there is one), or they might stand by and ask about your day or some other small talk. Once it is filled, they’ll remove the pump, close the gate, and thank you for choosing their station.

When Should I Tip?

You’ll notice earlier that I said “generally” we Oregonians don’t tip our gas pump attendants, because there are a few exceptions when we might.

If it’s raining really hard or it’s very cold out, I might give them a dollar or two. I wouldn’t want to be out pumping gas in this weather, either.

Sometimes the attendant will go above and beyond the call of duty and do something extra helpful, like give me directions when I don’t feel like pulling them up on my phone, squeegee my windshield, or something of that nature.

It’s also more common to tip during the holiday season, especially on the actual holiday itself. I feel bad for the guy pumping my gas while I’m driving around avoiding family dinners on Thanksgiving. The least I can do in common politeness is give a small tip.

I’ve also tipped when I can tell the attendant is having a bad day. A few months ago, I saw another motorist get incensed at how long it took the employee to return to his car and remove the pump.

Despite his claims of being in a rush, the driver did have the time to scream at the poor attendant for over a minute while the guy could only repeat “I’m sorry, sir” in an unsuccessful attempt to avoid more yelling.

I gave him $5 and told him that I hoped the rest of his day would be better. I did this after the angry guy left, of course, this isn’t a chain letter from the 90s or a Twitter story where I bravely stood up to a bully and everyone clapped.

Why is it Illegal to Pump Your Own Gas in Oregon?

Public safety is mentioned in the bill as one of the primary factors, as pumping gasoline can lead to unintentionally smelling fumes that could be hazardous. It also mentions “adverse weather,” although our weather doesn’t seem to be worse than most other states.

A lot of people here don’t like it very much and would rather pump their own gas, but it’s probably not going anywhere anytime soon.

I should also point out that there are a few exceptions to the law, including motorcycles and diesel fuel, although most places will be happy to fill you up even if you’re driving a truck or a Harley.

The state also made a brief exception for all motorists in early 2020 during the early days of the Coronavirus pandemic. Local newspapers had to publish stories telling us how to pump our own gas because so many people were confused!

In summary, you do not have to tip a gas pump attendant in Oregon. They will not be expecting one since most people who live here don’t tip them.

If you really want to tip them anyway, you can always offer. The worst-case scenario is that they’ll politely decline. Some of them aren’t allowed to accept tips because of the rules at the establishment that employs them.

Most Oregonians aren’t really in love with the law and would like to be able to pump their own gas, but I don’t expect it to change anytime soon. For me, as long as I can buy gas and drive around, I’m fine with whatever I have to do to get it.

I hope this has given you a better understanding of how to get gas in the state of Oregon and you enjoy driving around the state on your next wonderful adventure in the Pacific Northwest!