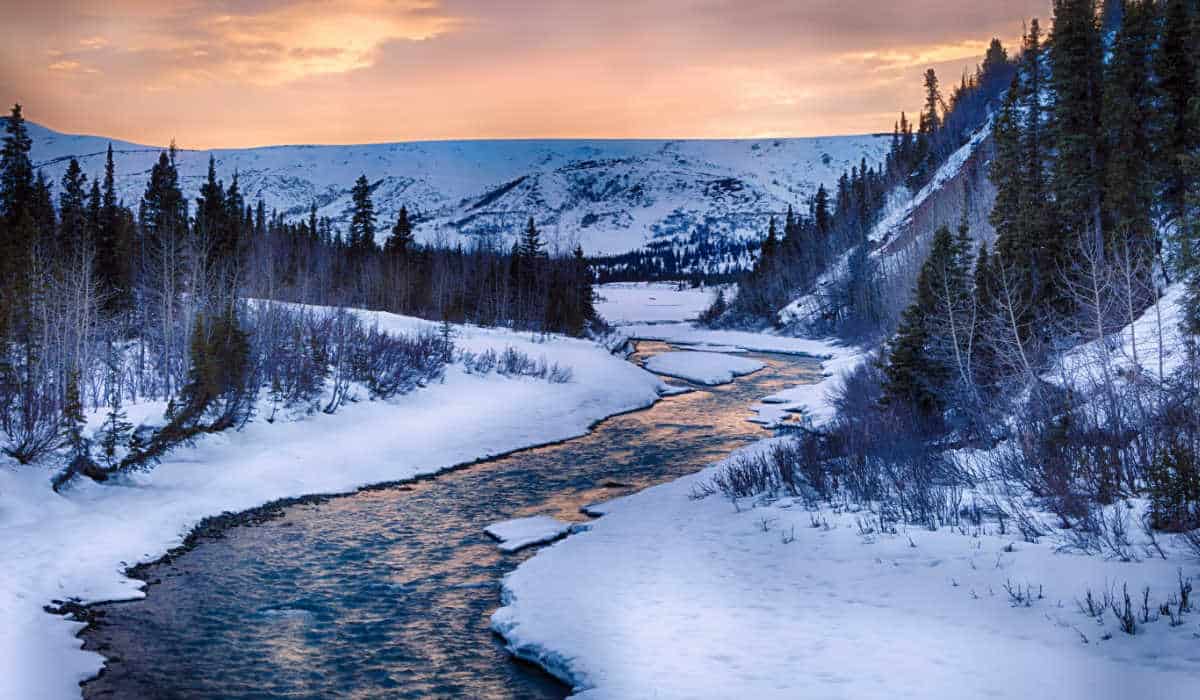 Every now and again, someone will ask if going to Alaska in winter is a good idea. I will now live up to my nickname of “The Nuanced Opinion Guy” and say that it depends on a few things.

Let’s take a look at a few of the most important factors you’ll want to consider before you choose the month in which you’ll travel here.

What Do You Want To Do?

In order to decide when to come here, you’ll first want to make a list of things you want to do.

Alaska has a massive tourism industry, with around two million visitors every year. When the majority of the tourists have left by the end of September, a lot of businesses close down for the winter.

Almost all of the gift shops and other activities or businesses aimed at tourists operate mainly from May through September.

This is particularly impressive to me because that means those small business owners make enough money in five months to pay the rent for the rest of the year, assuming they don’t own the place outright. (Although most ways of making a living in Alaska are seasonal in nature)

These closures mean that if you’re looking to do tourist activities, you’ll definitely want to come in the summer instead.

On the other hand, if you want to see the Northern Lights or the Mendenhall Glacier, those aren’t really going anywhere.

Strictly speaking, the Mendenhall Glacier is receding a few feet per year and will eventually create a fjord like the one that the town of Pelican is found in, but you know what I mean.

Where Do You Want To Go?

I hinted at this with the first question, but the second biggest consideration is which cities/towns/villages you’d like to visit.

If you want to go to Skagway or another small town, you’ll definitely want to go in summer. I love Skagway but there’s not a lot to do there outside of tourist season.

Juneau definitely has plenty of activities and sights to view in the winter, which is unsurprising because the population is around 33,000.

Since there are a lot of people here year-round, we like to have things to do with the other seven months when we don’t have tourists.

Anchorage, Fairbanks, Ketchikan, and other cities with sizable populations will also have a lot of winter activities for your enjoyment.

If you’re coming up here to fish, you’ll be able to do that every day of the year. However, some species are more common than others at different points of the year and some are only available during certain times of the year.

If you want a specific type of fish, like a dolly varden, a king salmon, or a halibut, it’s worth looking up what months they can be caught and which city would give you the best opportunity to catch some.

The third point of consideration is tied into the first two, which are the weather and temperature conditions you would experience during the winter.

As is true with everywhere in the Northern Hemisphere, the further north you go, the colder will get in winter. Sure, Alaska is hot in the summer but we pay for it in the winter.

Since Alaska is such a large state that covers many lines of latitude, the differences between cities can be staggering.

In Ketchikan, the average daily high temperature for the month of December is between 30 and 40 degrees Fahrenheit. It occasionally goes into the negatives at night, but it’s not very common.

In Fairbanks, it’s around 11 or 12 degrees Fahrenheit, with temperatures often going below zero, particularly at night.

Despite both being cities in Alaska, the two are roughly 850 air miles apart. Alaska is a huge state, larger than some countries. Not just the smaller ones, either. Alaska has a greater area in square miles than either Iraq or Mongolia.

There are a few other things that you should think about but I didn’t consider them worthy of their own categories.

There won’t be any cruise ships outside of the May to September tourist season, so you’d have to fly here or take the Alaska Marine Highway from Bellingham, Washington.

Do you have a friend or relative that you could stay with while you’re visiting? If you don’t, that’s okay, hotels are always cheaper in the winter here, as I assume they would be in most places that aren’t near the equator.

If you’ve never driven on ice before and are considering a winter excursion, you should familiarize yourself with what to do if you come across a patch of black ice (named because it’s difficult to see and is transparent – it just looks like regular pavement).

I’ll summarize it as “never slam on the breaks if you’re on ice” because that will just make your car skid out of control faster. I’d definitely recommend looking up a full guide, as there is a lot more to it than that.

Should I Come to Alaska in Winter?

Coming to Alaska can be very fun no matter what time of year it is, but I definitely recommend considering a winter vacation under certain circumstances.

If you’re okay with seeing your breath every day because the temperature is below freezing, you’ll have a good time here.

If you want to see what Alaska is really like without thousands of your fellow tourists around you, winter might actually work better for you.

If you don’t mind missing out on some tourist activities because they’re closed, winter might be for you.

Alaska is such a rich and diverse state that no matter what time of the year you choose to visit, you’re almost surely in for a good time.

As long as you come prepared, dress warm, and stick to Southeast Alaska instead of the harsher winters of the interior (optional, but recommended!), we’d be happy to have you in whatever month you’re able to come and visit!