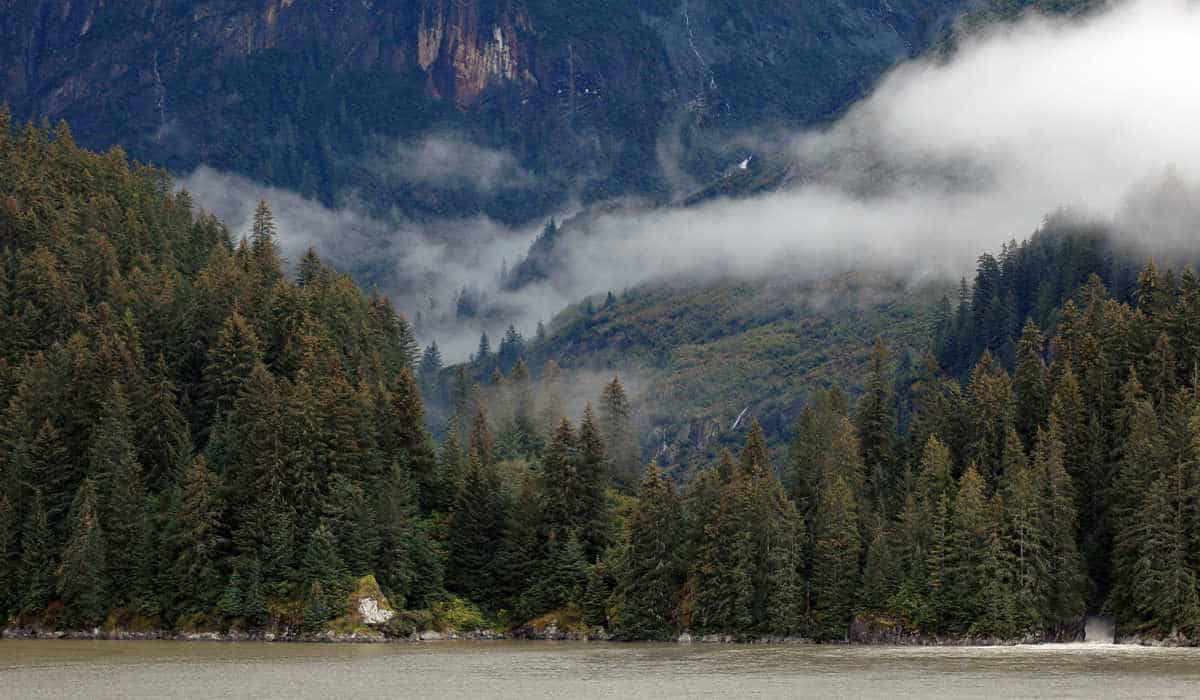 Skagway and Sitka are two of the most popular tourist destinations in Southeast Alaska that don’t get as much press as they should. While everyone focuses on Ketchikan and Juneau both Skagway and Sitka quietly amaze hundreds of thousands of visitors every year.

If you were looking at cruises from Seattle to Anchorage and the top options listed were identical in almost every way, except one stopped in Sitka and the other stopped in Skagway, which should you choose?

We’ll start by looking at the facts about both cities, then move on to the pros and cons of each. I will try to be as non-biased as possible, given that one of my best friends currently lives in Sitka and another one grew up in Skagway before moving to Juneau.

Skagway was founded as a small mining town during the Klondike Gold Rush and became Alaska’s first incorporated city in 1900, beating Juneau by a single day.

Some of that history involves Soapy Smith, the notorious outlaw, swindler, and crime boss who controlled the town’s underworld and was fatally shot on the wharf there in 1898.

Skagway is also connected to the road system, allowing drivers to travel (through Canada) to either Anchorage or Seattle.

It is also one of the most walkable towns in Southeast Alaska, with many points of interest and businesses lined up on a series of boardwalks near the cruise ship docks and Alaska Marine Highway Ferry Terminal.

If you choose to rent a car or otherwise have transportation, the historic town of Dyea, once an important part of the Gold Rush and now a ghost town, is just a few miles away.

Tours are also available on the historic Yukon Railroad, taking visitors across the border into Canada to see the beautiful scenery and historical sites from the gold rush.

Sitka is the largest city on Chichagof Island, with a population of around 8,500 people.

It was founded in 1799 as the original capital of Alaska, a distinction it held until the capital was moved to Juneau in 1912.

Sitka is primarily a fishing town, with 15 charter companies ready to take visitors out to catch halibut, salmon, trout, and other types of fish in nearby waters.

The dormant volcano called Mount Edgecumbe is nearby. A seven-mile-long trail will take you to the top of the mountain, either on your own or as part of a guided tour.

Kayaking is also a major activity in Sitka, with several companies offering excursions or rentals for those who feel comfortable going without a guide.

Sitka is served by both Alaska and Delta Airlines, in addition to the Alaska Marine Highway state ferry system which runs all the way down to Seattle.

It is also the home to Sitka National Historical Park, the site of a battle between Russian soldiers and the Tlingit warriors. It also features many totem poles and over 150,000 museum exhibit items.

Now that we know a little bit about both places, let’s do a comparison to see which one fits your needs better.

Skagway has access to the road system and allows you to drive through Canada to Anchorage in the north or Seattle, Washington, to the south. Sitka is on an island and the only access is by plane or boat.

Sitka has 15 fishing charter companies, while Skagway only has three. Sitka also has a wider range of water-based activities compared to Skagway.

Skagway is heavily focused on history, with plaques, tours, and museums (several of which are free) all around the town. Sitka has a few historical sites, such as the park, but is more oriented towards outdoor activities for tourists.

Visitors can fly directly to Sitka on one of two major airlines, directly from Seattle, Anchorage, or Juneau. Visitors to Skagway who wish to fly must do so from within Southeast Alaska, which is a considerably more expensive proposition.

Cruise ship visitors to Skagway disembark very close to downtown, normally less than a five-minute walk (unless it’s raining or your ship has docked at the very end).

Most cruise ships in Sitka anchor at The Old Dock, which is about five miles out of town. Passengers must take a shuttle into the city center, which reduces the amount of time available to shop and see the sights.

The entire town of Skagway is 463 square miles, which makes it more compact and everything you’ll want to see is close together downtown.

Sitka has an area of 4,811 square miles, making it the largest city in the United States by area. Accordingly, things are more spread out and will take longer to get between points of interest.

This next point might only be of interest to me, but hopefully, there are other fast food enthusiasts out there, reading this right now.

Sitka has a McDonald’s and a Subway, while Skagway has no fast food options. There is a very good pizza place in Skagway I once visited, though, but unfortunately, I cannot remember the name. Just try all the pizza places; I’m sure they’re great.

So Which Do I Recommend?

Related: Be sure to check out our other articles to see how these towns stack up against Ketchikan:

As usual, I have lived up to my nickname of “Mr. Nuanced Opinion Writer” and my conclusion is that both places are great to visit, but you should choose based on what is more interesting to you.

If you’re looking for water-based activities like fishing, kayaking, or anything of that nature, Sitka will provide more opportunities, although you can do some of that in Skagway as well.

If you’re looking to drive and have a passport or passport card to drive through Canada, Skagway is the better choice.

I hope this article has helped you decide which city you’d like to visit – although I really should say “which city to visit first” because I highly recommend both. No matter where you go in Southeast Alaska, the scenery simply cannot be beaten.