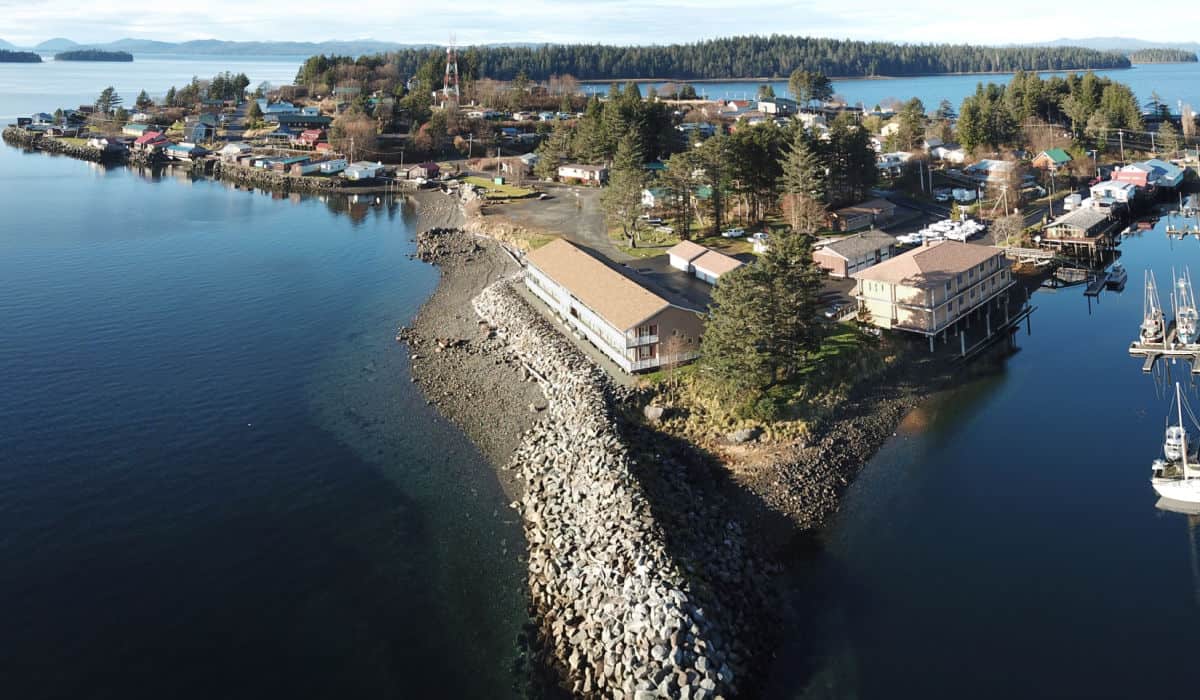 If you’re planning a trip to beautiful Prince of Wales Island in Southeast Alaska, you won’t want to miss beautiful Craig.

Prince of Wales is the fourth-largest island in the United States at over 2,500 square miles. No cruise ships stop at the island, unlike most other major settlements in Southeast Alaska.

Craig is the largest city on the island, with a population of 1,038 year-round residents and many others who only stay during the summer, usually to catch or process fish.

You might be wondering what there is to do in a place that only has a little over 1,000 people. The answer is “a lot”! Like nearly every town in the Alaskan panhandle, there are plenty of activities for visitors to enjoy.

However, most of the things to do in Craig are also things that you can do in other places in southeast Alaska. So, if you want to decide if visiting Craig is worth it, let’s talk about some of the best activities available in town and the surrounding area.

I just have to say, I hope you like the outdoors!

Top Things To Do In Craig

1. Go on a Fishing Charter

As with most towns in Southeast Alaska, Craig offers amazing charter fishing tours, where a knowledgeable captain will take you out onto the water and help you catch the daily maximum allowance of fish.

You’ll be able to choose between lingcod, bass, the various types of salmon, and, my personal favorite, halibut. They’ll send your fish to a processing plant, where it will be vacuum-sealed and sent directly to your home a week or two later.

Before you choose a charter fishing company, you’ll have to decide whether you’d just like to go fishing for a few hours or if you’d like to stay in one of the lodges as well.

There are two major hiking trails in town, the Cemetary Island Trail and the Sunnahae Trail. Both will give you the most amazing views of the island and the surrounding waters of the Alexander Archipelago.

The Cemetary Island Trail is the easier of the two, as it is mostly flat ground covered in gravel that starts, as the name suggests, at the city cemetery and winds about 0.75 miles each way around the water’s edge.

The Sunnhae Trail is slightly longer at around two miles and is rather steep in parts, but is still worth a visit. If you have time, I’d suggest both.

There are several wonderful public parks full of playground equipment, picnic benches, outdoor grills, and other amenities in or close to the town center.

Ralph James Park and East Hamilton are two of the most popular, although Triangle Park is also a great destination if you have a vehicle or don’t mind walking a little bit down the road.

Christopher David Thibodeau Ballpark on Cemetery Island just across the bridge from downtown is probably the best park in town, however, with barbecue pits, a baseball field, a covered picnic area, and much more.

It speaks of the many hardships they faced during that time and their struggles against the federal government, although, as the name suggests, the tone is one of healing from their tragedies and adversity, as opposed to hatred or anger.

My Desire Flower and Art shop in town sells traditional Tlingit artwork, designs, and other items made by the local Huna Tlingit.

There are also many other totem poles and points of interest in nearby Klawock, about seven miles away.

The charter boats in Craig are not just for fishing, although many are. There are also many different tour excursions available.

Whale watching and birdwatching are two of the most common activities, although you can always just charter a boat to take on a tour of the nearby area with no specific destination or activity in mind.

Rhinoceros auklets, a rare seabird in the rest of Southeast Alaska, can be seen in many locations near the city, as well as blue herons and cormorants.

The Tongass National Forest is the largest national forest in North America and is spread throughout Southeast Alaska, but some of the best views can be found on Prince of Wales.

If you’d like to take a break from the standard tourist activities, you can spend a night or two in one of the dozen public-use cabins operated by the US Forest Service in the nearby area.

Most of these are accessible by road, but some of them will require a boat or a float plane, both of which are easily arranged.

If you book either of the cabins about 51 miles north of town, make sure to remember whether you’re booking Kegan Creek Cabin or Kegan Cove Cabin. People often get confused and then have to hike half a mile to the other one!

7. Take a Drive Around the Island

If you’ve rented a car in Ketchikan or brought your own via the Alaska Marine Highway and took it on the IFA ferry, you can drive to the rest of Prince of Wales Island.

This is rare for Southeast Alaska, as most communities are on islands or not on the road system due to regulations that restrict logging and roadbuilding in the Tongass National Forest.

Hydaburg is a mostly residential village, although it does host the annual Culture Festival in late July. It is the largest remaining community of Haida in the state. The road is not very well maintained, however, so use caution when driving south.

El Capitan (not related to the more-famous mountain in Yosemite National Park) is a two-mile-long cave, the largest of the around 500 in the area. It’s about a three-hour drive from Craig and a strenuous climb, but worth the trip if you have the time.

The Dog Salmon Fish Pass Wildlife Area is also about a two-hour drive from Craig, but it is a wonderful place to visit if you’ve ever wanted to see a black bear eating salmon.

The site, run by the US Forest Service, has many viewing platforms where you can see just that from a safe distance.

Unlike some of the smaller towns in Southeast Alaska, Craig does, fortunately, have a few restaurants and places to eat.

If you’re staying in one of the fishing lodges, most (if not all) of your food should be provided by the lodge, so you might not need to worry about choosing a restaurant most of the time.

The Dockside Cafe, named because of its proximity to the docks downtown, is my personal favorite. They have a wonderful brunch menu, plus some of the best halibut I’ve ever had, which is saying something because I’ve lived in Alaska for years.

Njord, a restaurant in the heart of downtown, is another great pick that prides itself on using locally-sourced ingredients. The organic produce they use is grown nearby and all of the fish is caught in the waters surrounding Prince of Wales Island.

There are also several pizza restaurants, or if you’re staying at one of my favorite places, Aimee’s Cabin Rentals on 4th Street, you’ll have access to a full kitchen and can purchase groceries at a smaller store in town or from the larger supermarket in Klawock.

Getting To Craig, Alaska

Cruise ships do not stop anywhere on the island and the state’s ferry system, the Alaska Marine Highway, no longer serves Prince of Wales Island. That leaves only planes and IFA ferries for transportation options.

Both will require you to start in the nearby city of Ketchikan, which you can fly to on Alaska or Delta Airlines. You can also take an Alaska Marine Highway ferry from Bellingham, Washington, or another city in Southeast Alaska.

From there, you can take Taquan Air to downtown Craig or, if you prefer to rent a car (which I recommend!), you can take a beautiful ride on the Inter-Island Ferry (IFA) vessel, the M/V Stikine.

If you prefer to arrive by wheeled aircraft, you can fly to the airport in Klawock, which is less than 15 minutes from downtown Craig.

The IFA ferry from Ketchikan will take you to Hollis, on the other side of the island. It’s about a 45-minute drive and the road between the two towns is maintained very well.

Craig is primarily a fishing village, although there is still a lot to do in town if you can’t or don’t want to go catch some fish yourself.

It is a great place to get in touch with nature, enjoy Tlingit and Haida arts and culture, or even as a home base if you enjoy driving and want to enjoy the rest of beautiful Prince of Wales Island.

It’s a great place to go if you want to relax and have a quieter vacation in Southeast Alaska away from the usual cruise ship destinations.

Whether you fly, drive, or take a boat into town, you’ll have a wonderful time in Craig on your next visit!