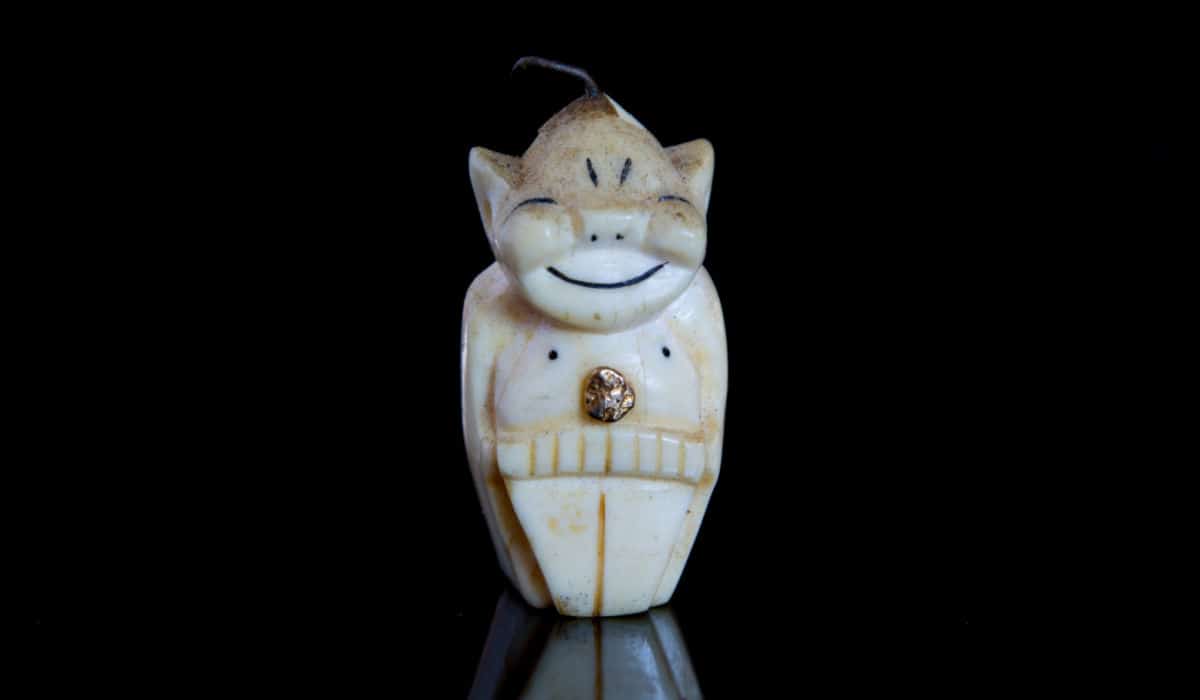 Have you ever heard of a Billiken? You may have, as they are not uniquely Alaskan, even though they do have a long history up here.

Billikens have been integrated into Alaskan culture for well over 50 years and I’ve carried on on my keychain for years.

If you’re from the lower 48 you may have heard of a Billiken in reference to St. Louis University as it’s their mascot as well as being the nickname for several (now-defunct) Minor League Baseball teams.

Even if you’ve heard the name, though, you might not know what one is or what it means.

So what is a Billiken and what does it have to do with Alaska?

What is a Billiken?

A Billiken is officially defined as “The God of The Way Things Ought To Be,” which isn’t very descriptive.

More specifically, it’s a good luck charm. It’s considered good luck to own one, but even better luck to be given one as a gift.

The very first Billiken was a fairy-like child with antennae, although it later changed and now they take many different forms.

One of the most common is a monkey-like creature with a tuft of hair on its head and a large belly. However, you’ll see them in many different forms (male/female, more/less human, etc.) based on the carver.

They are not associated with any specific religion or tribe and anyone is free to carry them or use them in whatever way. While they have become synonymous with Alaska in some ways nobody really lays claim to the Billiken as it is simply considered a mythical creature.

Where Do They Come From?

The term “Billiken” was first used in a poem called “Mr. Moon: A Song Of The Little People,” which was published in Manitoba, Canada back in 1896. It was written by William Bliss Carmen, who later became Canada’s Poet Laureate.

The term is not defined in the poem, however. Billiken is simply listed among a series of nonsense names of people greeting the moon and asking him to come out.

A schoolteacher from Kansas City named Sarah Hamilton Birchall read the poem and decided to use the name for a statue, the appearance of which she said came to her in a dream.

She then wrote a story called “While Billiken Slept,” which was published in 1907 and illustrated by her friend Florence Pretz.

How Did They Come to Alaska?

Shortly after they were created, a traveling merchant in the city of Nome showed a Billiken figure to Angokwazhuk, the legendary Inuit carver.

Angokwazhuk took the figure and made a duplicate out of ivory. Other carvers in the region saw it and began to fashion their own.

They increased in popularity and by the 1960s, they could be found all over gift shops in Anchorage, Alaska’s largest city.

These Billiken were also made of Alaskan ivory and often came with a piece of paper that had a short story or poem written on it.

One of the most common, still seen today, is this rhyme: “Rub his tummy, tickle his toes, good luck follows wherever he goes. As a blues chaser, he’s a honey, for good luck, just rub his tummy.”

Billikens are still sold in Alaskan tour shops and online today. They can be found as standalone items, keychains, jewelry, and other forms.

Some of them are still made of ivory but they are also commonly made of soapstone, caribou or moose antlers, jade, or the rib bones of the stellar sea cow.

On your next trip to Alaska, you’re bound to find all sorts of Billikens at local shops. Whether you buy it for good luck or just as a souvenir of your trip to Alaska, a Billiken is always a great purchase.