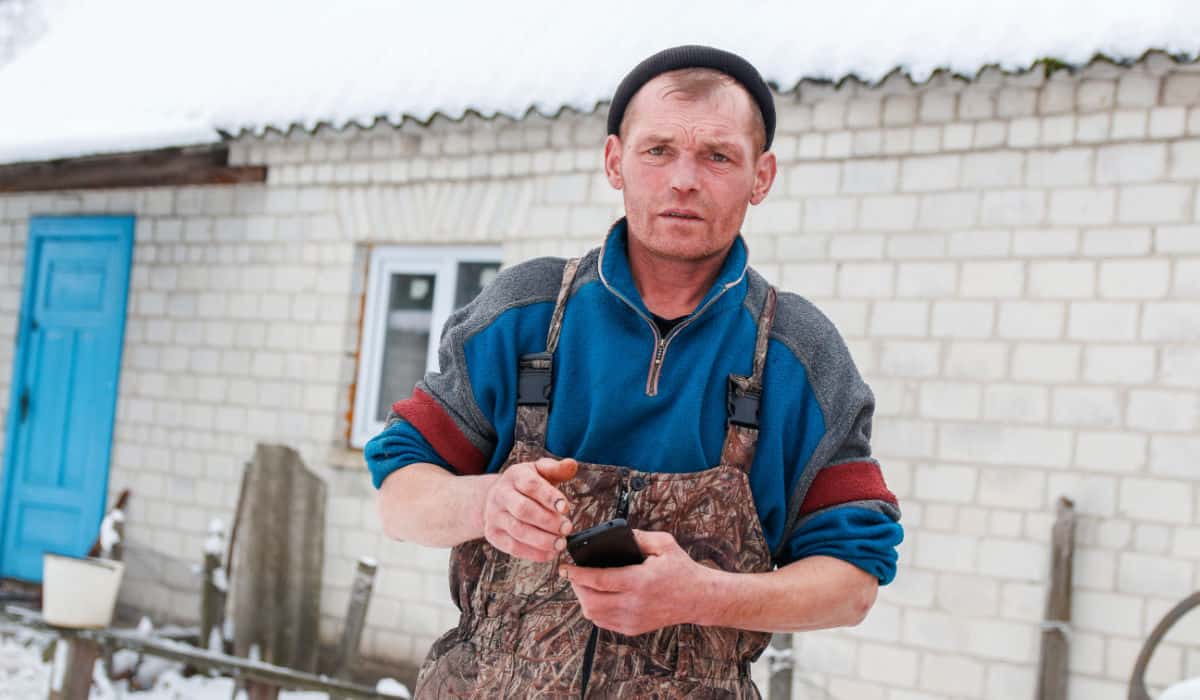 Have you heard the term Alaskan sourdough? No, it’s not a type of bread. Well, it probably is, I’m sure someone makes a product called Alaskan sourdough bread. I’m not familiar with every product made in the state.

In Jack London’s novel “White Fang,” the narrator describes a group of men in Fort Yukon who “called themselves Sour-doughs, and took great pride in so classifying themselves.”

From this, we can infer that being a sourdough is a good thing, but what exactly does it mean?

What Does “Sourdough” Mean?

“Sourdough” is a term used in Alaska used to refer to someone who has lived here for a while, although the exact requirements to earn the label might vary from person to person.

More specifically, it’s someone who has “street smarts” and understands how to survive a harsh Alaskan winter.

It is used in contrast to the term cheechako, used to refer to a newcomer to the state.

Where Does The Term Come From?

The term comes from the Klondike Gold Rush, which took place in the late 1800s to early 1900s.

A lot of people down south wanted to come up to Alaska to get some of that gold for themselves.

There was also gold on the other side of the Canadian border, which would have been accessible through the Chilkoot Trail in Haines.

Miners were only allowed to enter Canada if they had one full year’s worth of food, which typically took the form of sourdough bread.

Unlike other types of bread, which require yeast, baking powder, milk, eggs, and/or other ingredients to bake, sourdough required only a pot, water, flour, and a starter kit.

However, sourdough bread doesn’t like the cold. These miners would often sleep with their sourdough pots under their arms to keep them warm enough not to be ruined.

A few decades after the gold rush had ended, sourdough was again used as a staple food by homesteaders coming to Alaska to get free land as part of FDR’s New Deal program.

Use of the Term Today

The term is still used today to describe someone who has been here for a while and knows the ropes, so to speak.

We recently had some new neighbors move down the street. A couple of weeks ago, I went to the moving sale being held by the outgoing family.

There were several people from the neighborhood there and I overheard a conversation between two older gentlemen.

One of them said that his family had moved up in the late 80s, so he considered himself a relative newcomer to the area.

The other man laughed and said, “Oh no, you’re definitely a sourdough if you’ve been here that long.”

This brought up an interesting point that I had never considered, even going back to 8th grade when we learned the term in social studies class.

Since it’s an informal nickname, the requirements for being called a sourdough aren’t strictly defined. Some people might say two or three winters are all you need, while others might insist that it takes at least nine or ten.

As a resident of over 30+ years, the term gives me a sense of pride. If you visit Alaska and decide that you’d like to live here, you too can earn this badge of honor.

Be sure to check out our article on other unique Alaskan words & phrases and you’ll be a sourdough in no time!