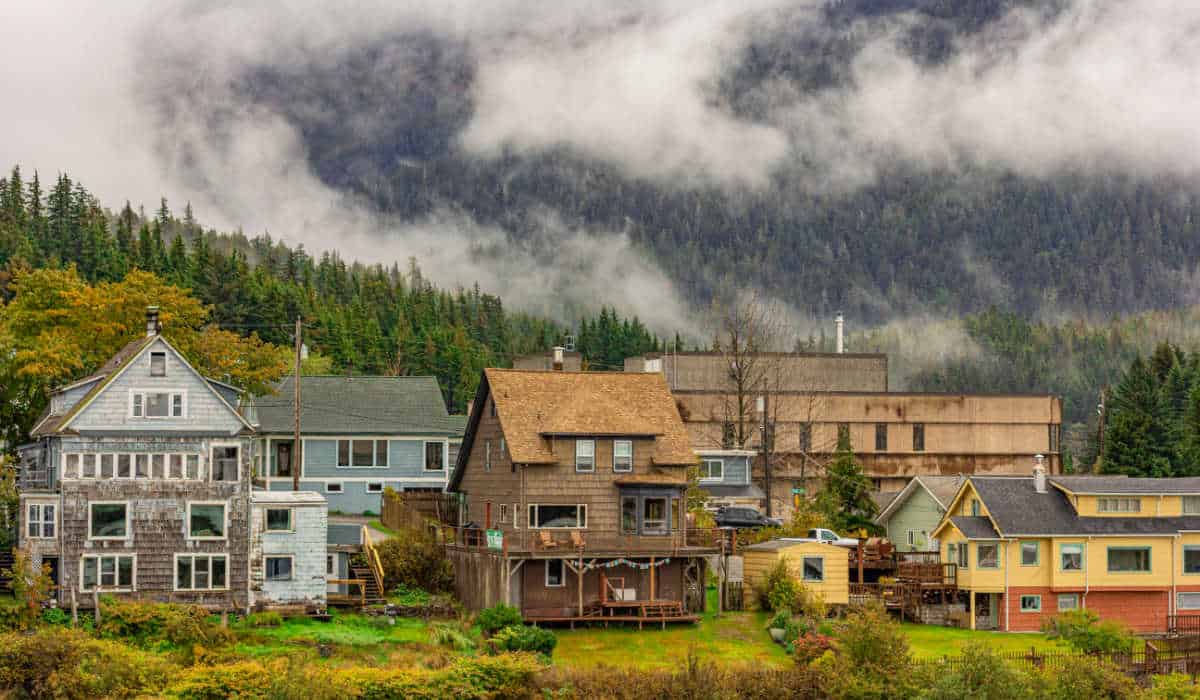 People often wonder what it’s like to live in Juneau, Alaska. Whenever I talk to someone from the lower 48 for the first time, that’s always their first question.

I’ll start off by saying that it has its ups and downs, just like every other place in the world. I’ll alternate between the better parts and the less good parts, but I will end with a good one because I always believe in ending on a positive note.

Whenever someone asks me what the best part of living in Juneau is, I instinctively say the same thing every time: “Oh, it’s beautiful. It’s like living inside of a painting or a postcard.”

It’s not just the beautiful sunsets, either. Juneau has wetlands, mountains, hills, forests, beaches, and many other geographical features, so there’s something for everyone.

I’m not really even a big hiking guy, but sometimes, it does feel nice to get out of the house, grab a bottle of water and snacks, and go walk one of the dozens of trails out in the Mendenhall Valley.

Ah, yeah. The weather. Juneau is situated in the heart of The Tongass National Forest, the single largest rainforest in North America.

On average, Juneau receives 70 inches of rain and 70 inches of snow per year. It rains or snows here around 236 days a year, just under 8 months’ worth.

It rarely goes below 0 degrees Fahrenheit in the winter and very rarely goes above 80 in the summer, although we did recently have several days that hot during the recent heatwave.

In Fairbanks or some of the other cities, it gets much colder in the winter and much hotter in the summer.

I was once told by a fellow from up north that, at -42 degrees, you can pour a cup of cold coffee out of your truck window and it’ll freeze before it hits the ground.

I have no idea if that’s true, but I like to believe it is – and I’m not overly interested in testing the theory myself!

The People and Culture

No judgments! These are just my thoughts on some of my fellow Alaskans, who are generally very good people.

A lot of people are attracted to Alaska because it’s out of the way, particularly down here in the Southeast.

Many Alaskans generally like to be left alone. People come here to enjoy the solitude of small-town life.

When I went to college at UAS, half the students in my dorm said they specifically chose Alaska as their destination because they wanted to get as far away as possible from their previous location.

If someone really likes to be alone and has the money, they can buy property 10 or more miles north of Auke Bay, where the nearest neighbor could be half a mile or more away.

For those who enjoy small towns and don’t mind the idea of having neighbors, there is plenty of housing downtown, where your nearest neighbor could be 15 feet away.

The biggest thing to point out about Juneau is that, despite having a population of 32,000 or so, the land area is massive.

At 2,704 square miles of land, Juneau is the second-largest city in The United States, behind only Sitka, which is about 100 air miles away. This leaves life for those living here very dissimilar to those living in rural Alaska.

A lot of people in Juneau like the outdoors, with popular activities being hiking, fishing, boating, and hunting.

For the younger generation (and some older folks), one of the main attractions is Eaglecrest Ski Resort over on Douglas Island.

I’ve heard a lot of stories, but I’ve personally never gone skiing or snowboarding up there, much to the confusion of my friends. I told a friend last week that I’d never gone to Eaglecrest despite living here for nearly 30 years.

She looked at me as if I had just grown a third nostril and told her I was moving to Bhutan. A week later, she still can’t believe it.

Juneau also has a strong Native American population, primarily Tlingit, Haida, and Tsimshian, but with others as well. If you’re interested in Native cultures, Juneau is one of the best places to learn and understand.

The most common types of crime here are property crime and drug abuse, much like in most small towns. From 2008 to 2019, Juneau had a total of 11 murders. In six of those years, the number was zero.

Other than the weather, the large bear population can be a deterrent to some people. Admiralty Island, near Juneau, is called Kootznoowoo by the local Tlingit tribe, which translates as “Fortress of the Brown Bears.”

There are estimated to be over 1,400 brown bears on the island, which is the 132nd largest in the world. Juneau has a smaller number, but it’s still considerable and it’s worth being prepared.

Unlike the events of the movie “Grizzly Man,” which actually happened up north, no serious bear attacks have ever been reported in Juneau.

The main nuisance they present is in the form of eating household trash. “Garbage bears,” as they’re called, are the cause of a city ordinance requiring everyone who puts household garbage on the curb for pickup on trash day to only do so at 4:30 AM or later on pickup day.

For people whose garbage is picked up at the beginning of the route, 6 or 7 AM, this can sometimes pose a bit of an issue.

I’ve written a lot of words here, but I’ll try to summarize as best I can.

People in Juneau, like most Alaskans, like our independence, but are some of the friendliest people you’ll ever meet.

No matter what your interests, hobbies, or lifestyle choices are, you can find something you’ll like here in Juneau.

It’s a beautiful city, but you should be prepared for a lot of ice and snow in the winter, plus rain every other time of year.

I’ve lived here for over 30 years. I’ve spent a few months at a time in other places and I enjoy traveling to get away from things every now and again, but truth be told? There’s nowhere else I’d rather live than in Juneau, Alaska.