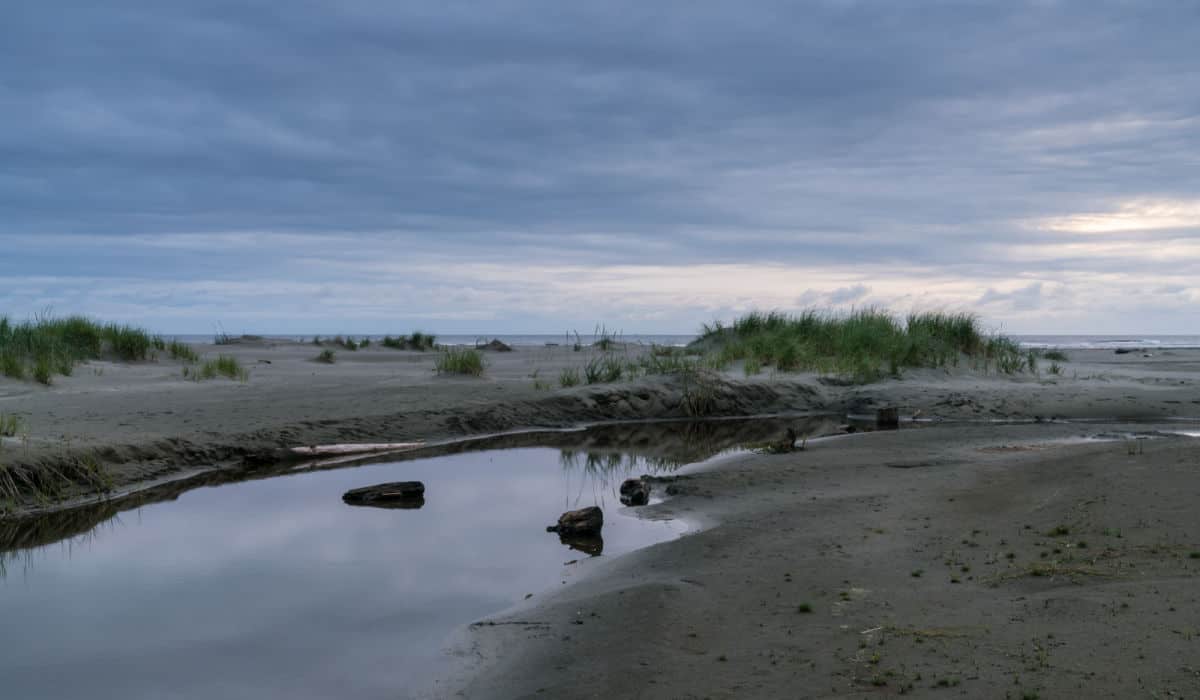 My cousin sent me a text message the other day that read, “Hey, looking at houses in Ocean Shores with my wife. There has to be something wrong with this place, right? Why is housing so cheap?”

It’s a good question, as I often wonder that myself when I look at houses in a certain area and notice that prices are a bit lower than I was expecting.

Let’s take a look at some of the reasons why people might not want to live in Ocean Shores, Washington.

The “Bad” About Ocean Shores

Ocean Shores is located on the Point Brown Peninsula on the Washington coast, with the Pacific Ocean to the west, Grays Harbor to the south, and North Bay to the east.

The only road in or out is State Route 115. If anything happens to that stretch of highway, I hope you have a boat! Even something like road construction can make driving out of town a pain in the neck.

Speaking of leaving town, if you want to fly anywhere on a commercial airline, you’ll have to drive the roughly 100 miles to Seattle-Tacoma International Airport.

For groceries, you have two options in town: Ocean Shores IGA and the Oyhut Bay Market and Bakery. Both offer limited stock and high prices.

If you want to get anything they don’t sell or are out of stock on, you’ll have to drive 45 minutes each way over to Aberdeen.

The only furniture available in town comes from tourist shops with extremely high prices as well. To get anything they don’t have, you’ll have to order or borrow a truck and drive over to Aberdeen.

I don’t mean “the political views of residents” here, which are relatively moderate (especially compared to liberal cities like Portland and Seattle…!) and are pretty evenly split between the two major parties. I mean the local politics involving the city government.

In 2019, the city appointed a new fire chief, who had an arrangement with the then-mayor (who has, sadly, since passed away) that he could only be fired for cause.

A year later, the firefighters’ union took a vote of no-confidence in their chief, arguing that his management style was abusive and, as a result, the department had a high turnover rate due to all of the people seeking employment in other towns.

After he lost that vote 19-0, he was then put on administrative leave by the mayor before being fired. He sued the city for $1.4 million, then settled for a little over half that amount.

I don’t know enough about what happened to say what was right and what wasn’t but I do know that there doesn’t seem to be a hero in this story.

This is just one of several lawsuits that have been filed against the city over the years, which is what I think police and legal shows refer to as “a pattern of behavior”.

The city itself has had numerous budget issues over the years, to the extent that in 2014 they got rid of the Surf Rescue Team whose sole mission was to rescue people lost or trapped out at sea.

A few years ago, they instituted a program where a drone flies out and drops flotation devices to people. I’m sure it works fine but if it were me or one of my loved ones out there, I think I’d prefer an actual being.

The city also has a history of failed development projects and other infrastructure issues, like having to cut down a bunch of trees by the city airport’s runway in order to receive upkeep money from the FAA.

I’m not an expert but it seems to me like it would be a bad idea to have a bunch of trees encroaching on a landing space for small aircraft. Maybe they shouldn’t have waited for the money and done it before but I don’t know.

Don’t get me wrong, I love tourists. I have been a tourist many times before and plan to be one again soon.

That said, if you live here, I hope you don’t mind a lot of tourists coming through during all months of the year. It is estimated that nearly three million visitors come to Ocean Shores every year. Ocean Shores is the closest beach location to Seattle which results in tons of rich people wanting to come over to the coast.

This huge population surge creates a huge disparity between “tourist Ocean Shores” and Ocean Shores for the local population. Once you get away from the beach, things go downhill fast.

For comparison, Ocean Shore’s annual visitors are over twice the number of cruise ship passengers who visited Juneau, Alaska in 2022, which is a much larger location.

Officially, Ocean Shores is listed as 8.51 square miles of land, which means residents will “enjoy” packed beaches, long lines at restaurants (that, honestly, aren’t that great in the first place), and the other downsides of increased visitor activities.

Some of those tourists bring diseases with them, too, which is part of the reason why the town is often referred to as “Open Sores, Washington”. Not by me, of course, because I’m a very polite person. Other people have called it that, though.

For being a beach community, the weather isn’t as hot as you might think it would be. The average high temperature from July through September is between 66 and 67 degrees Fahrenheit, which is fine but the humidity can make it unbearable at times.

However, the city also receives an average of 75 inches of rain every year, which is twice the national average. It rains or snows about 193 days every year.

It’s also cloudy very often and it rains a lot in winter. On average, there are 122 sunny days a year in Ocean Shores, much less than the national average of 205 days a year.

The main kicker for my wife and me when we were thinking of moving to Ocean Shores was the lack of available healthcare. My wife has several chronic issues that would have required us to drive an hour or two for routine checkups.

While there is a medical clinic they have limited hours (like, open for only two hours on Mondays). The lack of clinics and hospitals means that Ocean Shores does not make the list of places to retire for most people.

Wow, Is Anything Good in Ocean Shores?

After spending all of this time telling you about all of the city’s problems, I wouldn’t feel right if I didn’t say some nice things about Ocean Shores to balance out all of the negativity.

On a sunny day, it’s a great place to enjoy the beach and relax in the sun. I imagine the locals know the best spots, away from the many visitors (assuming those spots exist!) and if you move there, I’m sure one of them will let you in on their secret.

If you have a boat, sailing around the harbor is almost guaranteed to e a good time. I’ve never had a bad time on a boat unless it was raining.

According to the FBI, the crime rates in Ocean Shores are lower than both the rest of the state and the national average, with the most common type being property crime. If you live here, you’ll want a security system in your home.

Overall, the main reasons people might not want to live here are the relative isolation (only one road into town), local political corruption, the lack of shopping options, and the weather.

On the other hand, living on a beach with relatively low crime rates, being able to go out boating when the weather allows, and having less extreme weather than other places in the United States doesn’t sound all that bad to me.

I’d recommend spending a few days or even a week in town before you make your decision to buy a home or not. After about five or six days, you should have a pretty good idea as to whether or not you’d like it to be permanent.

Even if you don’t decide to call Ocean Shores home, it’s still a great place to visit and should be part of any great adventure on Washington’s Pacific Coast. Start planning your trip today!