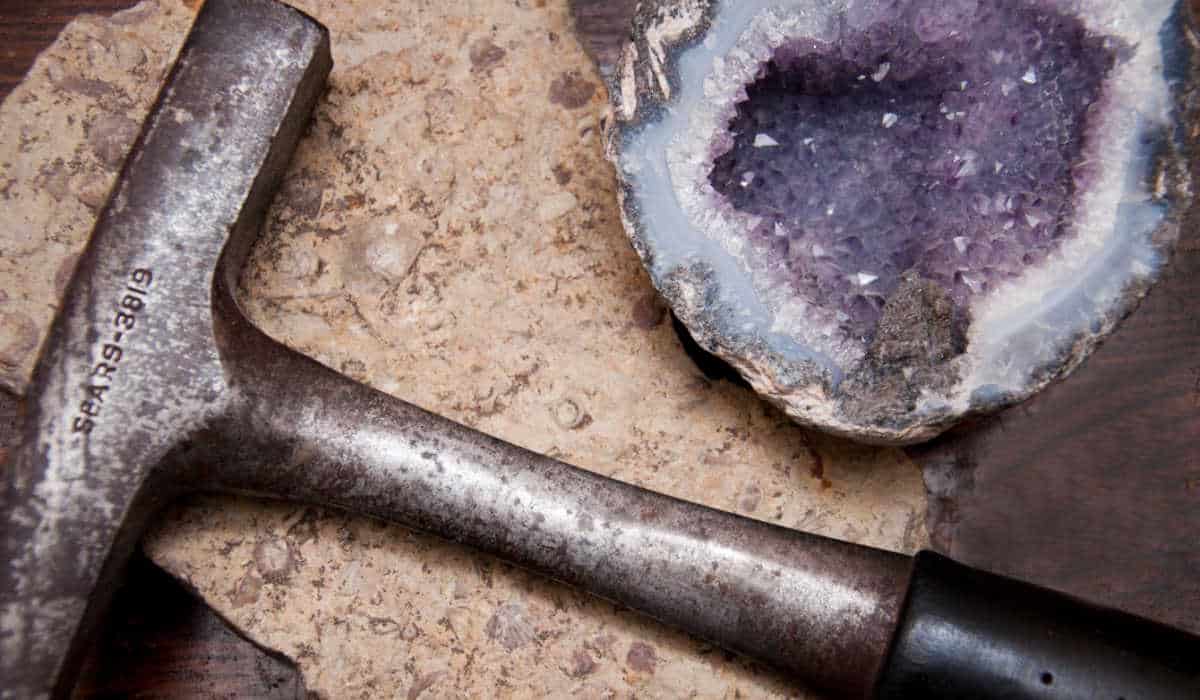 Quartz is used in healing, home decor, and jewelry. They look beautiful, and wherever there is beauty, there is human interest in finding, appreciating, and commodifying it. Whether you’re an aspiring professional rockhound or a hobbyist collecting quartz for personal possession, you have plenty of options in Oregon.

You can find Quartz in Oregon if you visit Quartzville Creek in Linn County and Bear Creek in Jackson County. Specific varieties of quartz like jaspers, agates, and thundereggs can be found in water bodies across Oregon’s Wasco, Malheur, Wheeler, Jefferson, and Crook counties.

This article will teach you all you need to know before embarking on a quartz hunt in Oregon, including the type of quartz found in different counties and their uses. You will also discover if you can hunt for crystals without a license and what you cannot harvest while rockhounding in Oregon. But first, let’s look are the different places where you can find quartz in Oregon.

8 Places To Find Quartz In Oregon

Named after its abundance of quartz crystals, Quartzville Creek is a popular rockhounding site in Linn County.

You can find gold, agate, and quartz crystals of various sizes at this location. Also, look for agates, Jaspers, and even petrified wood in Quartzville Creek.

Also located in Linn County is the Calapooia River, which boasts an abundant supply of agates.

While agates aren’t the type of quartz that typically comes to mind when hearing “quartz,” they do fall into the category of a specific variety of quartz.

The likelihood of finding silica quartz is lower here, but if you’re interested in jaspers and agates, this river is worth checking out.

Bear Creek got its name from the once-present bear population in the area. With that non-existent, this Jackson County creek is relatively safe for visitors. And one of the reasons to visit it is the silica quartz, jaspers, and agates found in its waters and along its shores.

Maury Mountains are located in the Ochoco National Forest in Crook County.

While mainstream quartz is hard to find here, you can see moss agate, which is technically quartz. However, it looks different from the silica crystals you’re familiar with.

Moss agate looks like a precious stone with layers of green color in it, and one way to describe its appearance is “green resin art on a white marble canvas.”

These “eggs” are opaque rocks with an exposed quartz crystal core. They are also considered quartz in a technical sense.

If the above description of thundereggs fascinates you, you may also check out the White Fir Springs (rockhounds also frequent them for their thunderegg abundance).

Since thunder eggs can fetch anywhere between a few dollars and $300 in the open market, depending entirely on their size, a rockhound doesn’t just visit one spot to harvest them.

The south Oregon coast is open to the public in specific areas, while private development cuts off access to other sites.

Everything from silica quartz to jasper, from petrified wood to serpentine, washes onto the south coast beaches in Oregon.

What Type of Quartz Can You Find in Oregon?

Quartz isn’t just plain silica crystals that the general public understands them to be. Various geological and environmental conditions result in a wider variety of quartz.

Here are the different types you’ll find in Oregon.

Agates are known for their multilayered appearance. They can be used in jewelry and home decor.

You have the highest odds of finding agates on Oregon beaches as they wash up with a predictable frequency. You know you have spotted agate quartz when you see a crystalline stone that resembles resin art.

Jaspers are red quartz, often rounded and polished to smoothen their surface curvature further. They are commonly used in finger rings.

Eastern Oregon is the best place to find this variety of quartz. You can find jaspers in Malheur County, Sherman County, Deschutes River, and the Willamette Valley.

The state rock of Oregon, a Thunderegg, is a particular type of quartz that is encapsulated in an egg-like silica formation.

It features an exposed crystalline heart with an opaque rockesque exterior and looks like thunder caught in a stone.

These are quartz that comes to mind when you hear the word “quartz.”

With sufficient purity, these quartz become crystal clear if not white. They don’t require as much polishing as their impure alternatives.

Most rock hunters simply call them quartz, often considered the main type of quartz by novice rockhounds. The clear quartz that is crystalline and sharp-edged stands apart from varieties like jaspers and agates.

Things to know before you start hunting for Quartz in Oregon

Now that you know where to find quartz and which variations of quartz you’ll find along the way, let’s go over a few things worth keeping in mind:

Is Oregon the Best State to Rockhound?

Oregon is a reasonably good state to rockhound, but it isn’t the best, especially for crystal quartz (that award goes to Arkansas). However, the value of quartz isn’t high enough to warrant going outside the state to rockhound.

Is Quartz a Lucrative Market?

Professional quartz miners make less than minimum wage in some states. But these are employees of mines, owners, and contractors.

Rockhounds can make as much money as their trading power and selling abilities allow.

It is generally not a good idea to restrict your rockhounding to one type of quartz or even a single type of rock. But that’s advice for pros, and you get it straight from the horse’s mouth once you apply for a license.

Hobbyist quartz hunters can restrict their hunts to a specific type or even color of quartz.