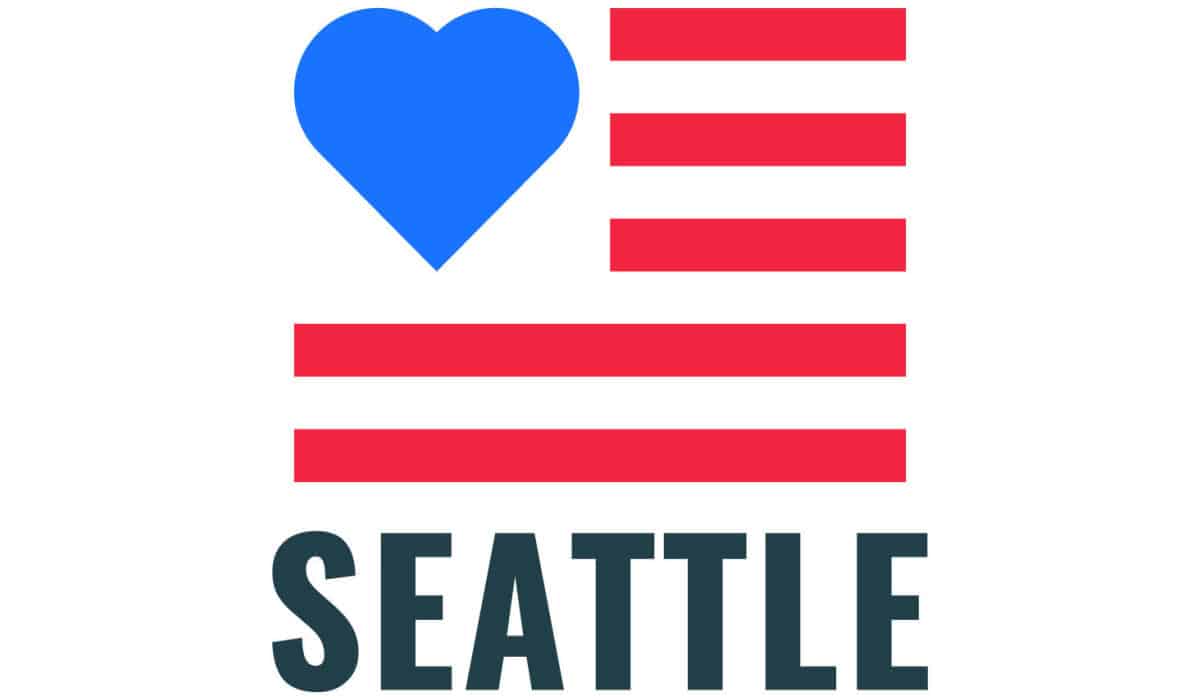 Seattle is one of the most divisive places in the United States, with many people both across the country and here in Washington State with strong opinions about the city.

Since I moved here over a decade ago, I’ve had probably one thousand conversations where I told someone where I lived and I always get a minute-long response every time, one way or the other.

I’ve never once had someone say, “Seattle? Oh, okay,” and then move on with the conversation.

Some people love it and some people hate it, but why? Let’s take a look at some of the reasons why Seattle is beloved, then look at why others hate the town.

Say what you will about Seattle in general, but nobody disputes that it’s one of the most beautiful places in the Pacific Northwest and the United States in general.

Not the whole town, obviously. Just like every city, it has buildings and neighborhoods that have seen better days and could probably use a fresh coat of paint or some landscaping.

That said, on a clear day when you can see Mount Rainier or if you’re one of the hundreds of parks in the Seattle city limits or the metropolitan area, the view is absolutely gorgeous.

There are also many hiking trails in and around the city, making it a great destination for nature enjoyers of all skill levels.

Seattle has one of the best public transit systems in the United States, especially if you like sports and want to see the Mariners, the Seahawks, the Storm, the Kraken, or the Sounders.

The Link Light System, which currently goes from Federal Way to Northgate, stops within a few blocks of T-Mobile Park, CenturyLink Field, and Climate Pledge Arena.

In other cities, the stadiums are often in the suburbs with expensive parking and several bus transfers being needed depending on where in the city you live.

Almost every part of the city is within a few blocks of a bus, train, streetcar, or another form of public transportation. There are also water taxis and ferries that go to nearby islands.

Seattle is well-known for its many art festivals, including the Seattle International Film Festival, the music festival Bumbershoot, and The Northwest Flower and Garden Show, among many others.

Even outside the hundred or so festivals that take place in the city every year, there are many local art galleries and museums located conveniently downtown for a more cultured experience.

Benaroya Hall, located near downtown, is the home of the Seattle Symphony and also features many concerts featuring talents from around the world.

Another major thing people don’t often realize about the city is that it is at the forefront of the healthcare industry.

Some of the country’s greatest experts in advanced medical conditions can be found here at one of the many local hospitals. Many new medical treatments, including proton therapy for advanced colon cancer, were discovered in Seattle.

The city has nearly 100,000 healthcare workers, from doctors and nurses to research and development. It’s also one of the reasons healthcare is slightly cheaper in Seattle compared to the national average.

Seattle and its metro area are well-known for amazing food options, ranging from Dick’s Drive-In which sells a $2.60 cheeseburger to Michelin-Star-level restaurants and everything in between.

Many restaurants in town offer food from around the world. The sushi in particular has been praised, with many people saying it’s the best you’ll find outside of Japan.

It is also home to Starbucks, whose first location was downtown at Pike Place Market. Today, the company has over 100 locations within the city limits and 225 in the metropolitan area.

Seattle has always been famous for its musicians, including Kurt Cobain and Nirvana, Pearl Jam, Alice in Chains, Kenny G, Modest Mouse, and many others.

One of the most famous is guitar legend Jimi Hendrix, who is featured prominently in the city’s Museum of Pop Culture, which also features a large science fiction section and hundreds of delightful artifacts on display.

It is also home to many famous music halls, including the Moore Theatre and the Paramount Theatre, both of which have been operating for about 100 years.

The most famous Seattle attraction, of course, is the Space Needle. Every movie or tv show that takes place in Seattle uses it as an establishing shot because it’s instantly recognizable, like the Eiffel Tower in Paris.

The Woodland Park Zoo has won dozens of awards and is considered one of the finest in the state of Washington.

The Chihuly Garden and Glass Museum brings visitors from all over the world, with its amazing glass art and beautiful gardens in Seattle Center.

Not everyone loves Seattle, however, so let’s take a look at some of the reasons why the city is hated by some.

The city has been referred to online in many different places as “an insane left-wing echo chamber” whose residents are completely intolerant of any differing viewpoints. While that may be an extreme way of saying it, there’s no doubt that the PNW’s largest cities are not overly friendly to conservatives.

The city was heavily criticized for allowing the Capitol Hill Occupied Protest (CHOP) to exist for nearly a month in 2020 when a large group of protestors took over several square blocks near Cal Anderson Park.

I once heard an old coworker of mine tell his parents that the city was a terrible place for anyone to the political right of Chairman Mao. Unsurprisingly, he moved a few weeks after that.

People Hate the Influx of Tech Workers from Out of State

This is one of the biggest complaints from residents, although in some ways it affects tourists and visitors as well.

Big tech companies dominate Seattle, so workers from California and other states will relocate to work for them, which in turn drives up housing prices because of increased demand.

The insane paychecks they receive from those tech jobs also cause prices to increase because companies know people can afford to pay more money.

People coming from California are especially disliked, however, because of the common phenomenon across the country where Californians move away, complain about how much they hated living there, then try to make their new home more like California anyway.

The “Seattle Freeze” (which I mentioned in my list of Seattle slang terms) doesn’t refer to wind, rain, or cold temperatures.

It’s a term used to describe the rather cold disposition many Seattle residents sometimes have towards others.

It can be difficult for people to make new friends here for a variety of reasons, although no one specific cause has ever been identified.

Some people believe that the city’s growing number of tech workers is partially responsible, as people in the industry tend to be more introverted and prefer spending time alone instead of socializing with neighbors.

I say “partially responsible” because Seattleites’ cold shoulders towards newcomers have been discussed frequently in the local newspaper “The Seattle Times” for over 100 years!

Since I touched on it briefly in the previous section, I should also mention the weather in Seattle.

It rains a lot, although not as often as it feels like sometimes. There’s a lot of wind during some seasons and it often gets very cold in the winter.

The one thing we have going for us is that it doesn’t snow very often here and when it does, it tends not to stick around for very long.

Seattle is one of the most controversial cities in the United States, with people who have never even visited having strong opinions about the city.

People love the beautiful sights and the attractions but the people aren’t always easy to get along with and the weather can be pretty bad during certain times of the year.

As for me, I’m pretty neutral about it. Every city has some positives and negatives. I’ve never been to a perfect city or town once in my entire life. Have you?

If you’ve never been to Seattle, the best way for you to form your own opinion on it is to come and visit for a few days. No matter what your interests are, I guarantee that you’ll find many adventures and locations to enjoy!